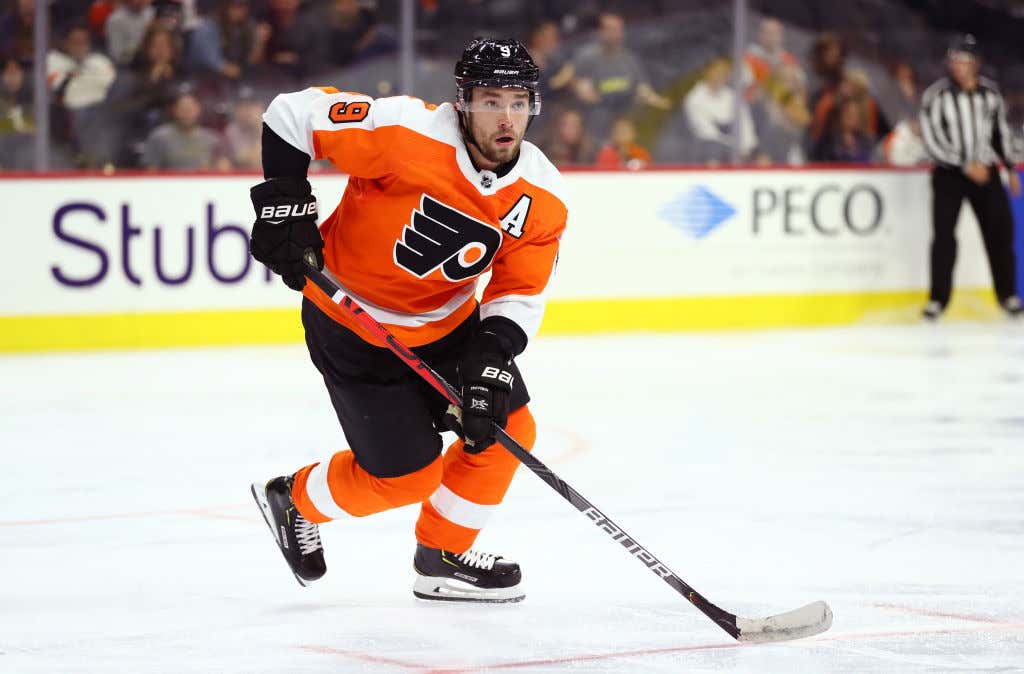 2 hours to go before the first puck drop of the season. Read up and Be A Fuckin’ Flyer.

2018-19 Season Recap: Who the fuck cares? Nothing that happened last season will have any sort of impact on this year. Last year was an absolute joke. The organization fired their head coach, fired their General Manager, they went through 8 different goalies, it was an absolute dumpster fire of a season that ended with the team missing the playoffs by 16 points. Granted, the core of this team still remains the same. But once this team stopped listening to Dave Hakstol–which seemed like they were done with Hakstol before the season even started–it was over for them. Obviously they are the guys who are out there on the ice and they haven’t been able to get anything done with Craig Berube either, so it’s not like it was just a Hakstol issue. But yeah, the 2019-20 season starts with a brand new slate.

So right off the bat, a lot of people are pretty shocked that Joel Farabee didn’t make the roster right out of camp. And I’ll admit that I would love to see Farabee in this lineup sooner than later. With that being said, I just don’t know who I’d take out of this group for Farabee to have a spot. Twarynski and Bunnaman have both earned their spot on this roster more than Farabee lost his, ya know? Also, cutting Farabee right now was necessary to keep the Flyers under the cap with the Flyers having a little over $2.5M tied up in injure reserve right now with Nolan Patrick and Tyler Pitlick. Regardless, guys like Farabee and Frost are way too good to just waste away getting 4th minute lines in the NHL when they can go to the AHL and continue to develop. I’m sure that there will be a time this season when Twarynski and Bunnaman end up getting sent down to Lehigh Valley. I’m sure there will be a time this season when Farabee and Frost both get recalled to Philly. This is just the opening night roster, there will be plenty of moving pieces throughout the season so just pump the brakes if you’re ready to jump off a bridge because Joel Farabee isn’t slated to play in game 1 out of 82.

As for the rest of the lineup? Well this is a deep, deep group that only gets deeper once Nolan Patrick is able to get his migraine situation under control. I know that AV was fucking around with the lines the other day against Lausanne but just imagine when the Flyers can roll out their top 3 lines as

It’s an insane amount of depth. We obviously won’t see this right away with the chance that Nolan Patrick is out for the majority of October, but it’s a long season. The only thing we really need to hope for is that this team doesn’t have too slow of a start to the point where AV starts to constantly juggle the lines looking for the right combinations. Just keep the lines that way, give them all some time to figure it out, and if you can roll with those 3 lines in the playoffs while sprinkling in a few minutes from a 4th line looking something like Twarynski – Laughton – Raffl? I know that this team is missing a legitimate superstar forward, but that depth more than makes up for it. Also you have to keep in mind that Claude Giroux had a baby this offseason. He had 102 points in 2017-18. He regressed to 85 points last season. Now he’s heading into 2019-20 probably feeling a little embarrassed of where this organization is at, so he’s going to be playing pissed off hockey and he also has some additional dad strength. So expect a monster season out of Claude.

Similar to Flyers Twitter being outraged over Farabee not making the opening night roster, a lot of people out there are upset with Phil Myers getting cut here. But again just like Farabee, sending Phil Myers down was just a decision made out of necessity because he is waiver-exempt. You can’t send Morin and/or Hagg down and risk just losing one of those guys to a waiver claim, even if Myers has looked better than both. The one thing that is holding up Philippe Myers from being on this Flyers roster is Andy Welinski being on injured reserve. His contract counts against the cap and the Flyers can’t get rid of him until he’s off the IR. So since the Flyers are right up against the cap, Myers was the move. But like I said, this is just for now. The Flyers play their first game on October 4th. There are 82 games to play between now and April 4th. Phil Myers will be a Flyer for the majority of those games, so just settle down.

And for the rest of the defense, well I already talked plenty about Niskanen and Braun. They obviously aren’t going to be the best players on this blueline but it’s necessary to have guys like that in the locker room. I’d expect a huge bounce back year from Ivan Provorov after having his fair share of struggles last season. He’s a 22-year-old kid who was playing the 6th most amount of minutes per game last season. He is the rock of this defensive core and has the potential to be a Norris candidate on a yearly basis. And now that he signed his 6×6.75M contract, being one of the best defensemen in the league is all he has to focus on for the next few years.

Travis Sanheim had his coming out party last season. He’s still young so I’m sure there will still be some growing pains this season, but 2018-19 was a great season for Sanheim to build on. And for Shayne Gostisbehere? Well he’s in the same boat as Provorov. I’m sure he’ll be the first one to tell you that he had a major drop off last season. But so far it seems like he’s been doing everything he can to put that behind him this year with a fresh start. With guys like Provorov and Ghost both being the types of players who will hold themselves accountable, I have no doubt that they’ll turn it back around this season. So now the Flyers really just need to see what they have with Robert Hagg. He turned into a Flyers Twitter whipping boy last season and I can’t say that it was all too unfair. I’m sure that if Hagg could go through the waivers without getting claimed, there’s probably a decent chance that he’s not playing in game 1. So we’ll just have to wait and see on that but the good news is that Hagg either proves that he belongs on the ice every night, or the Flyers have Myers right there to take over. So overall, this is a Flyers blueline with a ridiculous amount of young talent and all of them have something to prove. You have to love that even if you hate the Myers decision.

I mean this right here is the season. Everything that I wrote above means absolutely nothing compared to this. Year 1 of Carter Hart being your true #1 goaltender. He looked like he belonged once he got called up and made his NHL debut last season. He’s looked like he belongs even more so far this preseason outside of a shaky performance against Lausanne. If Carter Hart can be at least 75% of what Flyers fans hope that he can be, then this organization is heading back to the playoffs and going on a run.

The thing I love the most about Carter Hart is just how normal he seems. He isn’t an absolute lunatic psycho like we’re used to seeing in Flyers goaltenders. He’s been seeing a sports psychologist since he was 12. He always seems and sounds level-headed. He never gets too high, he never gets too low. This is a team that has a tendency to go on some erratic runs. They’ll win 10 games in a row and then immediately follow that up by losing 10 games in a row. But with Carter Hart, I don’t think that will ever be the case. I mean I’m sure that they’ll go on some lengthy win streaks but I think he’s just too calm and collected to let anything spiral out of control that drastically. There is obviously a ton of pressure on the kid right now. Everybody knows how crucial he is to the future of sustained success for this organization. But with that head he has on his shoulders, I think he can handle it. And when there are some times that he can’t, Brian Elliott can come in as a very serviceable backup. I can’t stand Elliott as a starter because you just never know what you’re going to get out of him. But as a backup? Well ESPN currently has the Flyers ranked with the 22nd best goalie tandem in the NHL. I think they’ll have to apologize immensely for that once the season is over because that’s a fucking joke.

Listen. I don’t think that this is going to be a perfect Flyers season by any stretch of the imagination. It’s probably going to take a while for this team to really get themselves going. There are way too many new pieces for this team to come out of the gates flying and never looking back. They have a new coach, a new system, a bunch of new players. It is going to take them some time to really figure out exactly the type of hockey team they are. But once they settle themselves in and figure it out? This team is way too deep, way too talented, and way too pissed off to not end up as one of the 16 teams at the end of the regular season who have a chance to play for Lord Stanley’s Cup. The Metro is going to be tough. The entire Eastern Conference is going to be tough and I don’t see a way where the Metro gets 5 teams in and the Atlantic only gets 3. I have a feeling it’ll be a 4/4 split. But on April 4th, 2020, I have the Philadelphia Flyers finishing up comfortably in that top wild card spot. Carolina and Columbus both drop off this year. Flyers and Buffalo/Montreal slide right in there.