We are admittedly a day late on this video, but that’s because it went viral on facebook. I typically don’t wade in those waters. It’s hard to find videos to blog between your aunt’s posts about why Trump should be impeached over Ukraine, your other aunt’s replies about why the fake news media is out to get Trump, and the baby pictures of the girl from your graduating class that got married too early. This has to be on our blog though because it is an all-time road rage video.

I don’t quite understand road rage to be honest. Or at least how it gets to this point. We’ve all been on these situations before. You might give someone the finger or yell an insult from the safety of your own car. That is it. You can NOT escalate it because you never know what could happen next. Before you know it you see a woman cutting over lanes with a baseball bat hanging out the window and it’s time to 1) give the apology wave and 2) throw it in reverse and peel out like you’re in fast and furious because make no mistake…this is the one of the scariest things you can see on the highway. 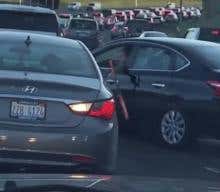 That baseball bat is out and I am sure she’s screaming something like “WHAT’S GOOD NOW BITCH” and it’s on. Grab some hair and start swinging. It was a great bout. Hands flying fast like Pacquiao. The absolute best part of the video was Janet with her associates degree in health care administration deciding she needed to get involved. CLEARLY not her fight. Third man in. She just had a bad day and wanted some action. Pick up the bat and start going to work 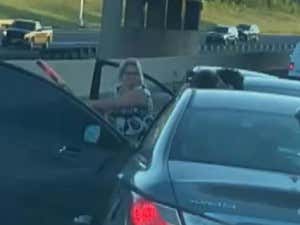 I could’ve watched this all day. Need to know what happened after the camera cut out. I like to think that someone won the fight, they exchanged insurance, and went on with their day. Just a little southside of Chicago justice. Handle it yourselves, ladies.