It’s been a rough 24 hours for my guy WSD. If you go back to the WSD Challenge #1 and 40/40 gate it’s been a rough summer. If you go back to the Machado statue situation it’s been a bit of a rocky 2019. Hate to see it, and I mean that genuinely. I’m a WSD guy. Good guy. I believe in him. WSD knows he needs to get back to the 9-9-9 challenge version of WSD. And he has come up with a solution. He knows that thinking isn’t working out for him so far this year so he is looking to outsource it. That’s self-awareness. That’s problem solving. That is growth.

–Active Listening+Mind Reading: WSD doesn’t really understand what it means to have an economy of words. He will ramble on and on and then end by asking “you know what I mean?” and it’ll be your job to piece together the last 5 minutes of stories, unnecessary tangents, +/- 14 “fucks” that he uses as a crutch word to decifer what he means.

–Time Management: On occasion WSD struggles to get himself places on time. It would be helpful if you arranged his wake up, shower time, and transportation. Make sure these things are spaced appropriated to ensure that his shower will take 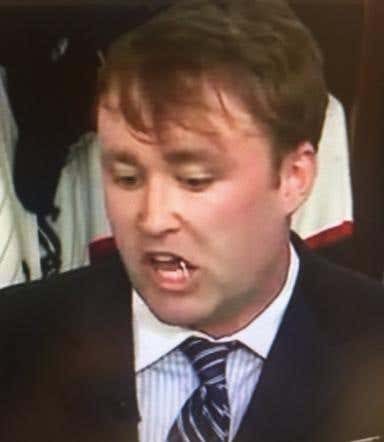 “WSD time” means budgeting your day accordingly. If WSD says something is “close to me” or that he “has the event all mapped out in his head” add an extra 120 minutes in the schedule before committing him to other blog slots, podcasts, or appointments.

Public Relations: WSD, like all of us, is going to fuck up at some point in the future even if he manages to hire a personal thinker. When the storm is brewing in NYC you need to be able to make sure that he doesn’t fire off tweets like this 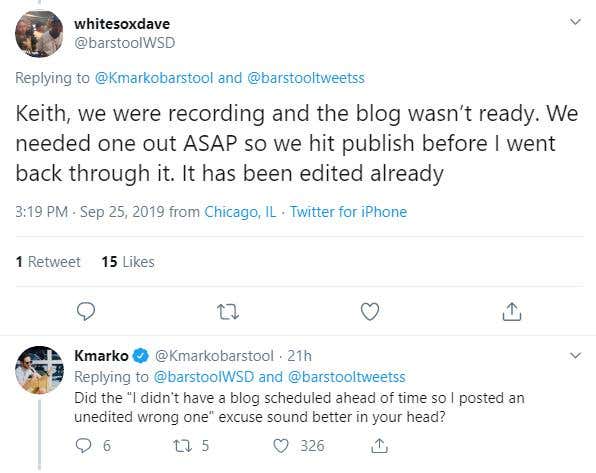 When WSD is stuck in the mud, you will be require to seize access to social media accounts and handle all tweeting until it is safe for WSD to regain access. There’s a reason why every organization and every brand has a PR Director. It’s hard to think straight when you get called out by your boss publicly and it’s even worse when your boss is a member of the milly milly social media club.

The applicant should be able to know look at WSD’s bank statement, salary, expenses, debt, and be able to manage his discretionary income. You’ll be in charge of holding his debit and credit cards at the bar. When it’s 12:30AM and WSD tries to order another round of shots for the group of girls he met 20 minutes earlier, you have the strength to be able to say no and then order him an uber home.

Same thing goes for gambling. Please be able to limit the number of bets, the unit amount, and allocate a special secret account for losses.

Be able to read his mood. If WSD is feeling down because the “cool kid corner” at Barstool HQ with Kmarko, Hubbs, Jared, etc are going a little too hard at him with their twitter fingers just remind WSD that he throws 91mph, ran the marathon, and did the 9-9-9 challenge.

I am not talking about a Back Up Coach on the sidelines. Dave needs a guy who just always has a back up of everything vital to his life. Backup set of keys to his apartment for when he locks himself out, backup debit card, backup Drivers License, phone charger, backup blogs written, backup baseball bat when he plans a hitting challenge video, but didn’t bring a bat to the field. Just carry an extra set of everything WSD owns and needs.

This one might seem obvious based on the two blogs that got him in trouble, but it’s a little deeper than that. If WSD says he has tickets, or that he has access to a particular field, or if “it’s cool”…make sure you talk to the person who actually told him those things. I love WSD. He is very loyal and he’s trusting. Having said that, he can sometimes take random strangers at their word too easily. You’ll need to check that the person who made WSD a promise can actually come through.

Compensation: Commission and Bonus Based

As WSD said in the video, money is a little tight right now. We need a creative compensation plan. It’s going to work like this…for every dollar you save WSD you get to keep 50cents. It’s found money for WSD. You intercept a round of tequilla shots…bam you just made yourself 30 bucks. Get WSD to go home at 1Am instead of leaving the Hangge Uppe at 4AM…you just made yourself probably an extra $150. You forbid him from betting on NW to cover for the rest of the season…that is $450 in your pocket. When WSD checks his bank statement(that you sent him) on Monday morning he will think he’s cash rich. If somehow you get him to kick his nicotine habit well then now you’re really cooking with gas. That is the commission structure. The bonus structure is TBD, but it will be based on time saved. Eddie, Carl, and I have all lost a good amount of hours to WSD over the years. I have to talk to them first, but I think they would agree to kick in on a year-end bonus pool based on time saved.

I promise you’ll like working with WSD. He’s a genuinely good dude who is well intentioned. Socially, he is very fun to be around. Good guy to have in the crew. He just needs a little help with organization, writing, editing, fact-checking, budgeting, and PR. Long before Portnoy wanted to hire all of Barstool Chicago full-time, he had his eyes on WSD. He wanted him first. Portnoy has a pretty good track record when it comes to talent and making people internet stars. WSD needs a little extra help with the day to day problem solving. It’s a high pressure job. A personal thinker would let Dave be Dave. The WSD everyone loves. Please inquire within.