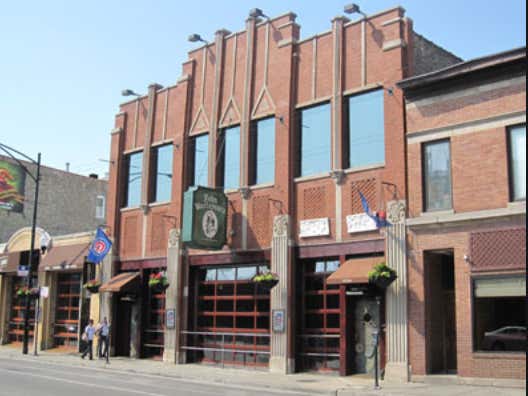 Cresco spokesman Jason Erkes acknowledged that the city’s rules haven’t yet been finalized but said the firm “will adhere to whatever is required from all medical operators to start serving recreational cannabis consumers in Chicago.”

But with Lightfoot moving last week to ban pot sales in the Central Business District, the new location’s close proximity to Wrigley Field and its tourist-friendly surroundings could make it one of the state’s hottest dispensaries — if the shop is able to sell weed to all adults over 21.

Barleycorn sucks. It’s always sucked. Like a warehouse of glossy oak tables and a median age north of 40. The food is average enough to think you were dining at a low grade California Pizza Kitchen on the outskirts of Schaumburg. It’s that forgettable so if we’re getting rid of anyone on Clark Street – and it cant be the new bowling alley or any of that bullshit, then fine take JBC and leave me be.

But here’s the thing that really pisses me off.

We legalized weed months ago and sat through the most frustrating season in 15 years with the Cubs and instead of laughing it off because we hot boxed the Houndstooth bathroom before the game, we’re all pissed off. Instead of a nice balanced edible taking me into the bleachers I’m drenched in $12 bud light getting into an argument with every asshole on my radar. Walking around this past weekend watching us lose EVERY SINGLE FUCKING GAME could have been immediately offset by smoking a ton of weed and ordering 6 DIMO’s slices to go. Like yeah the Cubs are embarrassing but I honestly forgot what we were even talking about.

Let’s go for a walk.

Way better than punching drywall and fighting strangers trust me.

how are you so good+ 3 Tags