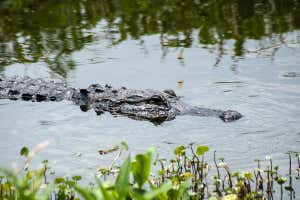 CNN – Zoologists wrangled an American alligator from school property Friday after a teacher had spotted it the day before, according to CNN affiliate WTVG. It took 24 hours to drain the pond where the 3-foot alligator was living, WTVG reported. The reptile was removed from the pond just in time for the school’s homecoming game later Friday evening. While many observers were puzzled as to how the alligator found its way to the pond, the owner of a nearby zoo said it was most likely a pet.

“It got loose or somebody let it loose — one or the other,” Indian Park Zoo owner Joe Garverick told WTVG. Garverick said he has removed snapping turtles, owls, and hawks from the same pond. “But this is our first gator,” he said. The alligator was being taken to Indian Creek Zoo in nearby Lambertville, which is already home to three other gators, Garverick said. 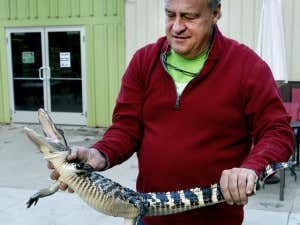 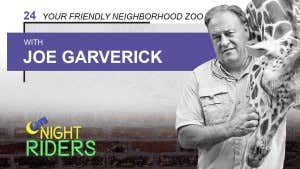 Welcome to the team.

With a second city now falling victim to gator dumping, it’s safe to declare that we officially have a nationwide epidemic on our hands. We stand with you Michigan.

Hopefully Gator Joe is ready for the future craze of gator reports he’ll be getting after this. We’ve had a combined total of 7 so far, both real and electronic, so prepare for battle. From one gator hunter to another it doesn’t get any easier. In the future don’t even publicize any more alligator-related articles, they’re only going to give the kids ideas. Everyone saw the storm of headlines Chance The Snapper v. Gator Bob created and now gator ditching is sweeping the nation. Can’t wait for 1 of these things to lay a batch of their 20-50 eggs in a downtown alley so we can have a bunch of monsters trying to get into our apartments and doggy doors every night. Something to look forward to.  In the meantime, head on a swivel. #GatorWatch2k19.