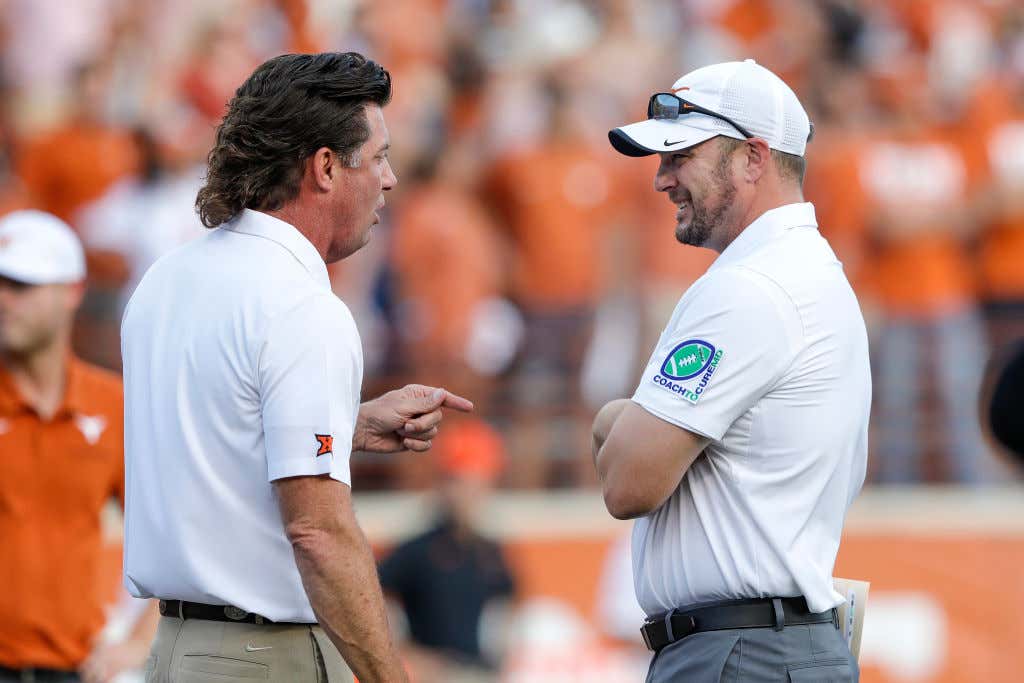 A very funny article. Would’ve been the story of 2019 if true, however, it was fake and done by a website that does a lot of similar articles.

Today, 11 days after the satirical piece hit the web, a journalist asked Mike Gundy today if the story was true:

I’ve never heard of this journalist, but boy did Mike Gundy put him on my radar with this response.

SOURCE-Reporter: “Coach, I know you were joking around Saturday night about social media. But was there any truth to the reports that Boone Pickens was kinda joking around and left you a gift card for a haircut?”

Gundy: “Don’t hurt the real journalism world. It’s jackasses like you that cause problems, OK? They shouldn’t even let you call in. Do you want to talk football? We’ll talk football. If you want to be out there and talk idiotic social media, then you need to go do something with a college kid.”

I will say that the reporter saying “ok. Thank you” was in a weird way hilarious. Great response.

Later in the day, Gundy discussed that he will figure out if he has to do the Big 12 teleconferences in the future:

Look at that beautiful hair: 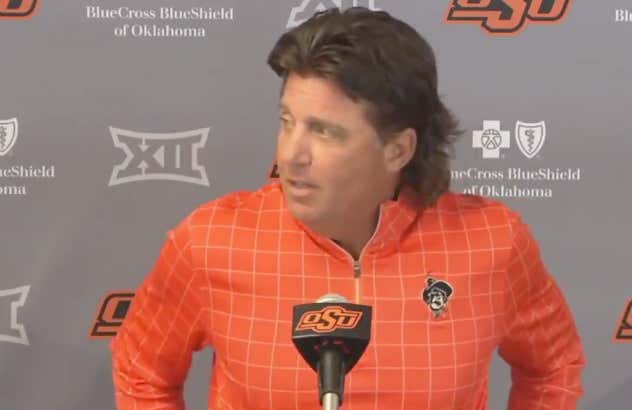 Also, that is an absolute FIRE quarter-zip.