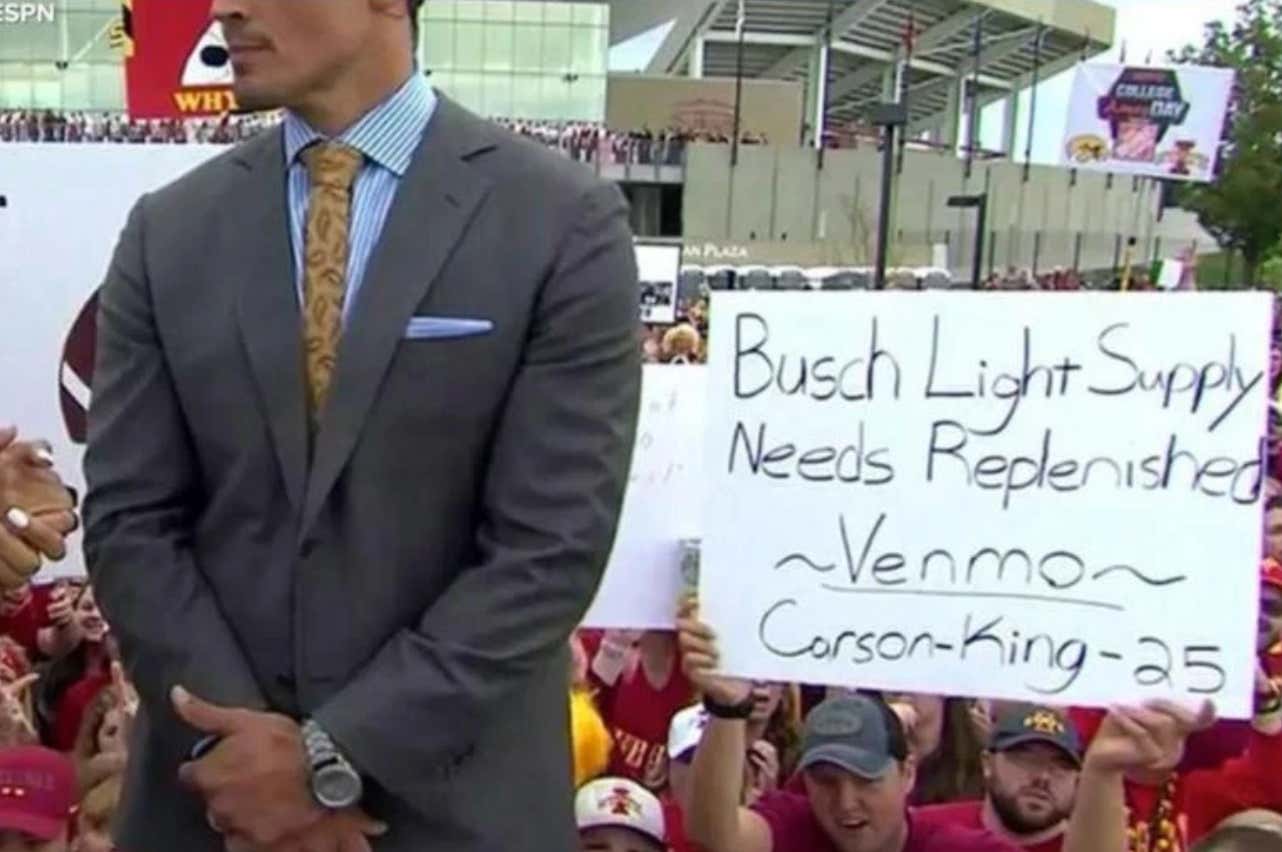 ALTOONA, Iowa – The staggering amount of money coming in to Carson King’s Venmo account continues to grow – as does the donation that will go to the University of Iowa Stead Family Children’s Hospital.

If we’re talking from a purely “viral stunt” basis, Carson King is far from the first to pull the “venmo tag on a sign at Gameday” move – kids with prime spots on Saturday mornings have been loading up on beer money that way for years.

To my knowledge, Carson King IS the first, though, to raise ONE MILLION AND SIXTY FIVE DOLLARS for charity doing it.  That’s right – $1,065,000.00 in Venmo donations

Sunday, donations topped the $1 million mark, just a little over a week after King’s sign on ESPN College GameDay at the Cy-Hawk game in Ames requested some funds to replenish his Bush Light supply. King made the sign as a joke but viewers bought in and soon hundreds of dollars were flowing into his Venmo account. [WHOTV]

I was gonna say –  I don’t wanna take away from the sick children of Iowa but Carson, buddy – go ahead and treat yourself to 2 racks.  You deserve it.

But Busch Light took care of that already.

Busch Beer is also giving King a year’s supply of Busch Light – and get this – all of the beer King is getting will have his face stamped on the can.

Getting absolutely plastered for a year on free beer with your own face on the can isn’t even a dream for a college kid – it’s like, more than you would ever actually dream, too unrealistic.

(Not to get all “contract lawyer” on everything, but let’s make sure we nail down what “year’s supply” means – lot different for a “normal person” than “college kid at Iowa State”)

Shout out the King, Carson King. 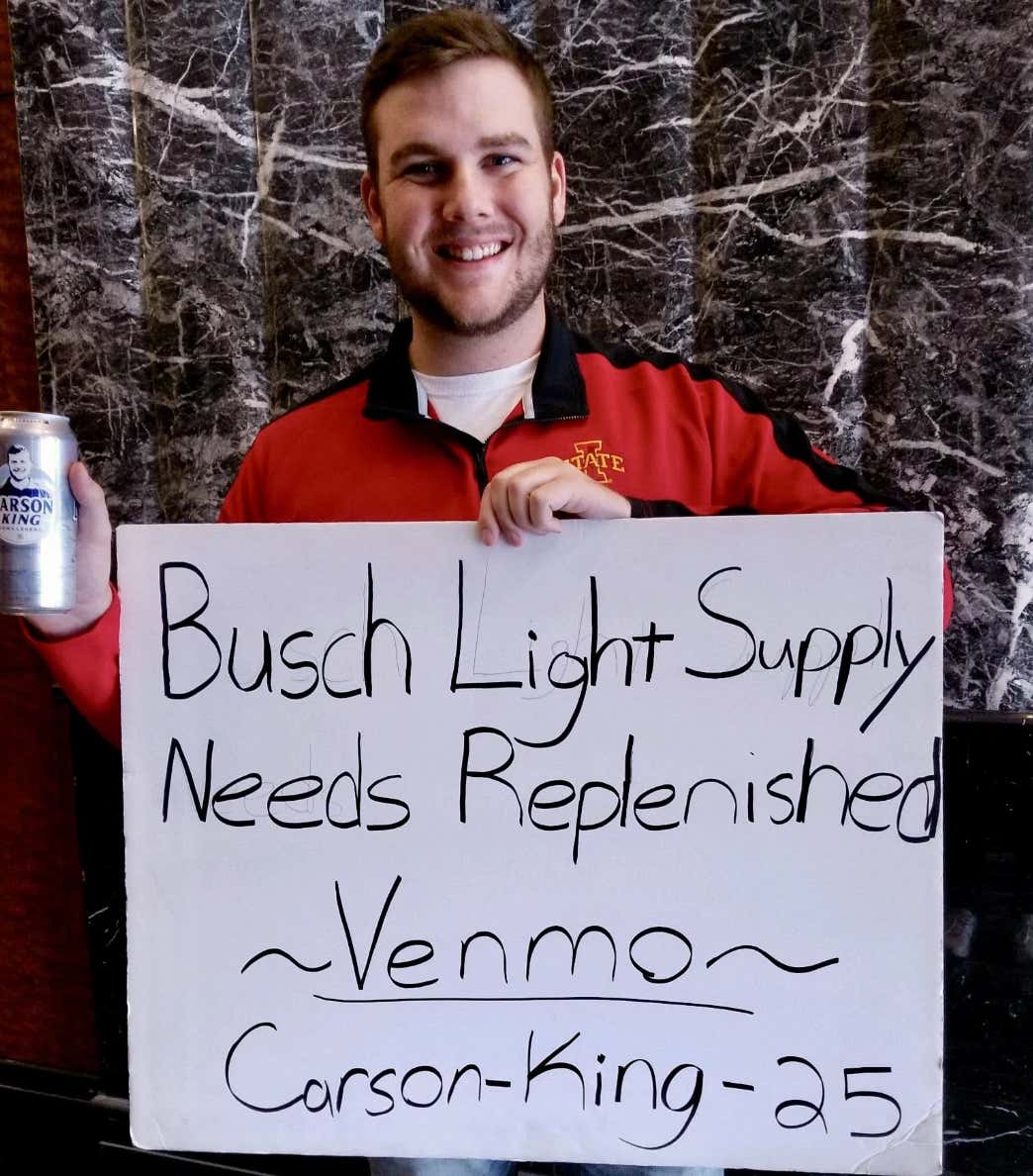 Imagine living your life as this guy? 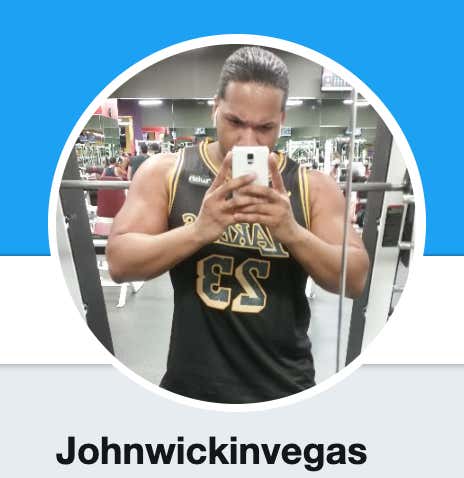 Come on man. If I was able to bite my tongue about the grammar in the sign, you can shut the fuck up and do your deadlifts in silence.