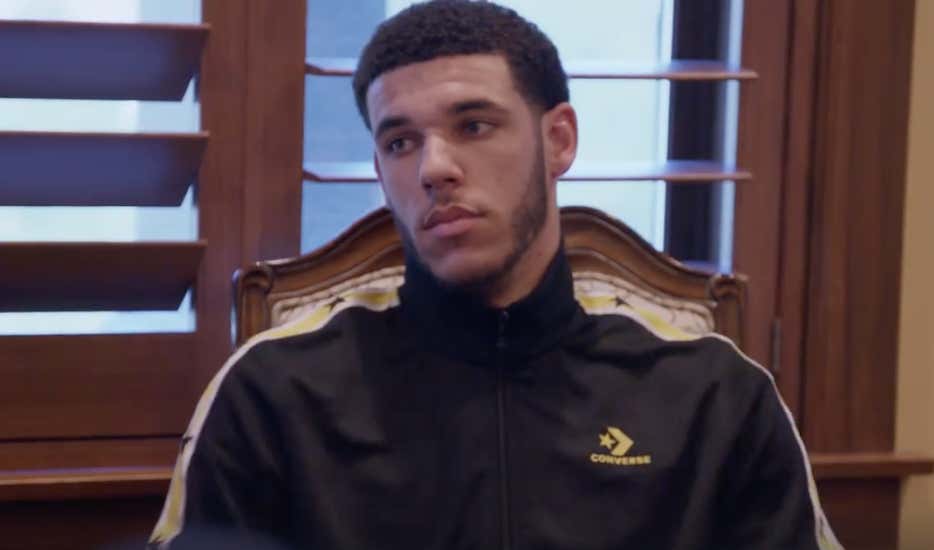 Remember about a month ago when the trailer for the new season of Ball In The Family dropped and it included a scene where Lonzo was shitting all over the BBB for basically being garbage?

That obviously didn’t sit well with LaVar, and of course you knew he was going to clap back in some fashion…..at his own son. Well now we know what that dig would be, and it’s pretty fucked up

“When I come out with a name and then somebody tells me to change it, that’s like me telling me to change your name. That’s like people saying ‘Oh, hey, change Lonzo’s name to Alfonzo on the fact that he been damaged goods for the last two years.”

OK so LaVar isn’t totally wrong, Lonzo has been injured a shit ton in his young NBA career but that’s still messed up to say about your own kid. To me that’s the biggest thing with this whole ordeal. It’s just sad to see the relationship between a father and son seem to be ruined over some shitty basketball sneakers. Lost in all this is the fact that Lonzo is also the majority owner of BBB so I’m not sure how LaVar’s strategy here helps the situation at all. Especially when you could argue that the BBB shoes may have played a role in his health issues to begin with. They say the truth hurts, nothing Lonzo said in that clip was false whether LaVar wants to accept it or not.

Call me crazy, but calling something else damaged goods when your products literally fall apart when people use them sounds a bit silly. I’m not sure that analogy played how LaVar thought it would but then again I’m not totally surprised. He doesn’t care who you are, if you come at the BBB his claws are coming out. You could be a talking head, you could be someone on the internet, you could be his own flesh and blood. For whatever reason LaVar won’t just accept this L and move on.

All I know is now that he’s not a Laker, I am definitely rooting for a huge bounce back season from Lonzo. Him and Zion are going to make sweet transition basketball music together and after dealing with the injuries and all this drama from his own family, the guy could use a break.