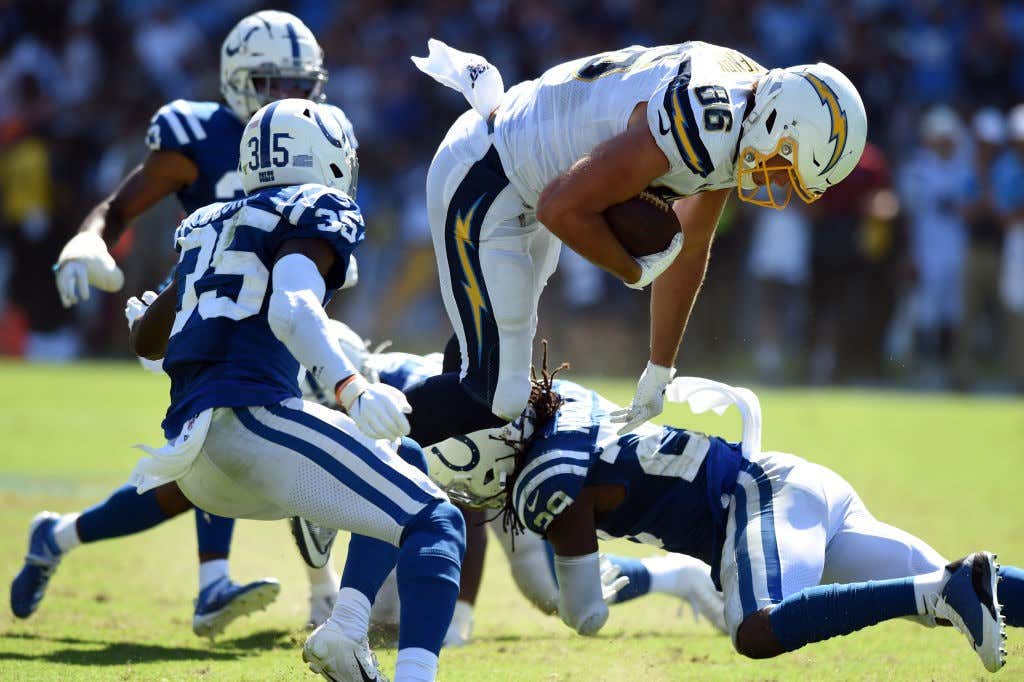 I say it every single year: either the Chargers have the worst luck in football, or the worst trainers of all time. My guess is the latter. Henry was great against the colts, hauling in 4 catches for 60 yards including a 22-yard ripper. When healthy, he is a top 5ish TE in football, but this is his 4th injury in as many years, and he’s coming off a year where he didn’t play at all after an ACL tear in OTAs. I still think they rushed him back into playoffs last year, but luckily this injury is in the opposite leg. I just hope they take their time easing him back, because my base research on this injury makes it look painful as hell. In the mean time, they signed former Texans/Patriots TE Stephen Anderson to the roster. I assume the door will be open to Gates at some point in the future, but I would imagine Virgil Green will be the everydown TE and Sean Culkin will be in for receiving scenarios for the time being. They also put CB Trevor Williams on the IR and signed Dontae Johnson.