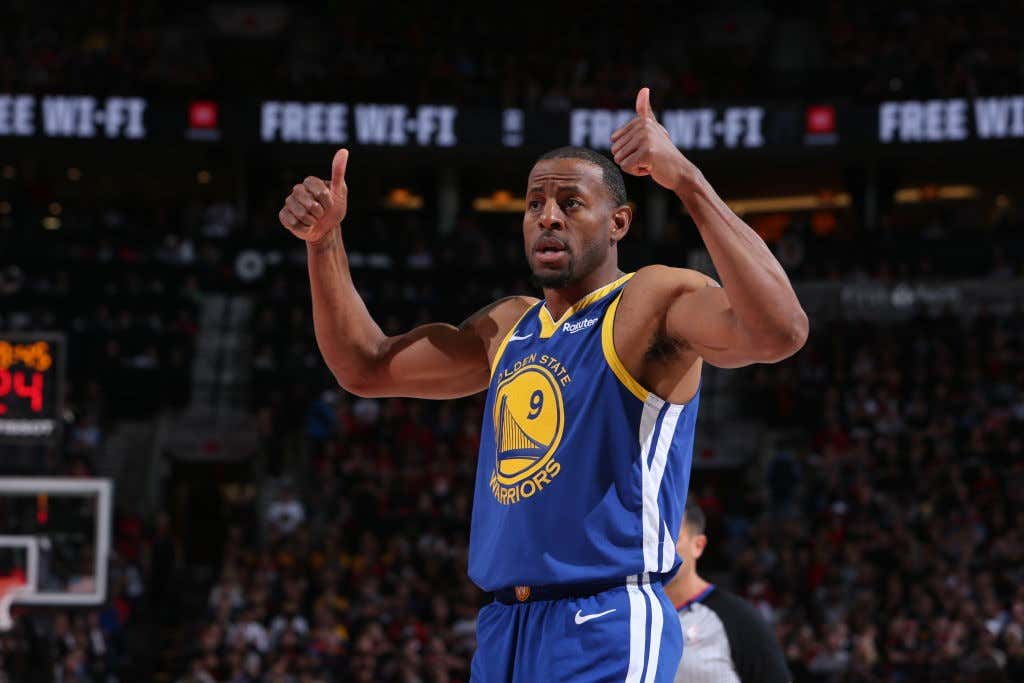 Well isn’t that some bullshit. I get it, the Grizzlies have every right to not buy out Iguodala, they traded for him they can use him however they see fit. But then Shams says the reason they got this valuable 2024 1st from GS was a way of securing a wink wink type situation where if they do this then Iguodala will be able to handle the final year of his deal however he wanted. It’d be pretty fucked up by MEM if they agreed to that so that GS made the deal, and then a few months later go back on that and actually hold onto Iguodala. Even if you think Iguodala can give you quality minutes and would be a good presence around your young franchise players, you have to let Iguodala decide where he wants to go. Basically the Vince Carter treatment. Atlanta played that perfectly. I feel for Iguodala, to have the type of insane career arc he’s had, to get traded from GS to a franchise who people think will win under 30 games. Couldn’t be more polar opposites in terms of where the Grizzlies are in their rebuild and where Iguodala wants to finish out his career. You know why it also sucks? Because there’s probably a good chance that if Iggy were to get bought out, that he ends up on the Clippers

As fans, we deserve to see that Clippers team with Andre Iguodala in the mix. He’s a factor in a playoff series if he signs with a contender, and the West playoffs are going to be so crazy I need all the talent I can get. The Grizzlies are going to be fun to watch, they have a pair of awesome young talents in Jaren Jackson Jr, Ja Morant, and Brandon Clarke. Focus on them. Don’t hold Iguodala hostage at this stage of his career, that’s just a dick think to do. You don’t need him, there may or may not have been a wink wink agreement when this thing first started, just eat the money. Is that maybe what this is? Ownership is too cheap to cut that check? Unless they have guaranteed to trade Iguodala in the next month, which is sure doesn’t sound like they’ve done since they want him to report, is it possible they just don’t want to fork over the money to buyout his contract? I certainly hope not, that’d be an even worse look in my opinion. How are you going to buyout Dwight Howard and not do the same for Iguodala. That’s messed up.

We don’t really get holdouts in the NBA, hopefully this all gets sorted out and Iguodala is freed so he isn’t forced to retire early or something. Just do the right thing and let him go, it feels weird to jerk a guy like Iguodala around.