What a wild time this has been for Alex Caruso. Last week those images above went viral and I’ll be honest, it’s a pretty good photoshop. You look quickly and I could see believing it other than the fact that this dude looks like The Hulk. Quite the improvement from what he looked like last season in my opinion 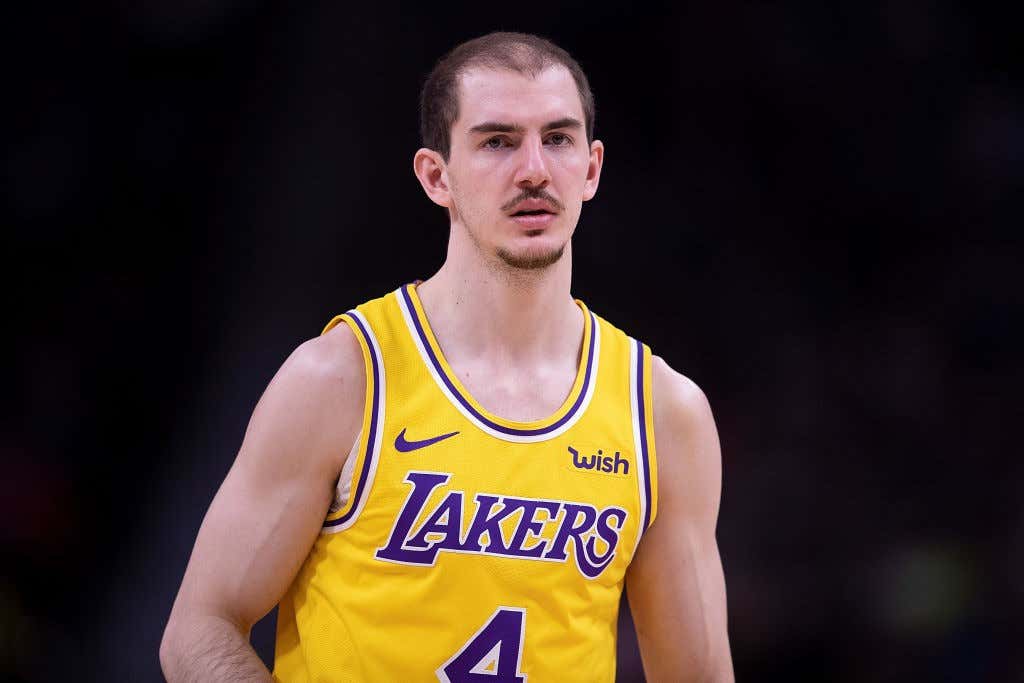 and you could make the case that Alex Caruso was on top of the basketball world. Well, those images found their way to the NBA offices and seeing as how they most likely aren’t trained to spot internet photoshops, Caruso received a little something in the mail

I mean I get it, the Lakers love cheating. Sure it’s mostly just tampering bullshit but you can never be too sure. I love that there was someone in New York that saw those pictures and said to themselves there’s no fucking way Caruso did this clean and immediately called for him to be tested. Social media continues to deliver time and time again. I love these “random” drug tests, it doesn’t matter the sport because it’s so obvious to everyone that they are in fact, not random.

Remember when Steven Jackson signed a 1 day contract with the Rams? Well guess who suddenly had the NFL requesting a “random” drug test.

Hopefully Caruso is actually clean and there’s nothing else in his system. Obviously the super jacked photo is fake, but imagine he tests positive for something else that he wasn’t aware of? That would be quite the kick to the dick.