And just like that, Carson Wentz was never touched again. How is any team supposed to even know what Carson looks like when this is the crew they need to go through to get to him? Good fuckin luck, pal. Aaron Donald might fake a hamstring injury right before the NFC Championship game just to save himself the embarrassment. The only sacks these guys are gonna see this season are the ones that are covered by those Eagles masks.

I said this in an earlier blog but I’ll say it again–you’re not actually friends with someone until you’ve seen their dick. Plain and simple. Now I’m not an idiot–I realize that every other O-line unit in the NFL has seen each other’s units in the showers. But to go Birds Out For The Boys like this and put it on display for the world to see? Well that’s a special bond that is unique to this Eagles O-line. And that’s the type of bond that can take good teams and make them great. It’s everything that this photo tried to be. 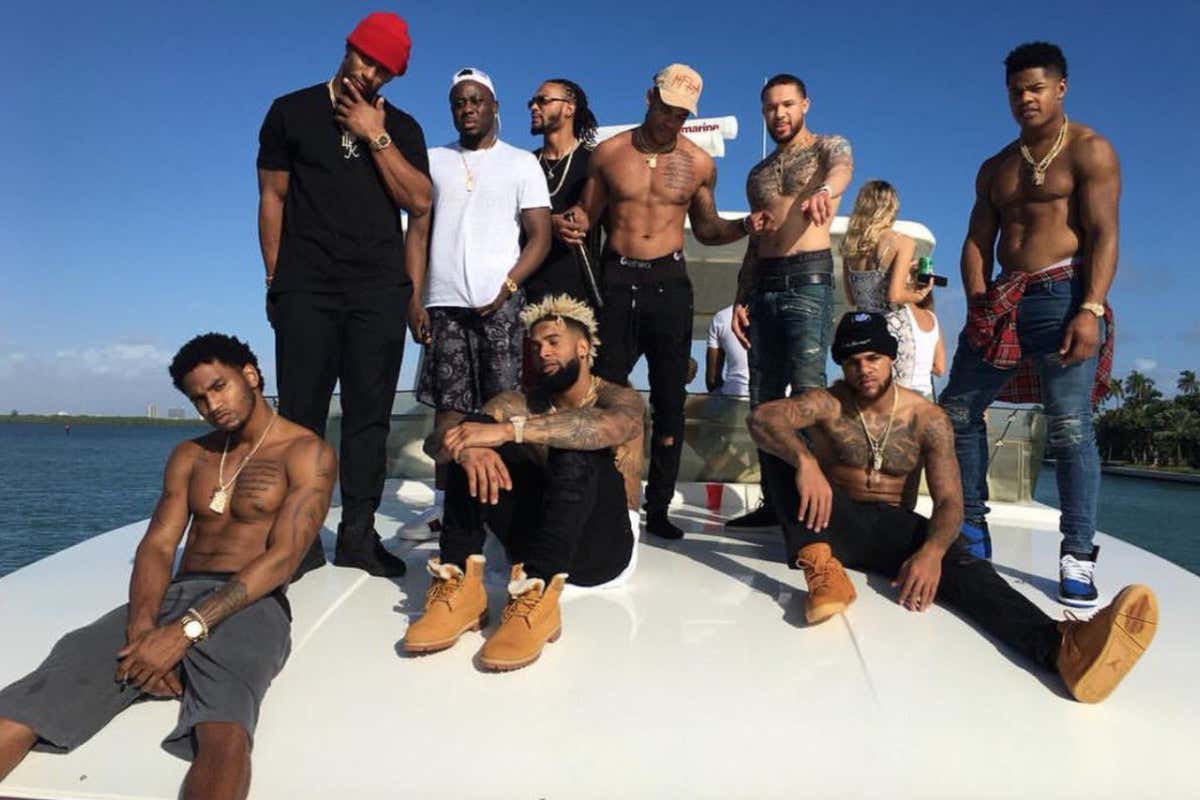 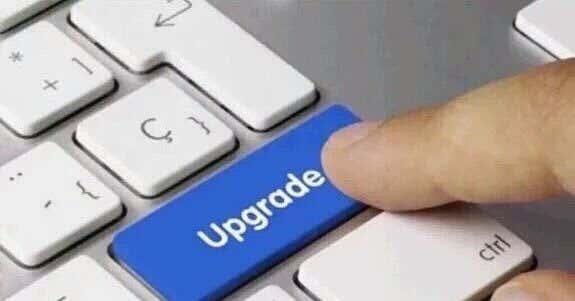 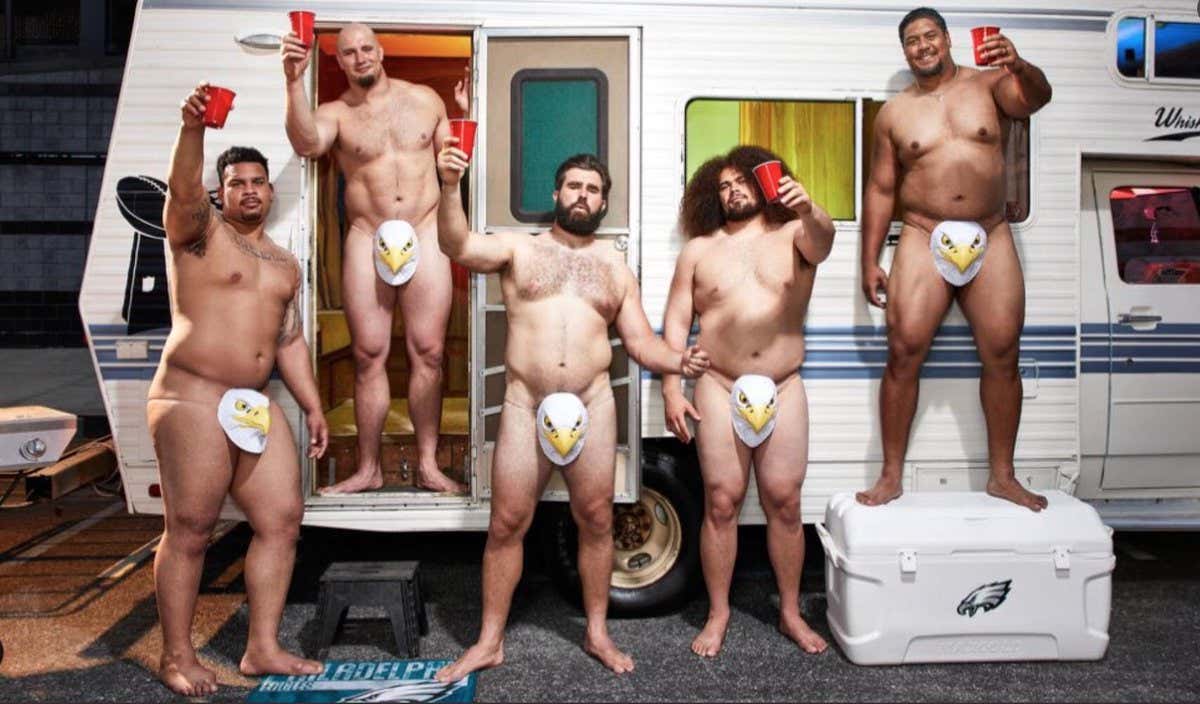 Go Birds, baby. For the sake of the Redskins, let’s just hope these fellas keep their pants on for Sunday.

P.S. – I can guarantee you that this photo will be recreated roughly 350 times in Jetro lot on Sunday. 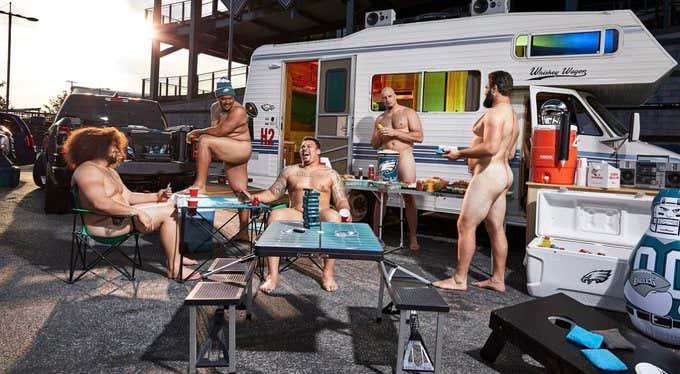