First and foremost I’d like to apologize for blogging this. It was posted to the main account twelve hours ago and I tried to ignore it, but it won’t go away. The video is everywhere. Which is a tough look for Meredith considering she’s not even one week into the school year and she’s already ruined at least her first semester. Best case scenario she tore her ACL/MCL and ruptured her patella. Worst case she’ll have to have her entire leg amputated. You can see the pain reach her face the second her foot touches the ground. 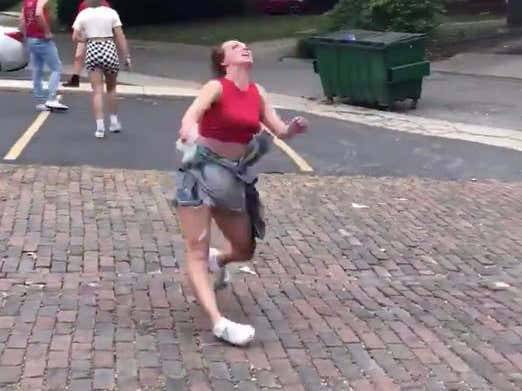 Poor girl. Her ankle is probably toast too. The worst part for her is that she went viral- 2.4 million views and counting. It’s easy to be anonymously injured, but embarrassing yourself on a national scale? Tough. Thoughts and prayers to Meredith.You’ll get em next year, champ.