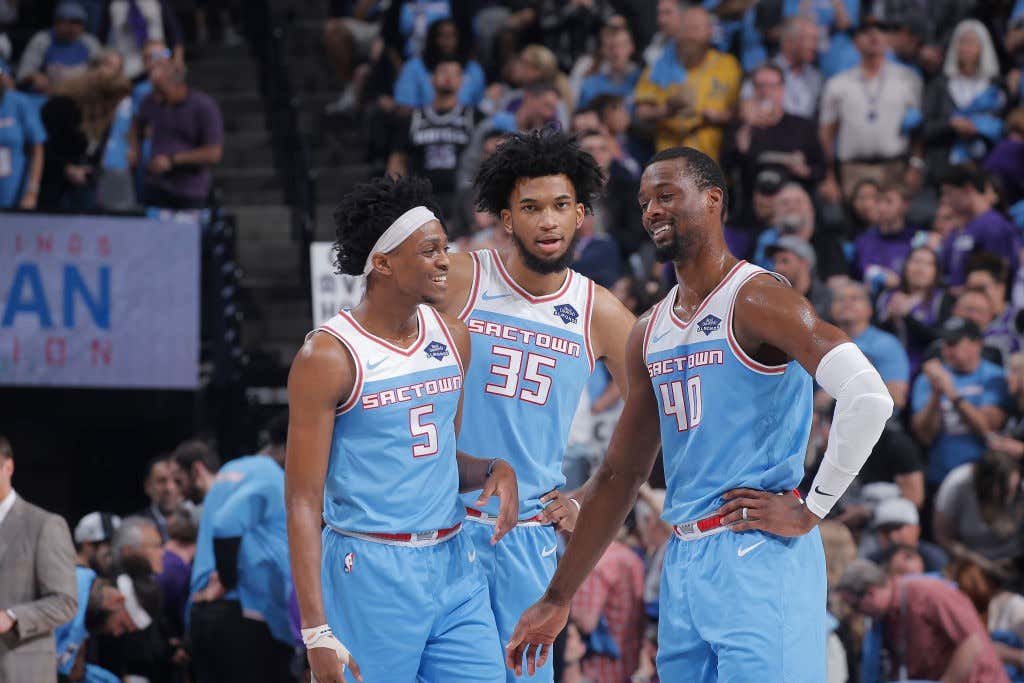 In a strange turn of events, over the last few seasons the Kings have been very un-Kings when it comes to their professional basketball team. We’re used to them being terrible and making hilariously stupid basketball decisions, I mean this is a franchise that hasn’t made the playoffs in 13 seasons and hasn’t been out of the first round in 15. It’s certainly been a rough stretch since the Chris Webber/Peja/White Chocolate days. But here’s the good news. It actually looks like they have their shit together and are actually on the up and up. Smart front office decisions, good young talent, and they’re coming off their highest win total (39) since 2007. If you’re someone who is starting to buy into the Baby Kings I don’t blame you, and a quick look at their success last year is a great place to start.

By all accounts, the Kings were definitely one of the pleasant surprises from last year. Well unless you were a Celtics fan who was banking on that top 1 protected lottery pick. That didn’t exactly go as planned. I think for most of the year people were waiting for this team to fall apart, but that never really happened. Sure they weren’t on the same level of a Clippers team that ended up in the 8 seed, but they were around .500 all the way through April 4th, which is definitely new territory for this young team. They’re 14 wins against teams over .500 was their most since 2015 and they did it with the 5th youngest roster in the league. You look at their roster now, you’ll see a core that is all young as fuck with some solid veterans mixed in 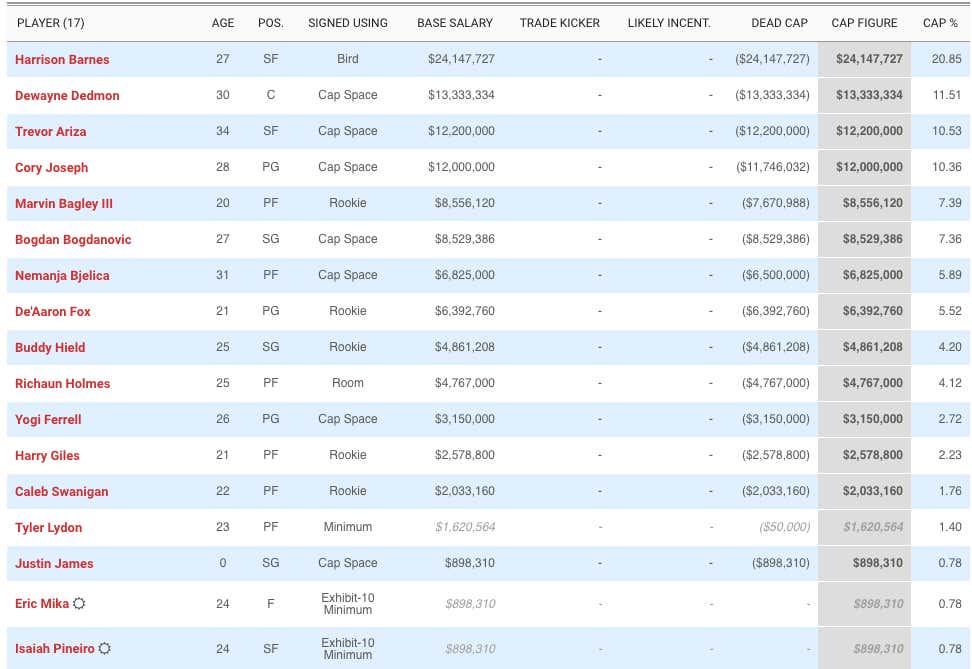 First and foremost you have to pay your respects to Harrison Barnes and his ability to secure the bag with his extension this summer, but their other additions of Dedmon (good stretch big), Ariza (solid wing who can 100% be traded with that contract), and Corey Joseph (solid backup PG), Vlade is out here actually making good signings. Down is up and up is down. With a total salary of $115,823,531 the Kings come in with the 27th most expensive roster in the league, and that’s the benefit of having a majority of your guys on their rookie deals. They have over $15M in luxury tax space if they have a breakout year and want to add more pieces, but the key to their progression obviously comes down to their young players continuing to take a leap.

Take De’Aaron Fox for example. This dude is on the verge of becoming a legit star in this league and very well may be the best point guard in the league in a handful of years.

We saw his scoring improve from 11.6 to 17.3, his assists jump from 4.4 to 7.3, his defense get better in terms of steals, blocks, and rating. Unlike other Year 2 players who may have seen a bump in averages but a hit in efficiency, that wasn’t the case for Fox. His FG% jumped from 41% to 45% and his three point shooting from 30% to 37% and his rating from 94 to 110. Can’t really hate on a guy that was 8th in the league in assists and 9th in steals at 21 years old who also fixed his jumper. I found it pretty surprising that he left Team USA, probably because he knew Derrick White was going to get the Pop favoritism because there’s no denying he’s a better point guard.

More importantly, as the face of the franchise he’s embracing being a King. Just this summer he came out and said how he doesn’t want to play in a big market and wants to put SAC on the map. He also basically never gets hurt, playing 73 games his rookie year and 81 games last year so everywhere you look he checks off the boxes you want from a franchise player. So where can he take a leap? Well for starters in transition. This was a huge part of his offense last year (28.3%) but he ranked in only the 35th percentile in transition scoring averaging just 1.04 points per possession. Someone who gets as many steals as he does should have ample opportunity, so if he’s able to improve in that area it’s going to make him even more deadly. I’m also interested to see how Luke Walton will impact how he’s used, for example maybe we’ll see him come off screens a little more, something he virtually never did last season. Maybe some of that Warriors/Lakers influence will find it’s way into the Kings offense. The point is, the Kings trending up is largely due to Fox taking a leap, and nothing tells us that won’t continue.

When he was drafted, many people thought the Kings fucked up by taking Bagley over Luka. Well, he was 5th in rookie scoring and 4th in rookie rebounding while shooting 50%. Not quite Luka’s level, but certainly not terrible.

His one glaring issue is on the defensive end, he couldn’t stop a nosebleed, but in terms of young bigs he certainly has a high ceiling. Same thing with Harry Giles, one of my favorite stories of last season. He’s another guy who’s so young but showed real flashes in his opportunities. His Per 36s of 17.9/9.7/3.7 on 50% shooting were no joke. He looks healthy and there’s no reason to think he won’t continue to improve with more opportunity now that WCS is no longer on this roster. Sprinkle in the legit shooting from Buddy Hield and Bogdan Bogdanovic who are 21 and 27 years old, there are really intriguing pieces everywhere you look.

Their biggest strength (youth) is also their biggest problem though. They are a high turnover team (7th in NBA), and a disaster defensively (21st) which was a main reason they had an overall negative net rating (-1.2). They love playing fast and had the 3rd fastest pace, but it’s tough when you are giving up buckets left and right on the other end. That pace probably won’t change under Walton as the Lakers had the 4th fastest pace last year. That’s the biggest question for this team heading into next season. If they can improve and be a league average defensive team, that’s going to make all the difference and could have them flirting with a 7-9 seed. They’re in that same tier as a DAL or SA that will be battling for those lower seeds. Their problem is the West is loaded and it’ll take close to 50 wins to make the playoffs, but there’s no reason why this team can’t flirt with .500 or even a little better, something they haven’t been since 2005.

For years, everything the Kings did from the draft to free agency made them one of the biggest jokes in the league. But really ever since the Boogie trade they’ve knocked everything out of the park for the most part and have given their fans a reason for hope. It’s been forever since that was the case, and this is a team that 100% should be part of your League Pass rotation. They may not make the playoffs, but this is a team that you’ll have to take seriously and when you’re talking rebuilds, there’s certainly worse places to be.