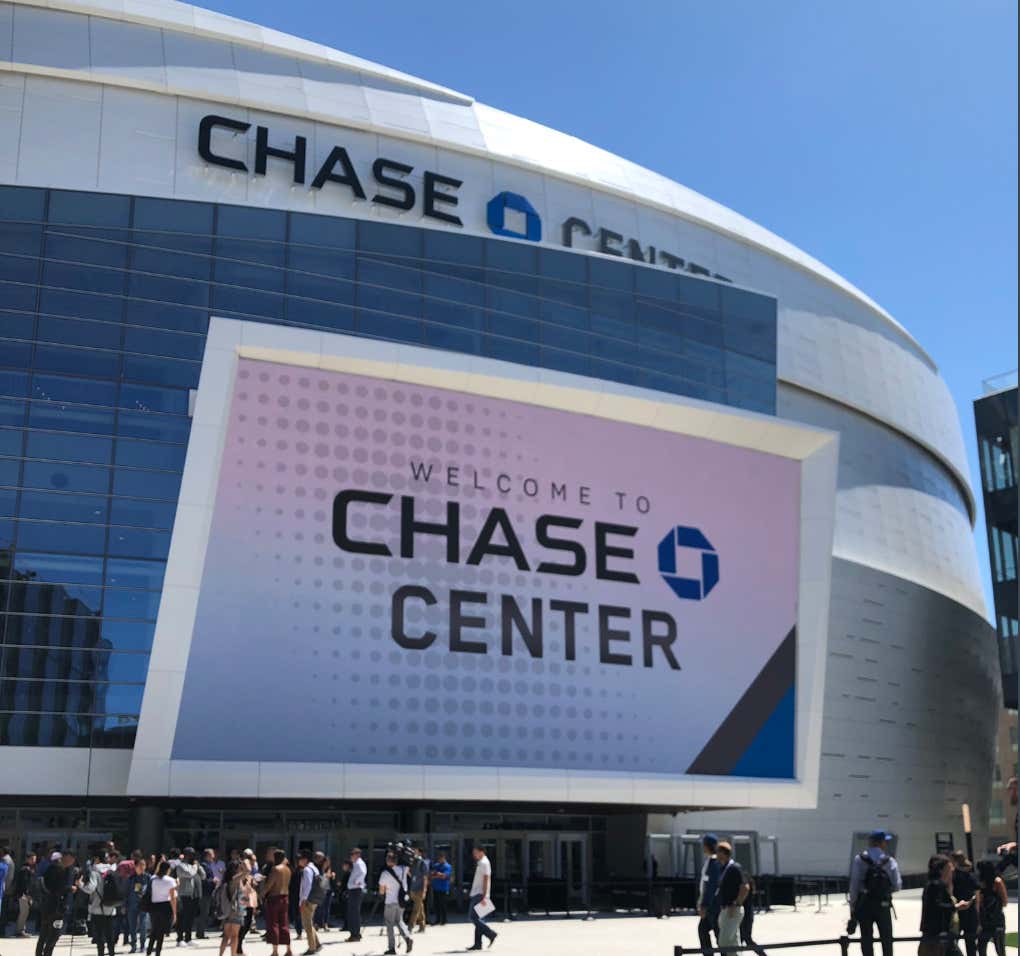 With the Warriors set to move into their new arena starting next season, we finally got our first look at the new digs. The whole situation kind of sucks even if it was never really a secret. Oakland fans new that the new ownership group always had a goal to move the team out of Oracle and into a new arena in SF, but once they started winning and became a cash cow and a huge corporate money making machine, those loyal fans were pushed aside. There’s no chance the Chase Center has the same energy and passion as Oracle, which for a long time was one of the best home court advantages in the entire league. Over the last few days we’re starting to get more and more looks inside this state of the art arena that is set to hold 18,064 and cost $500M to build. The whole thing is part of a giant complex with more than $1B invested which is great because there’s no chance any of their old school fans will be able to afford to go to it. The people of Oakland even tried to block this whole thing during election season but that obviously fell short.

In terms of the floor, this is what the Warriors have planned. 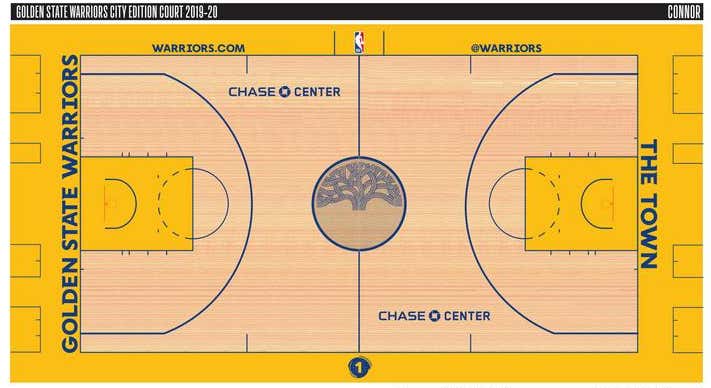 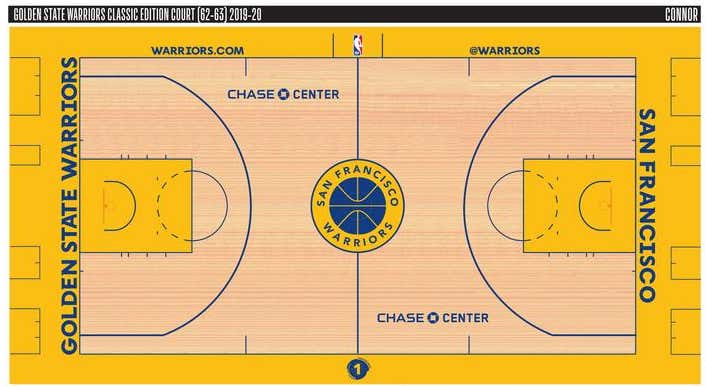 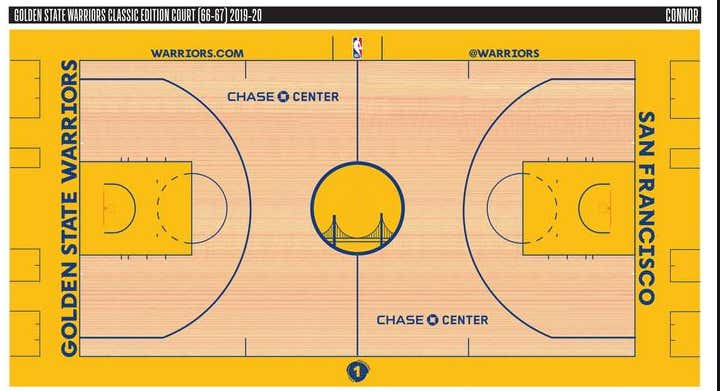 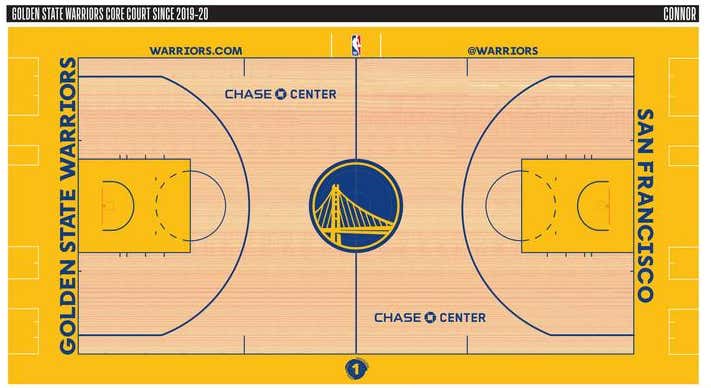 I get the fact that the Warriors actually used to be the San Francisco Warriors in the 1960s, but it’s still weird to see. Based on what we’ve seen no team is going to have more versions of a court and honestly they aren’t even that different from each other. I give that like a C-. They DEFINITELY should have had a We Believe Warriors Era design in there since they just ripped this team from their loyal Oakland fanbases, what an oversight.

Then we got to see the actual arena yesterday

Unless this is free it’s pretty bullshit, but the problem is if it is free you’re going to have to deal with all the homeless people shitting everywhere. That’s quite the pickle. A good idea in theory since it’s going to cost a billion dollars to get tickets inside, but it’ll probably cost a couple million to even stand outside and walk around the poop.

Here’s another idea that’s cool in theory but I’m not sure really makes sense. Basketball moves so fast, who has time to spend 10 seconds looking up at a giant scoreboard for some fancy stat graphic? You want me to take my eyes OFF Steph Curry? Feels like a bad idea and something that is a case of the owners thinking too much. The giant scoreboard is cool, but keep it simple. This screams rich ass Silicon Valley and is pretty unnecessary.

I mean that looks like a replay in every other arena in the league. I guess the difference here is all that information above it? Sort of busy in my opinion and a little distracting. Just like when you’re watching games on TV, the less you have to take away from the action the better. Another case of thinking too much.

Don’t worry Oakland fans, we may have ripped your heart out and moved your favorite team out of the city but look we have pictures!

OK I’ll admit, that food looks bomb as hell. Rich people are going to be eatin nice while they watch their team fight to be a 4 seed. That lobster roll is probably $500 a piece or some shit and probably has way too much mayo. While I’ve never had the food at Oracle, there’s no doubt in my mind that it was probably a few thousand steps below this.

Like I said it was only a matter of time once the new ownership group took over before a move like this happened, but honestly for $500M I’ve seen better arenas. I was expecting my dick to be blown off and from what was released I didn’t really get that feeling. You know it’s maybe not the best look when the best part of this entire announcement was an internet meme 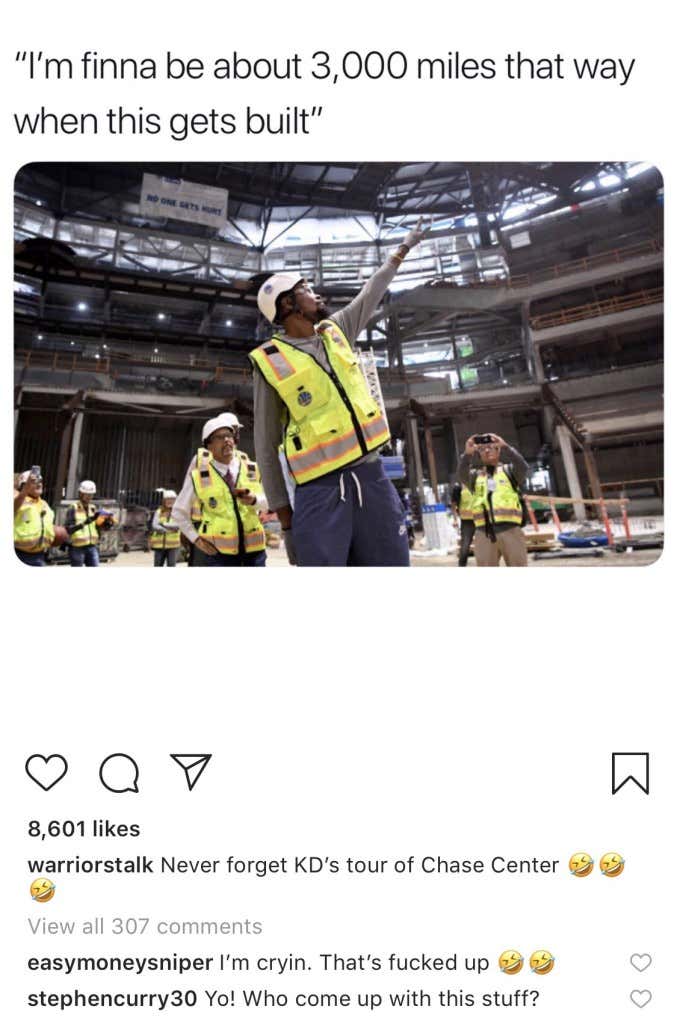