I have no idea what this guy is saying because I don’t speak Russian, but a pro is a pro. That’s exactly what this guy is. I can’t stop laughing when I watch this for so many reasons. First is this face: 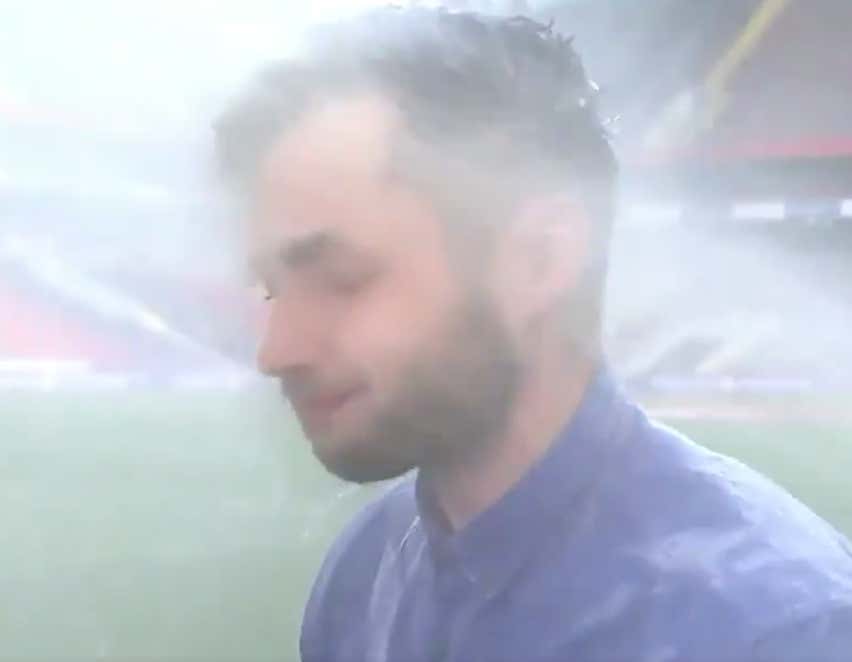 He knows he’s getting blasted in the face. He’s pissed. He has no idea how to react at first and then doesn’t miss a beat. That’s why this reporter is the best out there. It’s almost must watch, but I can’t put that tag on this. All I know is I can’t stop watching. He gets so bummed out for a second and then gets right on back to reporting whatever soccer match he’s talking about.

Real talk for a second – how the hell does he not know the sprinkler is coming back? You gotta duck the second time. You HAVE to know it’s coming back around. That’s just common sense 101, pal.

Although I do have to admit, this is only the second best professional I’ve seen get blasted with water on the field and not miss a beat.