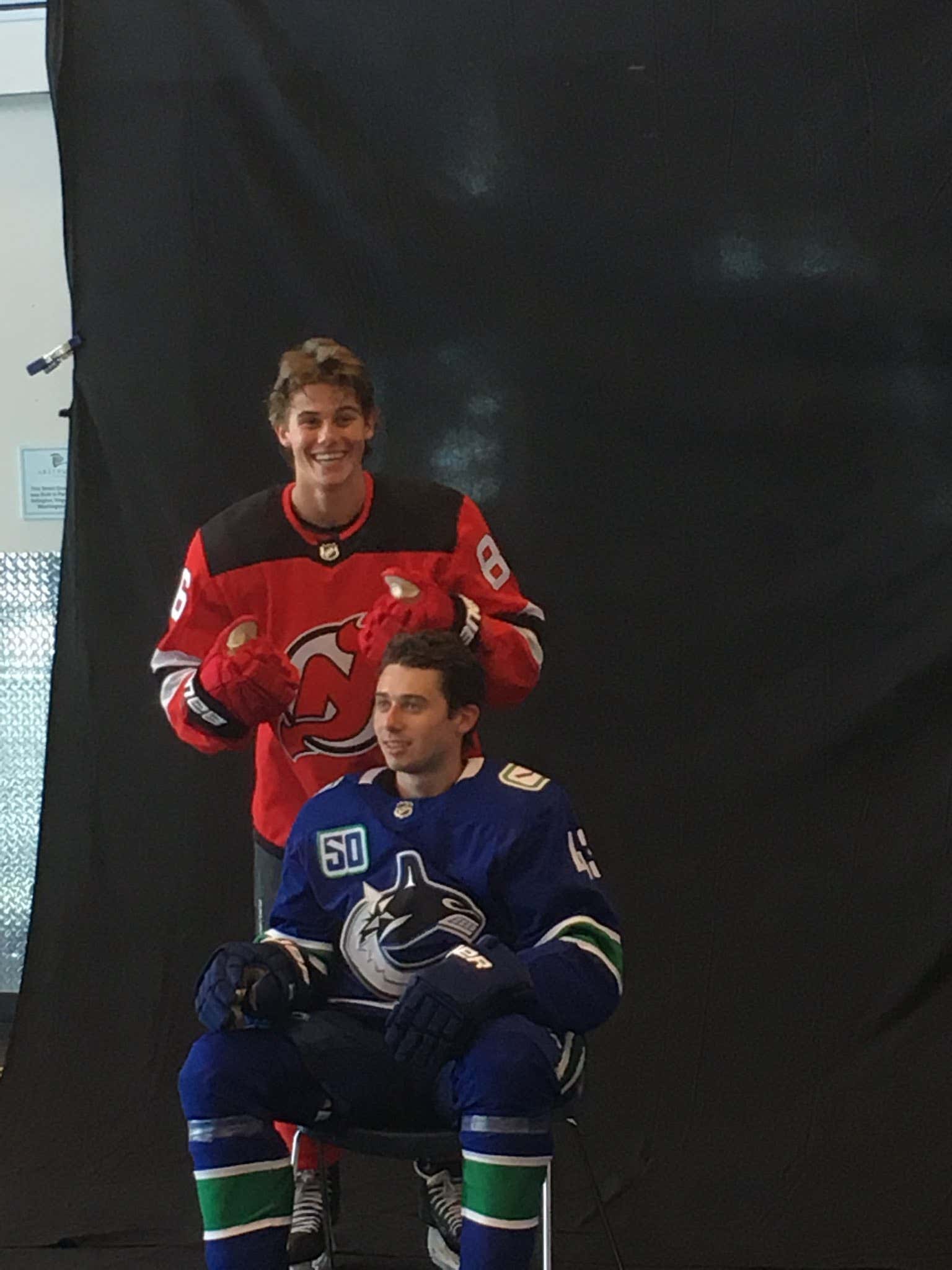 Jack Hughes is, unfortunately, going to have a very successful NHL career. I say “unfortunately” because the majority of that career is going to be with the New Jersey Devils and I’m going to be forced to hate the kid for the next 10 years or so. With that being said, he was the 1st overall pick in the 2019 NHL Draft and he’s going to spend the rest of his hockey playing career stuffing the shit out of the back of the net.

Now the one thing he has over his older brother, Quinn, is that Jack was the 1st overall pick in his class while Quinn Hughes was the 7th overall pick in 2018. When you’ve got 2 brothers who both make it to the NHL within a year of each other, there’s a good chance that there’s a decent amount of competition in the family. Not like “I fucking hate you and I wish you were dead” competition. But some competition that definitely starts out as friendly but then gets at least a little heated once in a while. Competition is the only way to cultivate greatness.

So I’m sure there has been at least one occasion so far where Jack Hughes has held being a 1st overall pick over his brother being an absolute bum and only going 7th. And for an older brother, that shit doesn’t fly. You can’t be out here losing to your younger sibling. It just doesn’t work like that. So every once in a while you need to remind him that you’re the older brother and there still ain’t shit he can do to beat you. Even if it’s just some casual 1v1 for a promotional photoshoot.

Jacky, Jacky, Jacky Boy. You really thought you were going to be able to put it through Quinn’s legs while the cameras were rolling? Get real, pal. You may be able to do that to about 98% of the defensemen you come across in your career, but you’ll never pull that off against Big Bro. And to add insult to injury, Quinn immediately puts it through his own legs to dance around his baby brother. That’s just the way it goes. He’s just lucky this clip didn’t end with a noogie. Whether it’s hockey or grabbing the last slice of pizza, big brother always wins. Never forget that.