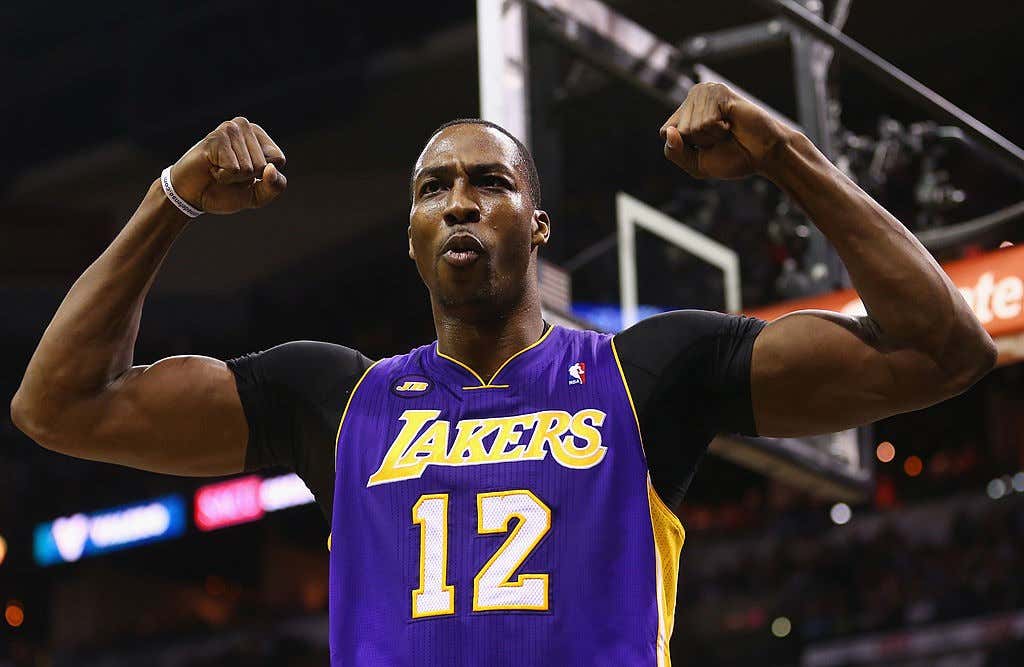 It actually happened!! Well sort of. The Lakers can obviously still get out of this deal with ease since it’s nonguaranteed, but for the moment the Dwight Howard Lakers reunion is an actual thing. What can only be described as a colossal failure the first time around for that one season in 2012-13, the facts are the Lakers have a big time need at center now that Boogie tore his ACL and only have JaVale McGee on the roster. It’s been made clear that Anthony Davis doesn’t want to spend heavy minutes at the five, and when you looked at all of the available trash out there on the center free agent market, Dwight technically was the best available talent. Not playing last year should have him “fresh” at age 33, and even in his later years he’s shown an ability to both rebound and protect the rim at a high level. The problem was all the other stuff, that he couldn’t stop being a distraction everywhere he went.

The question now becomes, how long before LeBron pulls a Kobe and starts to hate him. How can we forget the infamous shit talking between Kobe and Dwight where he called him a soft ass motherfucker and another name I’m not allowed to say.

Well now that LeBron is trying to be the next great Laker, I feel like he’s going to embrace this same black mamba mentality. It’s pretty clear that Dwight eventually gets on his teammates nerves, how else do you explain being on 4 different teams since 2015. His production is still a walking double double so that’s not it. Hell even his most recent GM couldn’t WAIT to trade him

So it’s only a matter of time if Dwight actually makes this roster that LeBron reaches his boiling point. I assume he had to sign off on this move in the first place, but I’m giving it until New Years. It could be even sooner if for whatever reason the Lakers struggle. LeBron’s running out of time and I feel like he’s going to have zero patience for any of Dwight’s shit.

The one thing I know is the circus is back in LA for the moment, and it’s going to be awesome to watch.