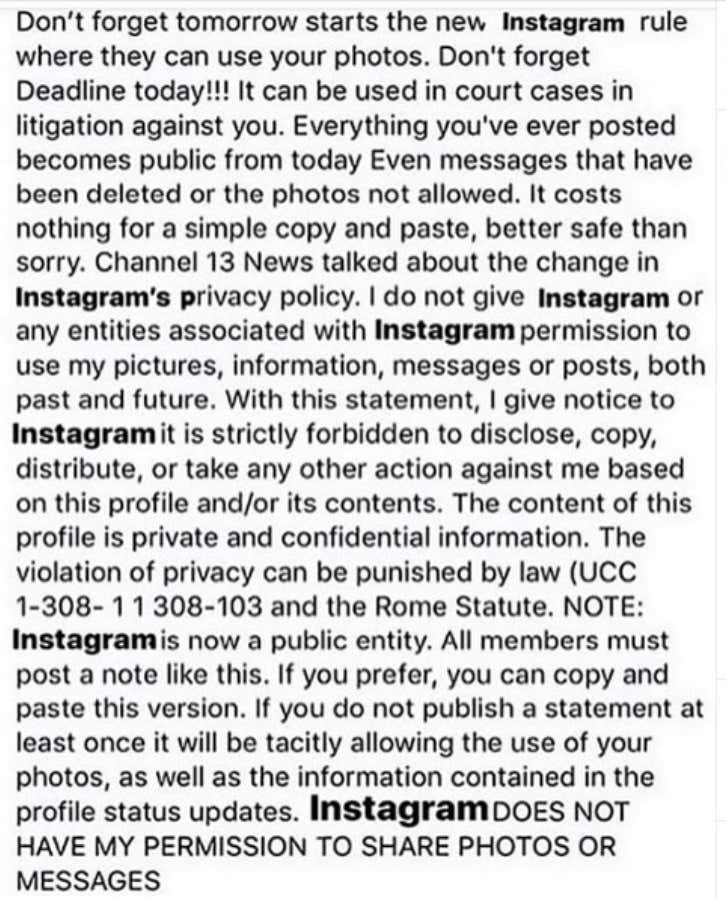 If you’re friends with an Aunt, Uncle, parental unit, or any miscellaneous old on social media, you’ve probably seen the message above cross your radar as you scroll this week. Looking at the wonky lettering, obvious photoshopping of the word ‘Instagram’ several times, and vague mentions of, uh, ‘Channel 13 news talking about it’ and the ‘Rome Statute’ (ah, yes, the Rome Statute. Indeed…) I had a hard time believing anyone would fall for it & repost, but tens of thousands already have, & the hoax is still going strong.

Adam Mosseri, chief of Instagram, wants users to know the service isn’t getting ready to use your photos against you.

“Heads up!” Mosseri wrote in a post on his verified Instagram Story. “If you’re seeing a meme claiming that Instagram is changing its rules tomorrow, it’s not true.”

The meme, which appeared as a block of text, went viral on Tuesday claiming Instagram is planning to roll out new changes to its privacy policy to let old messages and private photos be used in court cases against its users.

The message urges users to share the image, saying that it would “give notice to Instagram [that] it is strictly forbidden to disclose, copy, distribute, or take any other action” against anyone who reposted it.

The U.S. Secretary of Energy, Rick Perry, fell for it, along with many other people of note… 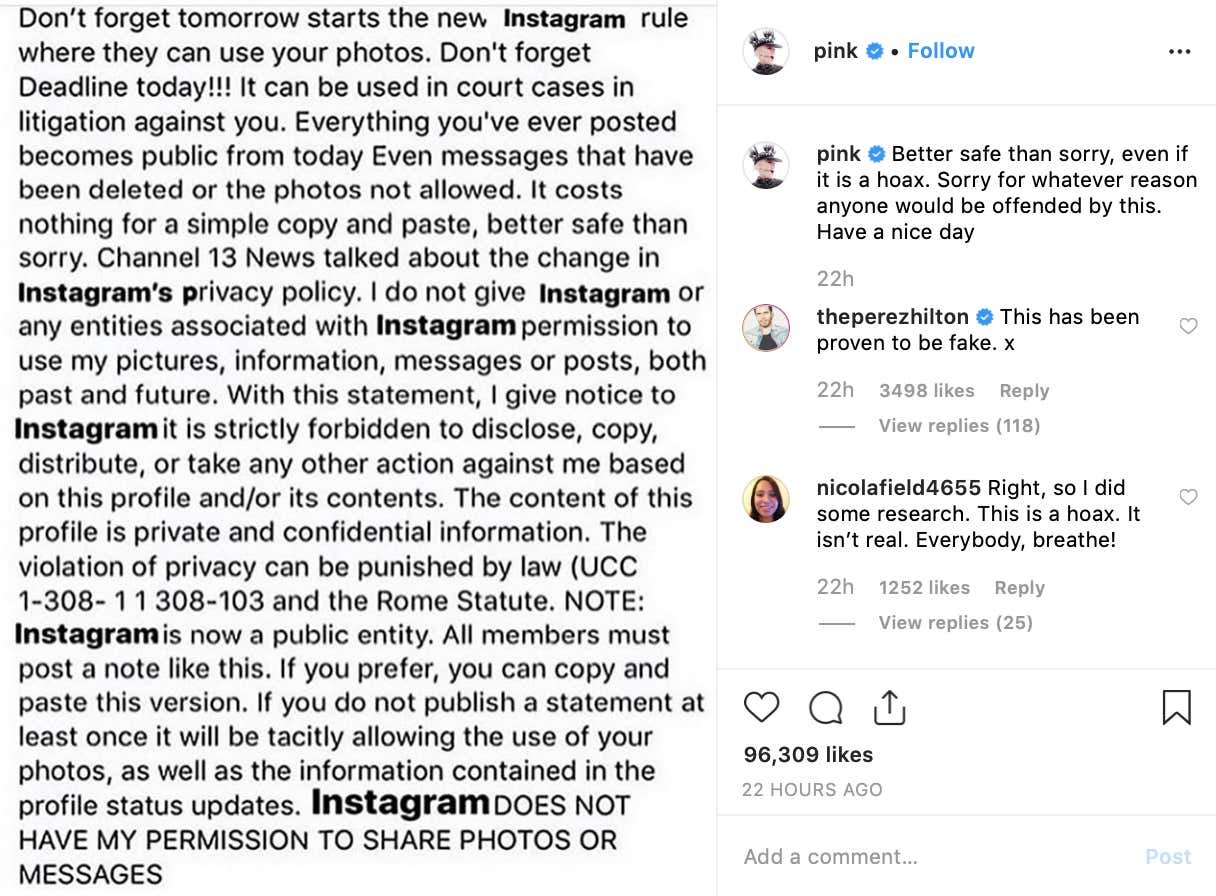 Actors such as Rob Lowe, whose son roasted him in the comments: 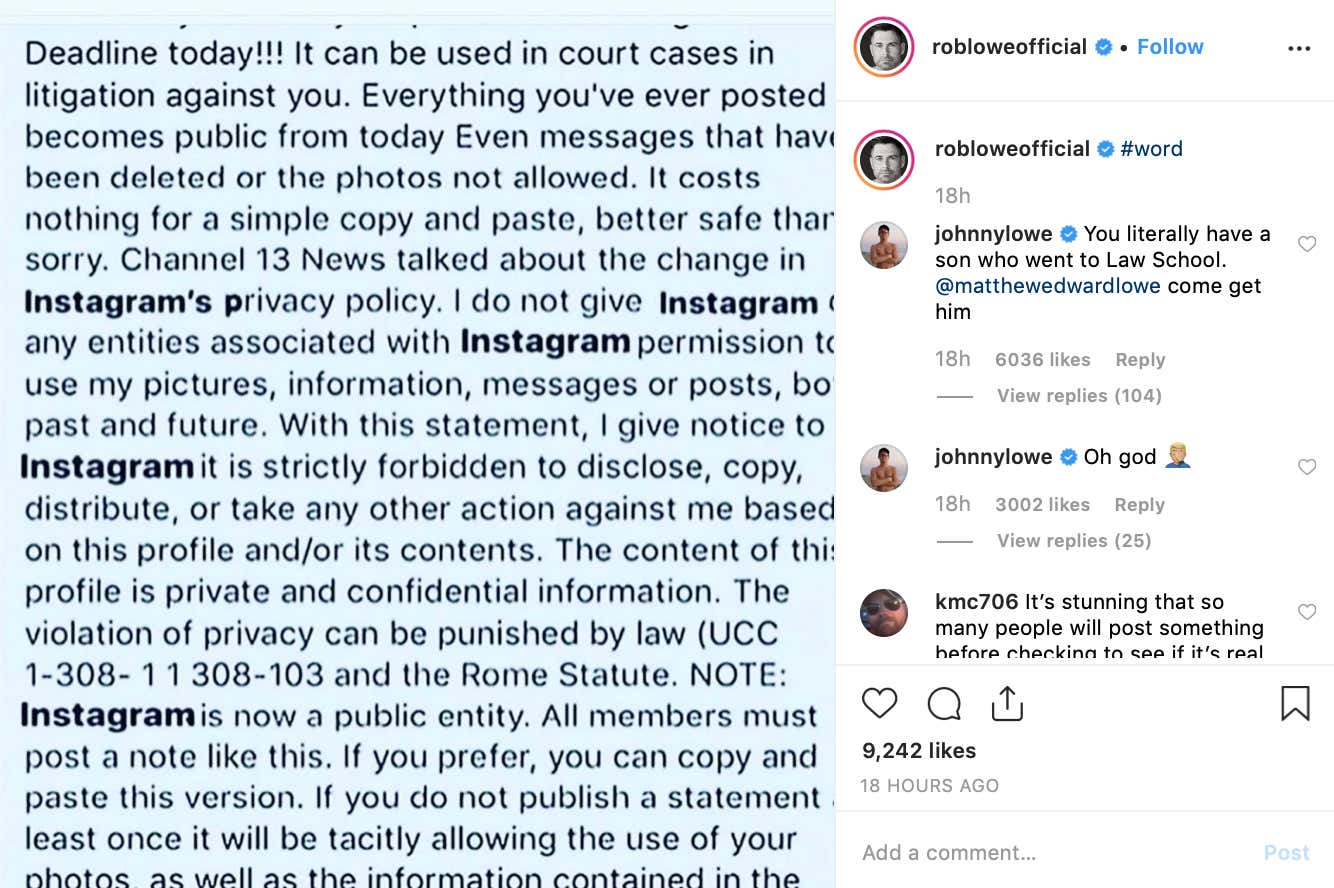 And even Super Bowl winning athletes: 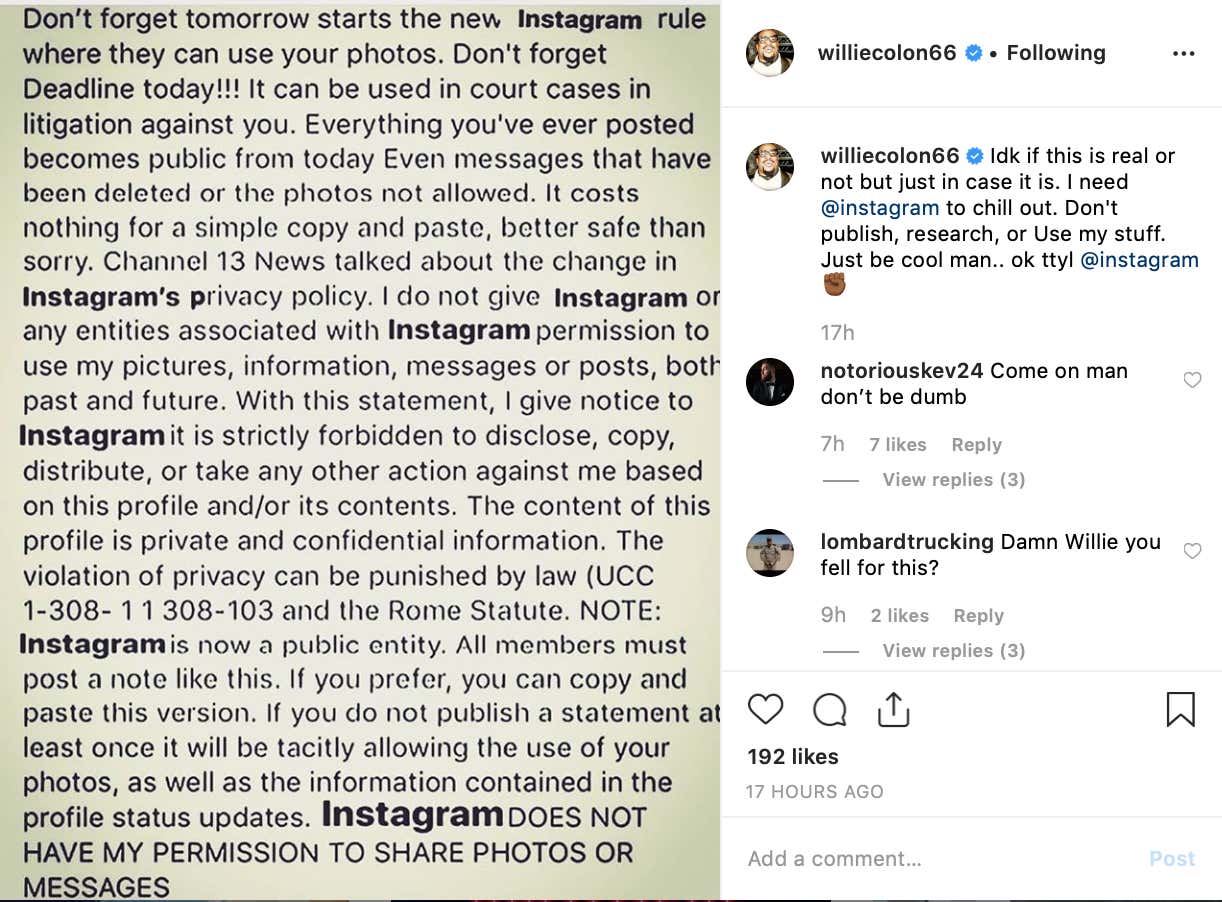 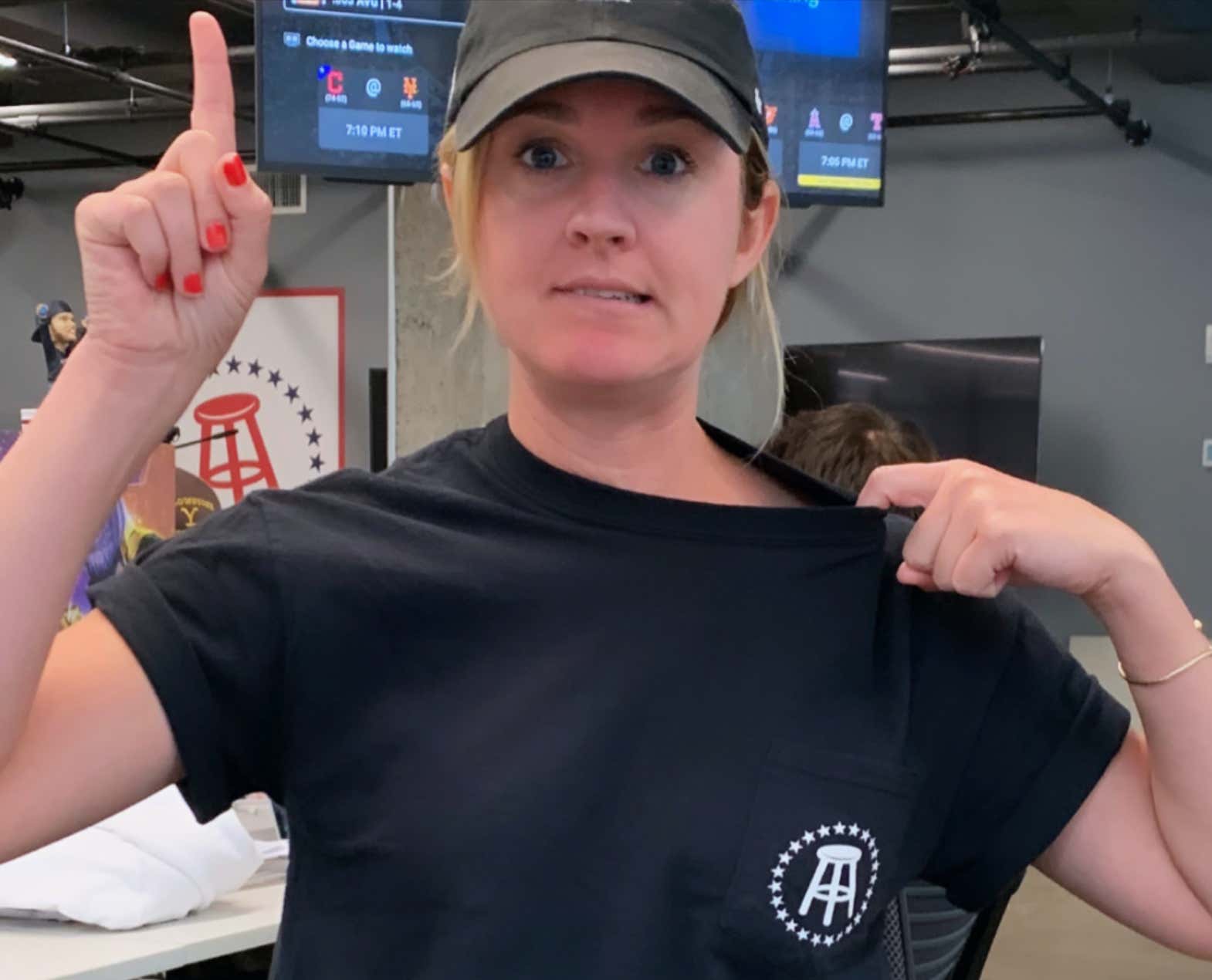 “Woooeeeehhhhhaaaayyyy!” <—- noise I make when I collar pull.

With all due respect, Willie falls in the category of ‘old enough that it was expected’ from him. Quite honestly I’m shocked Large & Brandon Walker also didn’t earnestly share it.

The hoax was even addressed in a company-wide email from Erika this morning, and at first I wondered why she felt the need to send it, and then I thought about our collective intelligence. Fair enough.

After seeing it posted by several of my own friends & family members last night, I made my own & think it’s gonna get some traction. People are always worried about covering their fartbutts online, as they should be, so feel free to share on your own Insta.