https://twitter.com/MarkWJZ/status/1164685937370193922
What a season for the Orioles, not only did they draft their savior, Adley Rutschman 1-1 in June, they also just set a Major League record. They have now broken the MLB record for most home runs given up in a season with 259, breaking the tie with the 2016 Cincinnati Reds. Sure baseballs are being hit out of the park in insane fashion and with numbers we've never seen before, but what the Orioles and their staff are doing is mind blowing. checks calendar It's only August 22nd and we have more than a month until the end of the season. There is a decent chance the Orioles staff gives up over 300 homers this season, in fact, I guarantee it will happen. They tied with record on Wednesday, with 35 games left. According to my math they gave up 258 homers 127 games. That is just a little over 2 a game….for almost 130 games. Just remarkable. Austin Meadows of the Rays was the lucky guy on the other end of the 259th dong.
Why is it happening? Maybe it's because the ball is juiced and MLB refuses to acknowledge it. Maybe it's because the Orioles have trotted out AAA pitchers to pitch to the Yankees, Red Sox, Astros, and Twins. Maybe it's the weather in Baltimore because it's hot as FUCK. Maybe it's just because the Orioles and their pitchers aren't that good. Yeah, I'm going to go with that one. It's okay though, they've only given up 42 more homers than the next closest team, the Mariners. There isn't any shot they break this record again next year, is there? No chance. If your bookie allows, HAMMER the under on 300 HR given up by the Os next season. Wonder where this banner is gonna go?
The list of Orioles pitchers and the homers given up is great. Add 1 to Wojos total as well. 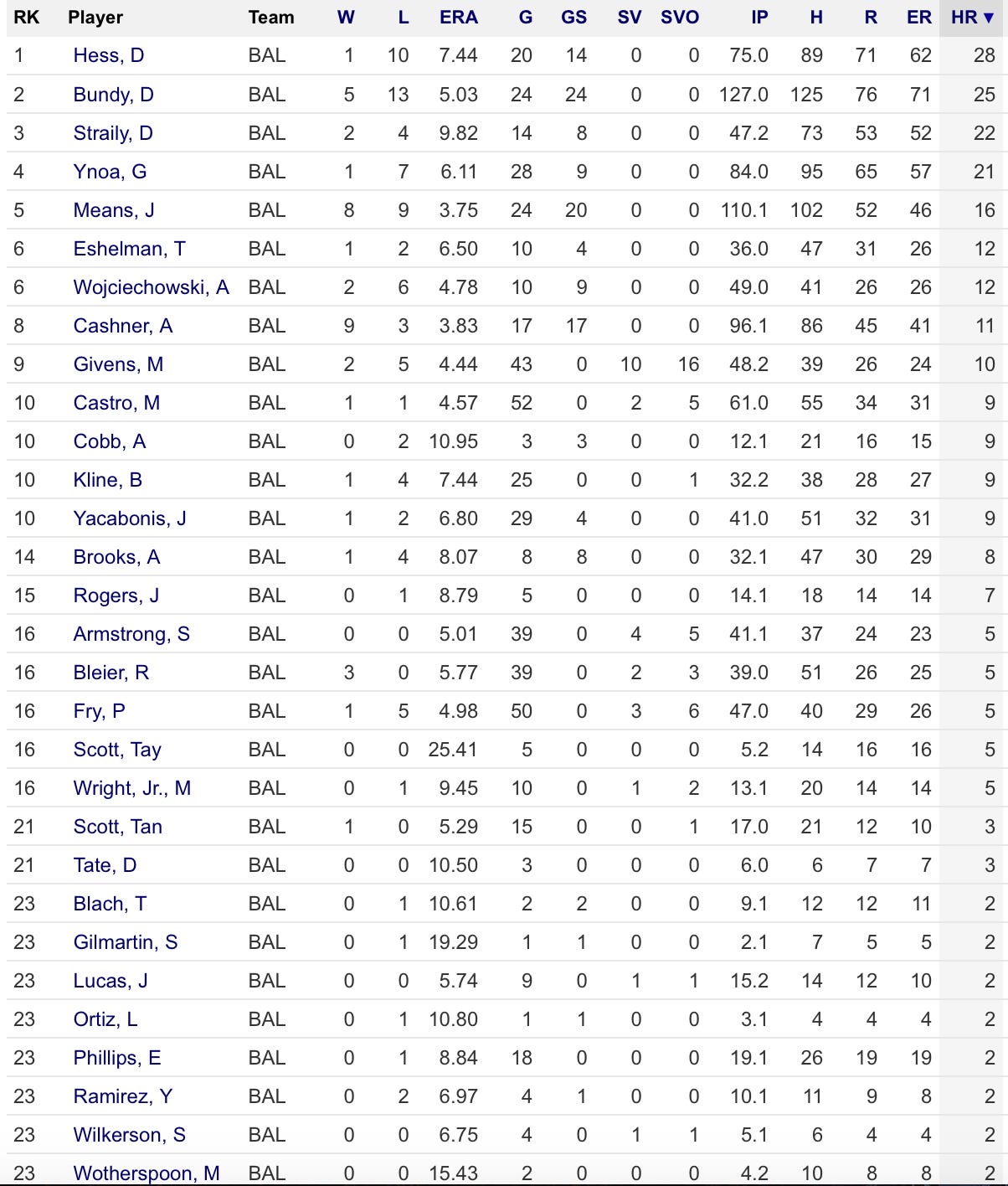 Just unbelievable.
PS. They just gave up another one. 260 dongs.