A Lake Worth Beach woman is still in shock after taking her dog to a recent groomer for a visit.

Graziella Puleo intended for her dog Lola, a Golden Retriever and poodle mix, to get a buzz cut, teeth cleaned, nails trimmed and ears cleaned. Instead, Lola came out with dyed green eyebrows and pink ears.

“I saw my dog come out the back room with green eyebrows and pink ears,” Puleo told WPTV. “I asked the groomer if the dye was going to come out and she said yes. I paid and just quickly rushed my dog out of there to take her home. I didn’t see all the marks on her until I inspected her at home. When I bathed her, the dye only faded, it did not come out. It is still in her hair till this day.”

“When I asked why she dyed her hair, her response was she felt the dog was missing something. She offered to take it off for me but I just wanted to take my dog home,” she said.

Owner Raquel Adams said the dye job was only meant as a nice gesture when she heard the customer’s mother was in the hospital.

“We just wanted to make her smile,” she said by phone.

First of all, I’m not a big fan of animals being dyed. BUT… I love the groomer saying her reason for those brows was that she “felt the dog was missing something”… It just feels so deeply ‘Florida groomer’.

Second, there’s a couple options that Puleo can turn to until that dye fades out on Lola.

Lola could keep her face out of the limelight & go backwards for awhile: 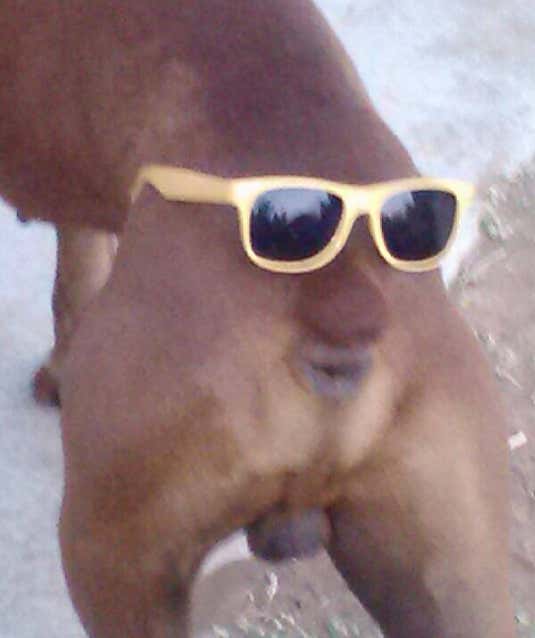 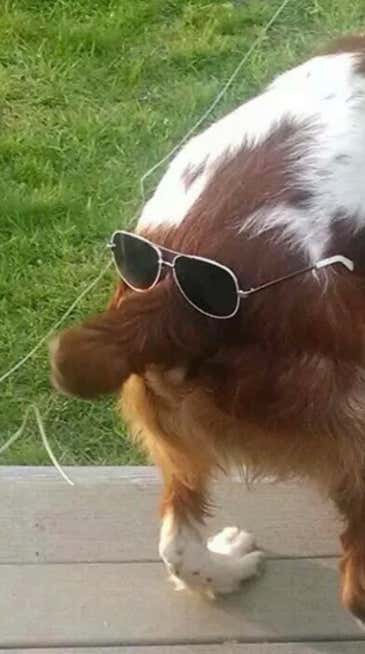 Lola could get normal colored eyebrows over the green ones: 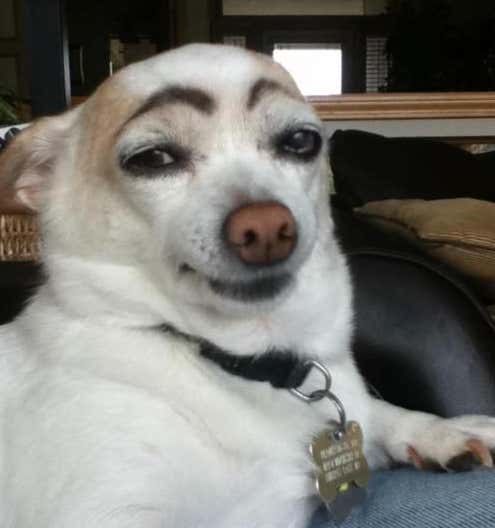 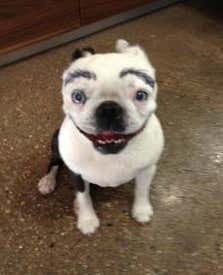 Lola could wear a disguise: 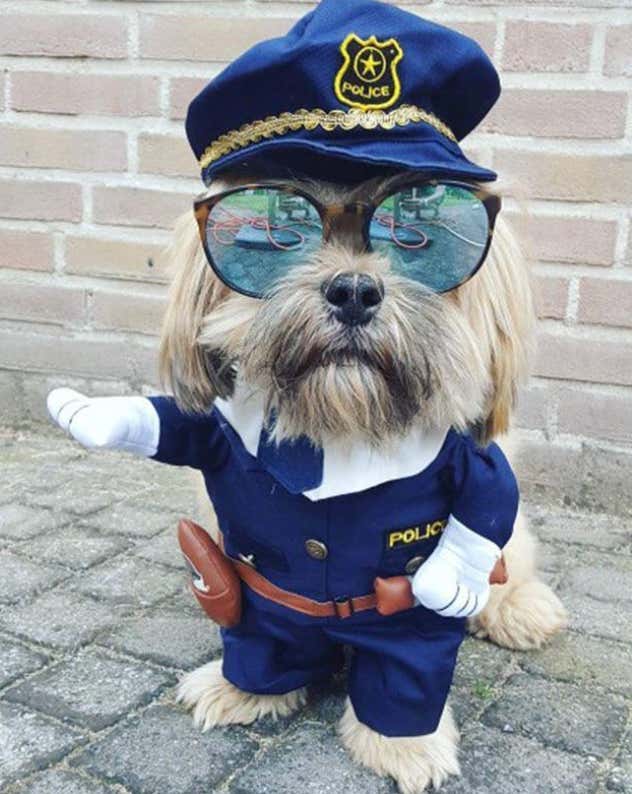 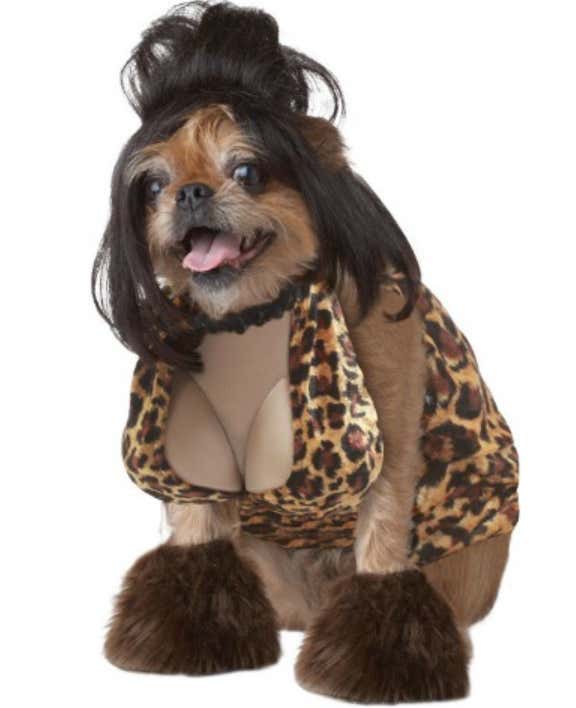 Lola could find a lawyer that dogs trust, & sue the shit out of the groomers: 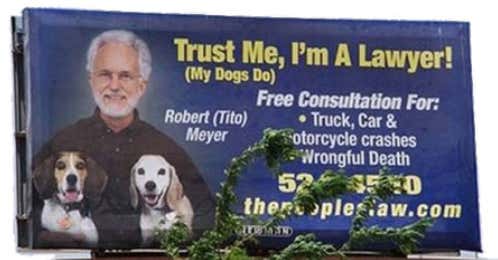 You get the idea.

Honestly though, Lola, don’t worry about it. It’s genuinely, barely even noticeable (in Florida specifically). Like no one’s even going to pick up on any changes to your face. Very subtle. You’re doing fine , sweetie. 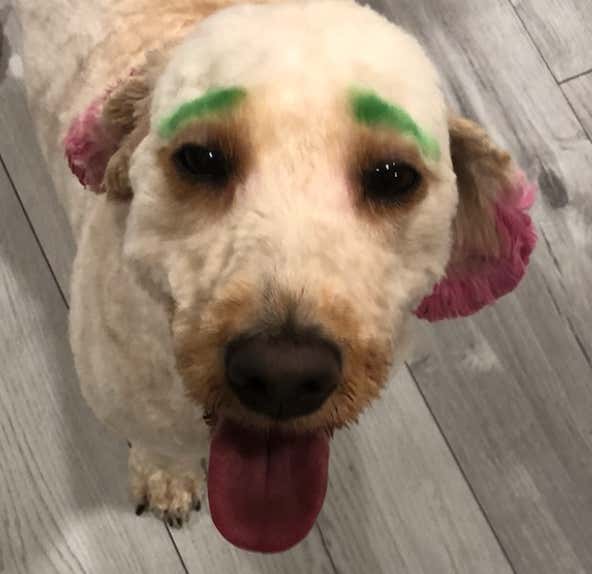