But a spy at La Esquina overheard the actress — who was having dinner with girlfriends at the Kenmore Street restaurant — tell a pal, “What Jamie does is his business — we haven’t been together for months.”

When we called another Holmes pal to check it out, they confirmed that the pair split in late May, a few weeks after their much-heralded first red-carpet appearance at the Met Gala.

Son of a bitch. Doesn’t anybody stay together anymore? Katie Holmes and Jamie Foxx were my favorite couple I knew nothing about but always imagined had the best relationship because he’s just so fucking cool and, well, it’s Joey Potter!

If you’re wondering why they kept their relationship a secret for so long (how many of you didn’t even know they were dating?), the answer is simple… have ya met her ex-husband?

Who the fuck knows what kind of psychopathic scientologist spies have been following her around the past six years?! Enough that kept her and Foxx from appearing publicly as a couple until FIVE years later. And even then, it was at separate tables at a pre-Grammy party!

Foxx rolled in later and sat at the next table to Holmes, exchanging smiles and jokes. But Katie not-so-subtly left the room as Davis — who traditionally announces his big-name guests at the event — was about to give a shout-out to them both.

But when she returned, Davis called her out, saying, “This lady left the room right when I was going to introduce her, she was sitting at that table right with Jamie Foxx and everyone else. If you’re going to sit together, what better night than tonight,” Davis added to laughs from the audience…

A camera showed Foxx, 50, still sitting at the next table, cracking up while Holmes gave an embarrassed smile.

But later in the night, Foxx finally moved into the seat next to Holmes, where he was seen whispering in her ear. 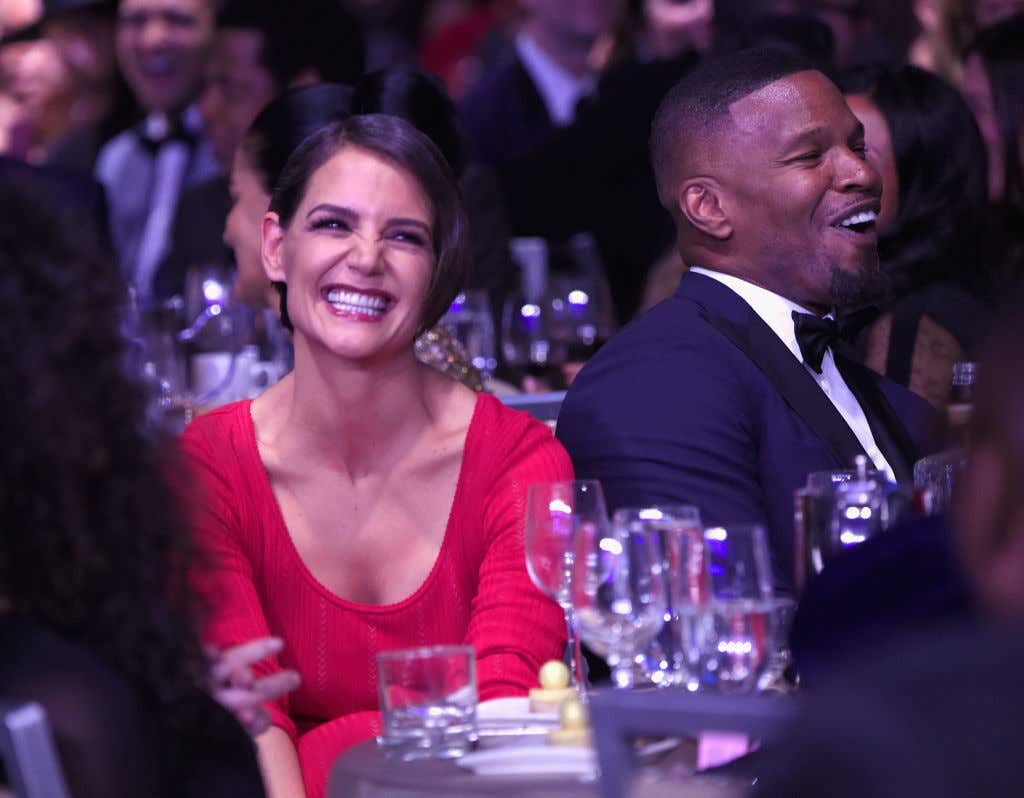 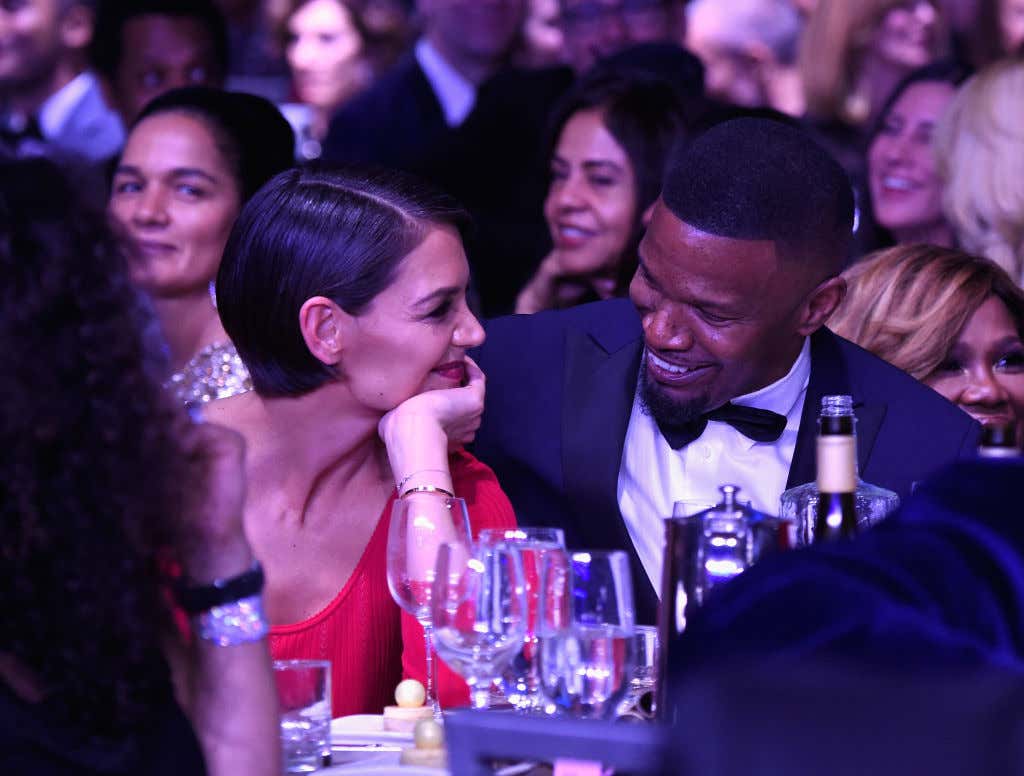 Damn. Whatever Tom Cruise cooked up has been boiling for so long, everyone knows and yet nobody says a peep about anything. To be honest, I would’ve been scared to even write this blog if it wasn’t for the fact that they made their first actual public appearance as a couple earlier this year. 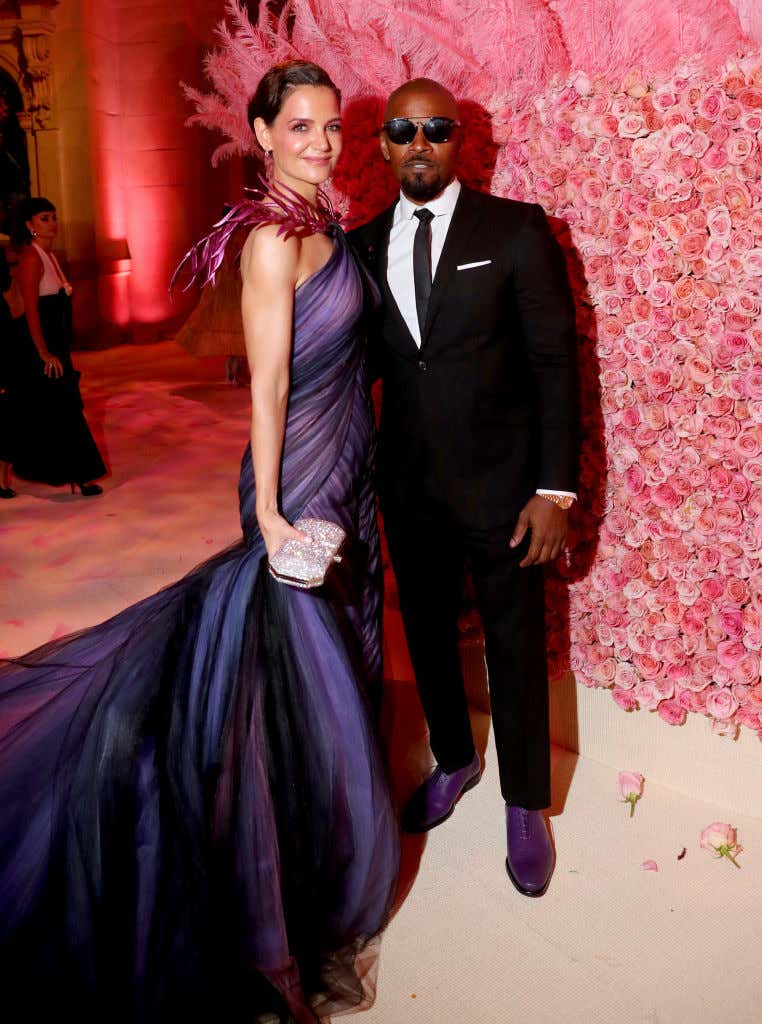 Is it a coincidence that after SIX years they finally come out as a couple and months later their relationship is over? I think not.

RIP to FoxxHolm, the greatest celebrity name there never was.

P.S. It’s nice to see that Jamie Foxx found someone to wipe his tears…