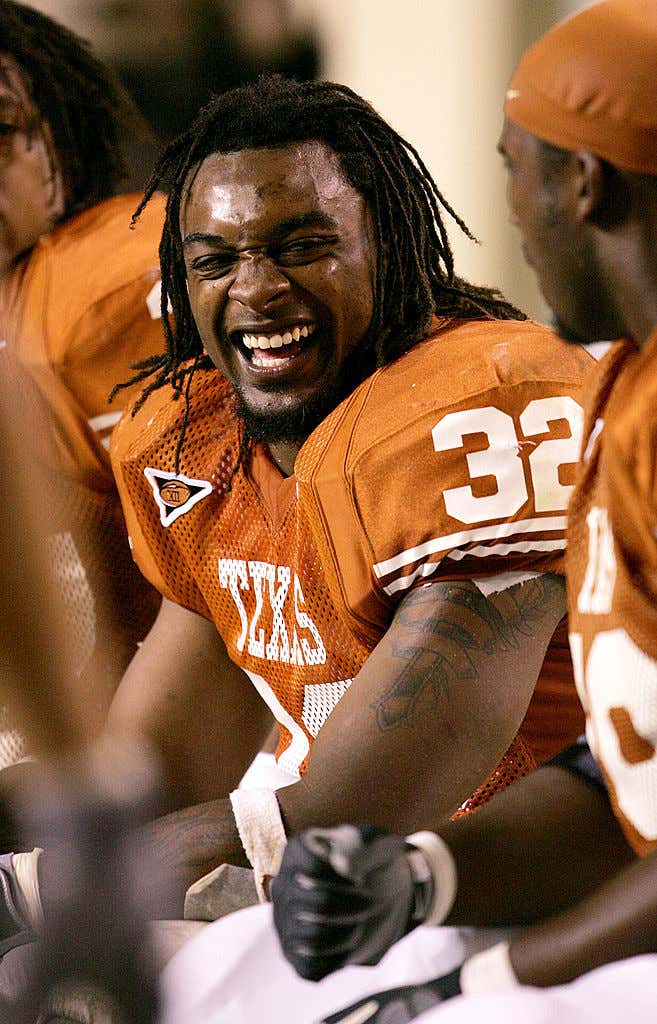 Police say a mini-van was trying to cross the intersection when it ran into a motorcycle. Benson and a woman were pronounced dead at the scene.

I know Eddie blogged this earlier, but I wanted to add my thoughts.

I was a freshman at Texas during Cedric Benson’s last season (when he rushed for over 1,800 yards) and let me tell you, he was BELOVED. When he walked through campus, people waved and cheered, starstruck. He was always smiling, always super chill, and extremely friendly. Everybody loved him.

The only real personal encounter I had with him was at a frat party. We were standing in line for the bathroom, making minor small talk, and when it was time for him to go in, he let me go in front of him. That was it. It wasn’t anything wild or crazy, but of course I remembered that moment – it was CEDRIC BENSON! You don’t forget a moment like that.

Strange how quickly shit happens. I mean just hours before the accident happened he posted a picture of his motorcycle. 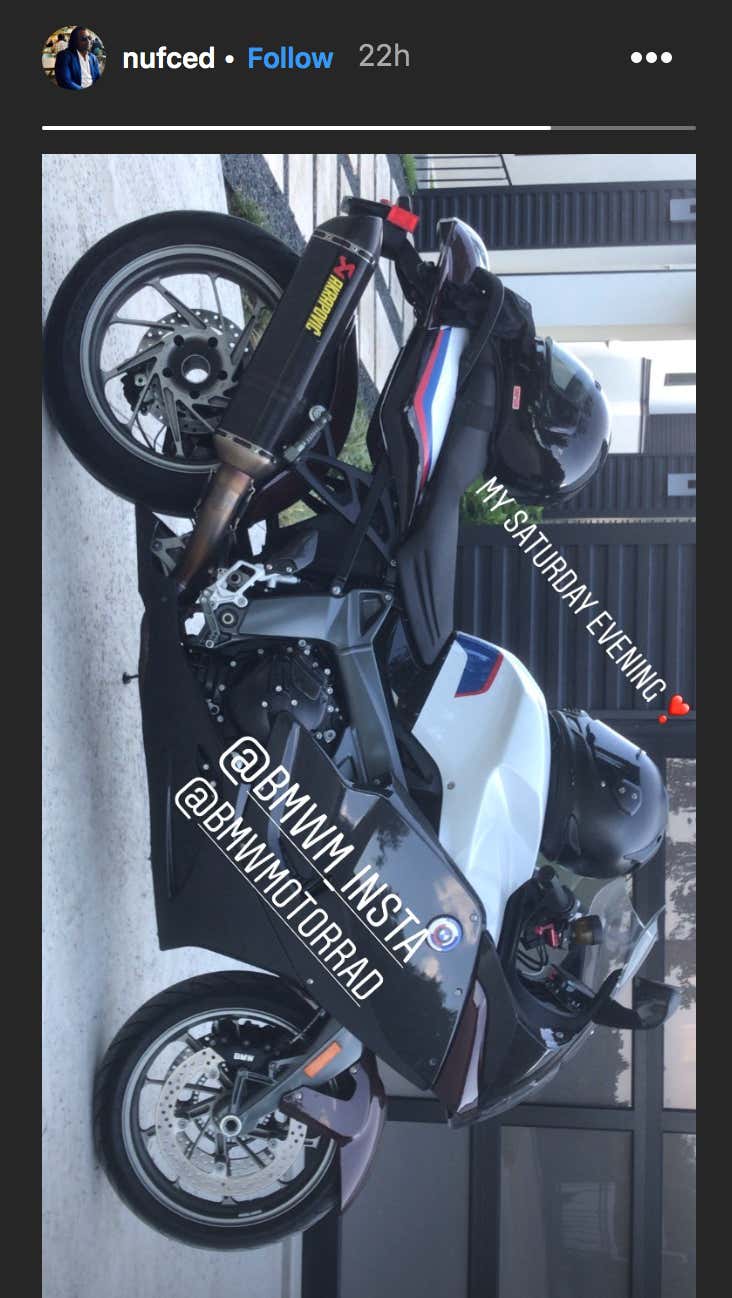 And that was it.

You truly never know when it’s going to be your time. 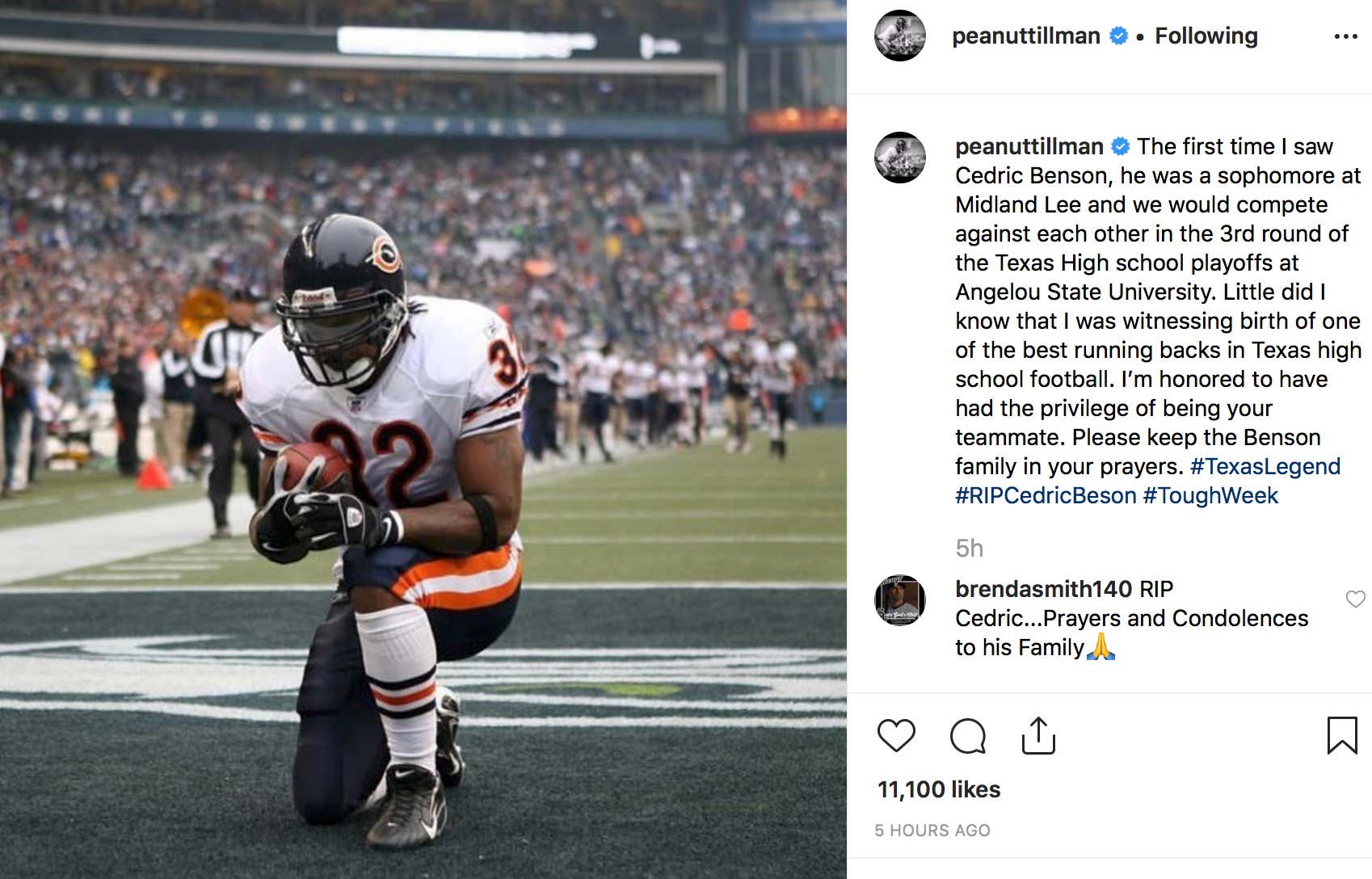 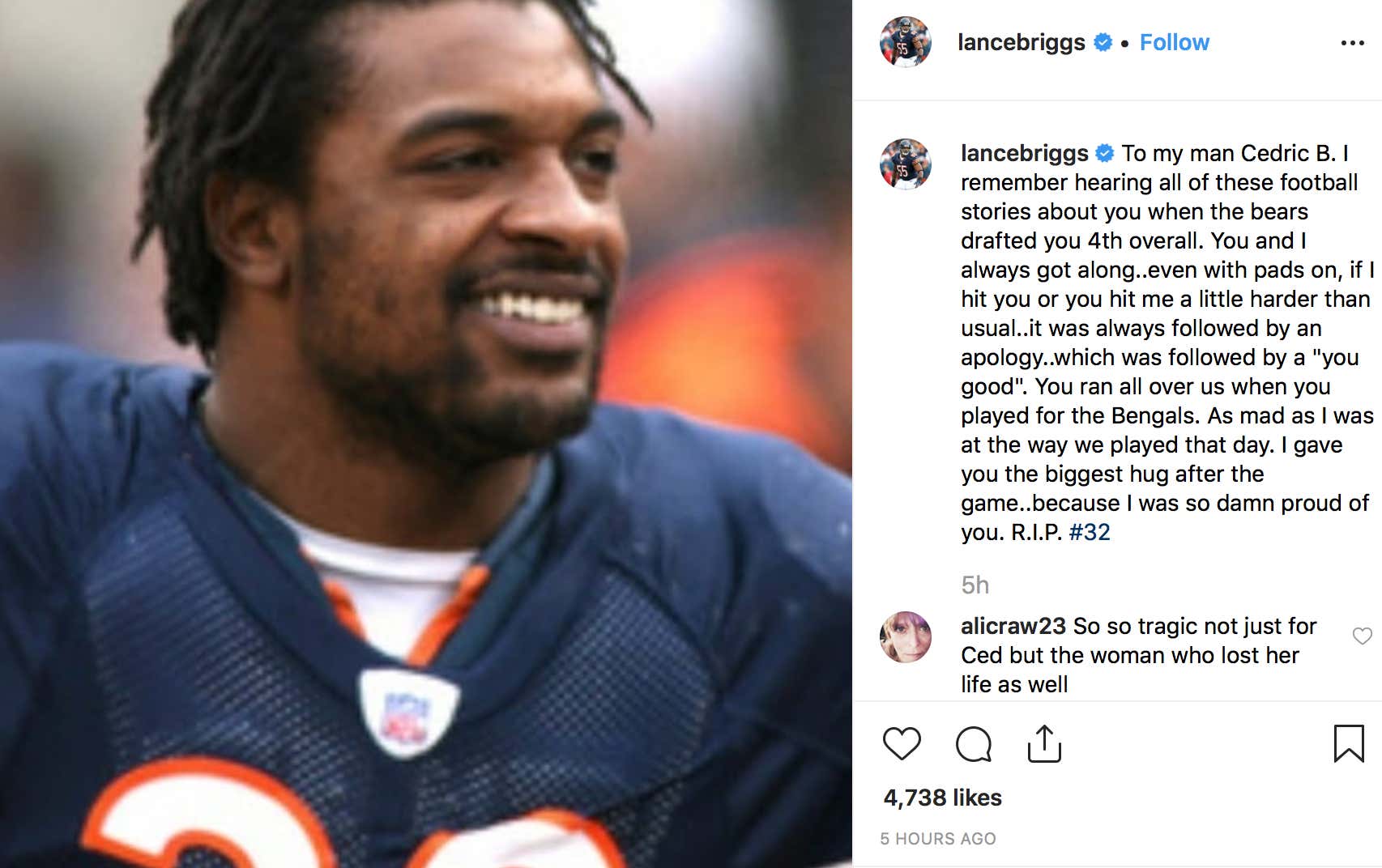