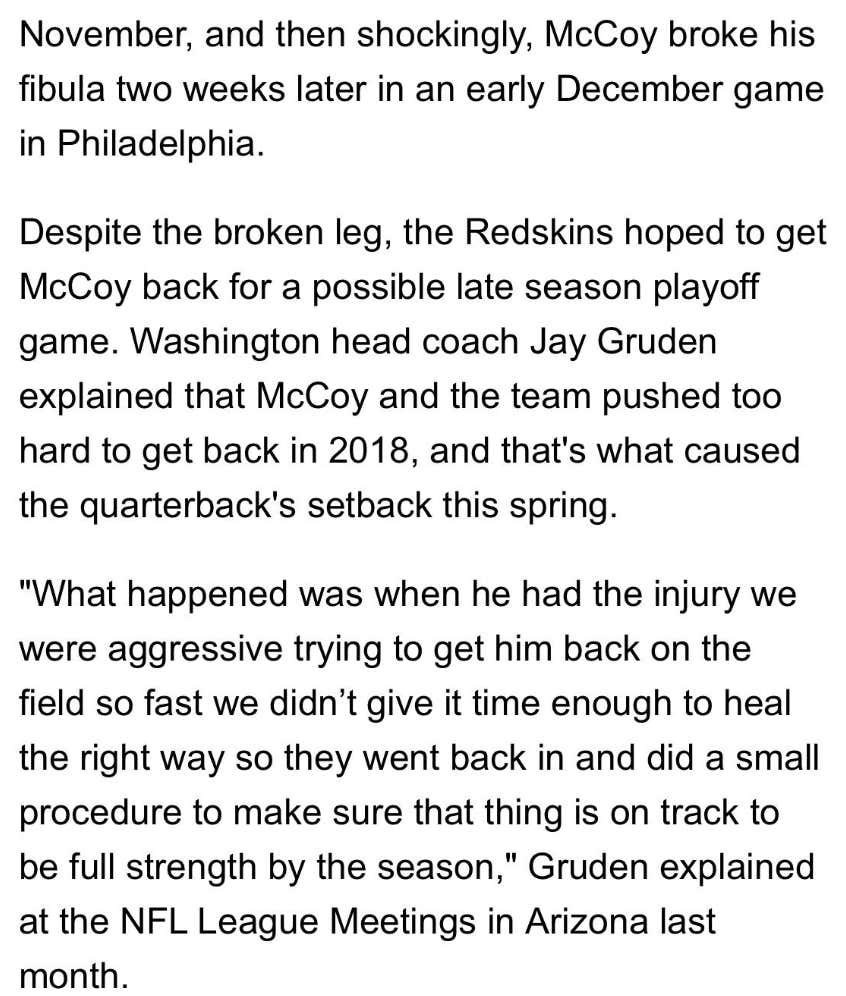 You have got to be shittin me. What the fuck is the Redskins deal? You can mess with a lot of people in this world, but one guy you do not mess with is Colt MF’ing McCoy. That’s where I draw the line.

Now, their reasoning is sound, I guess. Don’t forget the Skins started the season 6-3 and were looking pretty sharp before losing Alex Smith to a broken leg and then Colt to a broken leg. So they were in panic mode to make the playoffs. But be a realist one time for me- last year’s team wasn’t going to win the fucking Super Bowl. 19 other players were on the IR, rushing Colt back was not going to be the difference maker. So instead they have now derailed his career, he’s had 3 surgeries, and they aren’t sure when, or I guess even *if* he’ll be back at all. Terrible.

Meanwhile, Trent Williams is never going to play for the Skins again because the training staff botched it with him, Su’a Cravens is going bananas on Twitter about how the Skins mishandled him

Ummmm…something gotta give here. A complete investigation and overhaul of the way the Skins treat injuries is a start. Because this is horrendous PR and that’s the last thing the Skins need. I swear if they mess up with Haskins I will have to kill someone. I just will. I don’t know what else to do. We can’t be losing star players, we can’t be hurting Colt like that, and we can’t risk something happening to Haskins. CLEAN THIS UP, YOU ASSHOLE DAN SNYDER.