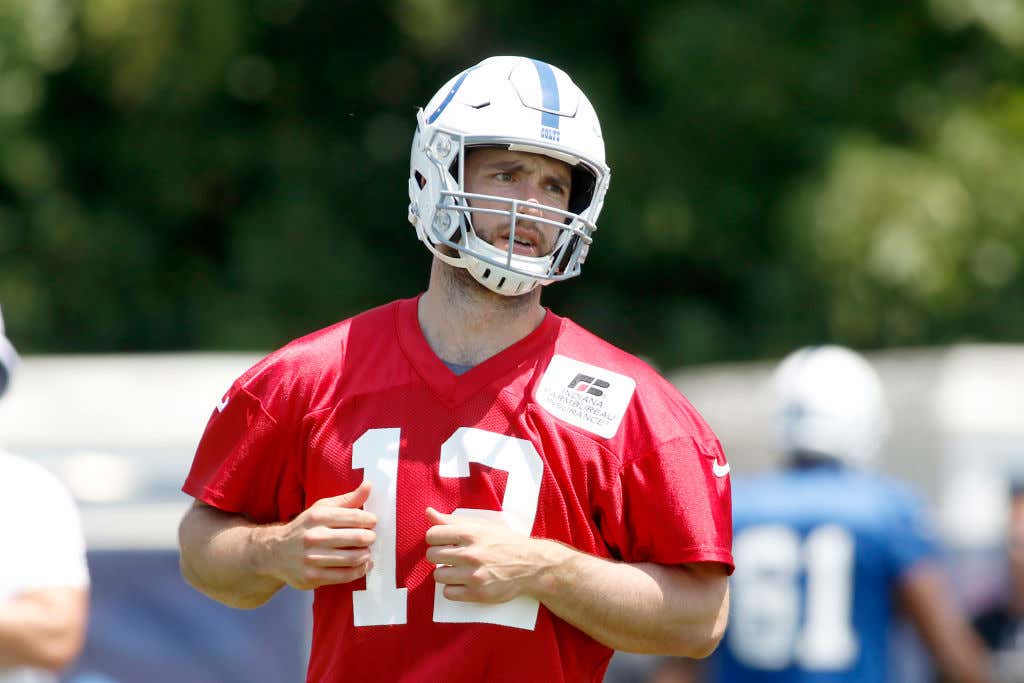 The NFL career for Andrew Luck has been an interesting one. After being drafted 1st overall in 2012, he led the Colts to 11 wins and a playoff appearance as a rookie. He took the Colts all the way to the AFC Championship game in 2014. But once 2015 rolled around, that’s where things start to get interesting. He only played 7 games in 2015 after missing games due to a shoulder injury and also a torn muscle/lacerated kidney injury. He played almost a full season in 2016 but after the season, he had surgery on his throwing shoulder. Then came the 2017 season when nobody know what in the friggin’ heck was going on with the guy. He ended up missing the whole season trying to get his shoulder healthy. Then he had an okay year last year. Nothing great but wasn’t terrible.

Anyhoo, that brings us up to current day. Now getting ready for his 8th year in the league, Andrew Luck will most likely be missing all of preseason with a calf strain that was then called a high-ankle problem. No word on whether or not that is the actual medical diagnosis, but high-ankle problem seems good enough to me. Now this is a guy who isn’t necessarily missing games every year due to injury, but when he gets hurt he seems to really get hurt. While all of this is going on, Andrew Luck isn’t getting any younger. So if he doesn’t want to end up missing another year of football with a mysterious injury, it’s time for Andrew Luck to start taking a bath in some piss. Or at least that’s what Chad Johnson says.

Chad Johnson played 11 years in the NFL. And as he says, he was never injure in his entire career. How did Chad Johnson manage to stay so healthy throughout all that time? Simple solution.

If you want to be great, you need to be ready to soak your injuries in some warm urine to quickly heal them up. This is the NFL, alright? You either want it or you don’t. Andrew Luck’s legacy can either go down as one of the greats, or just a guy who had a few good seasons but never really left a legacy for himself. So what’s it gonna be, Andy? Do you want it or do you want to just sit on your ass for another season being a wittle baby about your injuries? Suck it up and dunk yourself in that piss, buddy. Chad Johnson may not be a doctor, but I’d trust him with my life.