Look, Jerry Thornton and I have had some fun on the internet about the already strained relationship between Rodgers and LaFleur 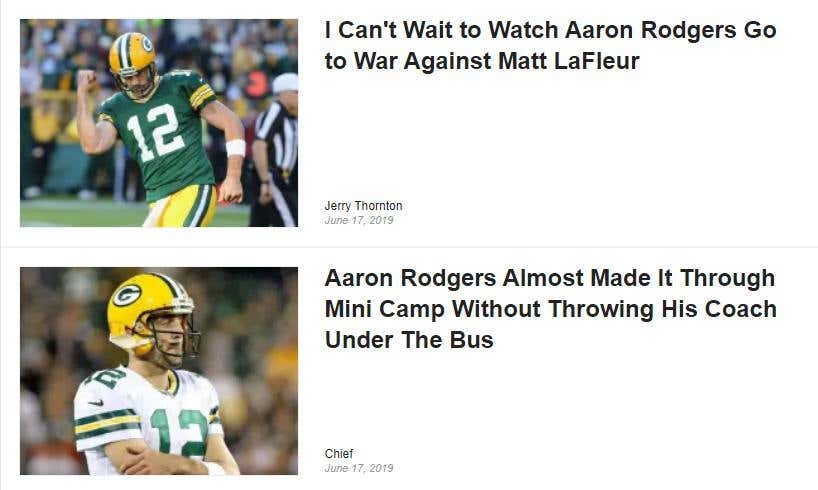 I can’t speak for Jerry, but I assume he is running interference for his man’s about the best QB of this era debate. Me…I just like trolling Packer fans and this is easy fodder because there’s enough smoke out there to keep poking at the whole “Aaron Rodgers is an insufferable asshole” conversation.

This though. This 2 second pause might as well have been an eternity. LaFleur(eventually) said the right things, but you can’t hide those lying eyes 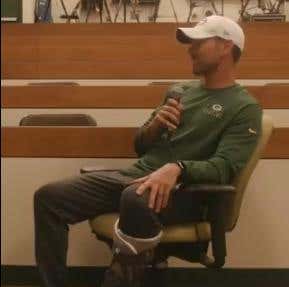 Leaning away from the question, left hand all tense, long pause to gather his thoughts and find the “right” answer. This storyline has real juice now. I am disappointed. The Bears and Packers are very rarely at the top of the NFC at the same time, historically speaking. Rivalries are at their best when both teams are good. It felt like we were on that path, but if Rodgers insists on being a coach killer then I guess the Bears will need to find a new foe for this era of dominence. Hate to see it.