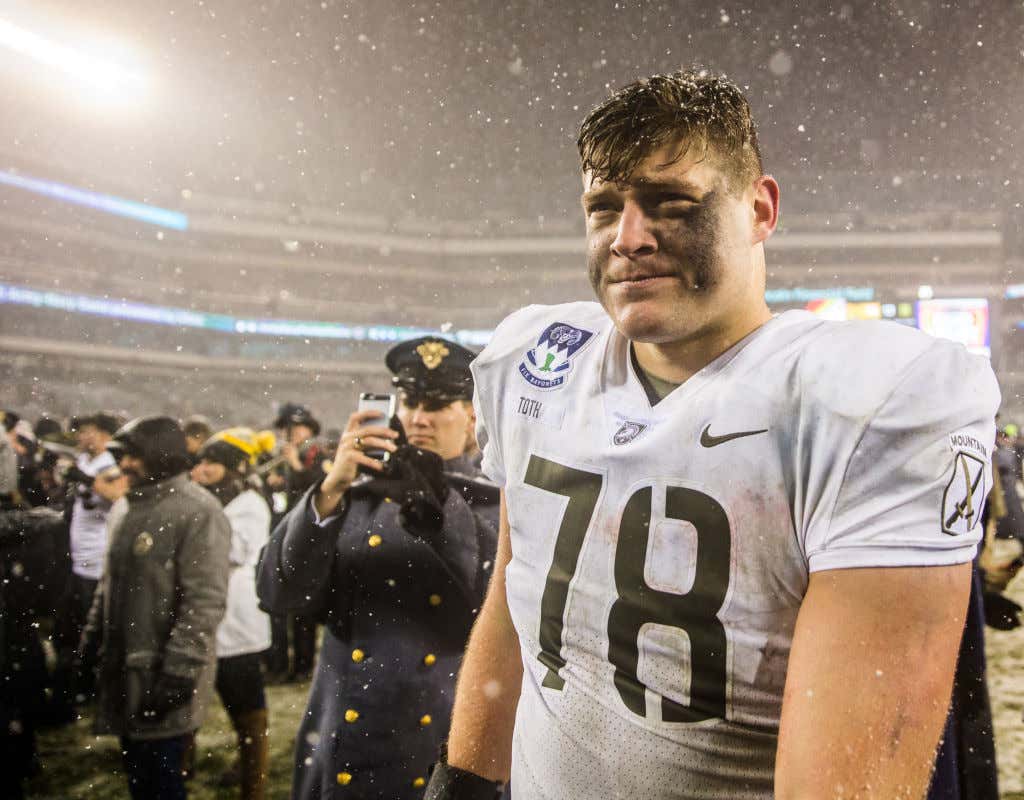 Source – Former Army offensive tackle Brett Toth is ready to play in the NFL and is awaiting a decision from senior Army leadership that would allow him to play for the Philadelphia Eagles, per sources familiar with the situation.

President Donald Trump said in May that he would allow military academy athletes to get waivers to join pro sports teams upon graduation…Toth, a second lieutenant who graduated as a nuclear engineer in May of 2018 and fulfilled his first year of active military service, is waiting for Army leadership to allow him to sign his contract with the Eagles and try to win a spot on their roster.

All my life I’ve been hearing about how the Dallas Cowboys are supposedly “America’s Team”. There’s no evidence to support that claim but Cowboys fans say it as if it’s as much of a fact as the sky is blue. Is the sky actually blue or is it just the because of the oceans’ reflections? Regardless, the Cowboys have been “America’s Team” for decades now but it’s a complete sham. Because let’s just run through a quick checklist here, shall we?

– Play in the city where America was founded and the Declaration of Independence was signed.

– Are named the “Eagles”, which along with being a bad ass bird of prey is also the national symbol and animal of the United States.

– Are about to sign former Army OT Brett Toth because not only do the Eagles respect the Troops, but they also want to pay the Troops for their services.

Soooooo yeah, you tell me which team should actually be considered “America’s Team”. Because if we’re going off what the scoreboard is telling us, the Eagles are up 4-0 right now. Now let the man play and let’s make sure that nobody even gets close enough to Carson Wentz to even sniff him this year.