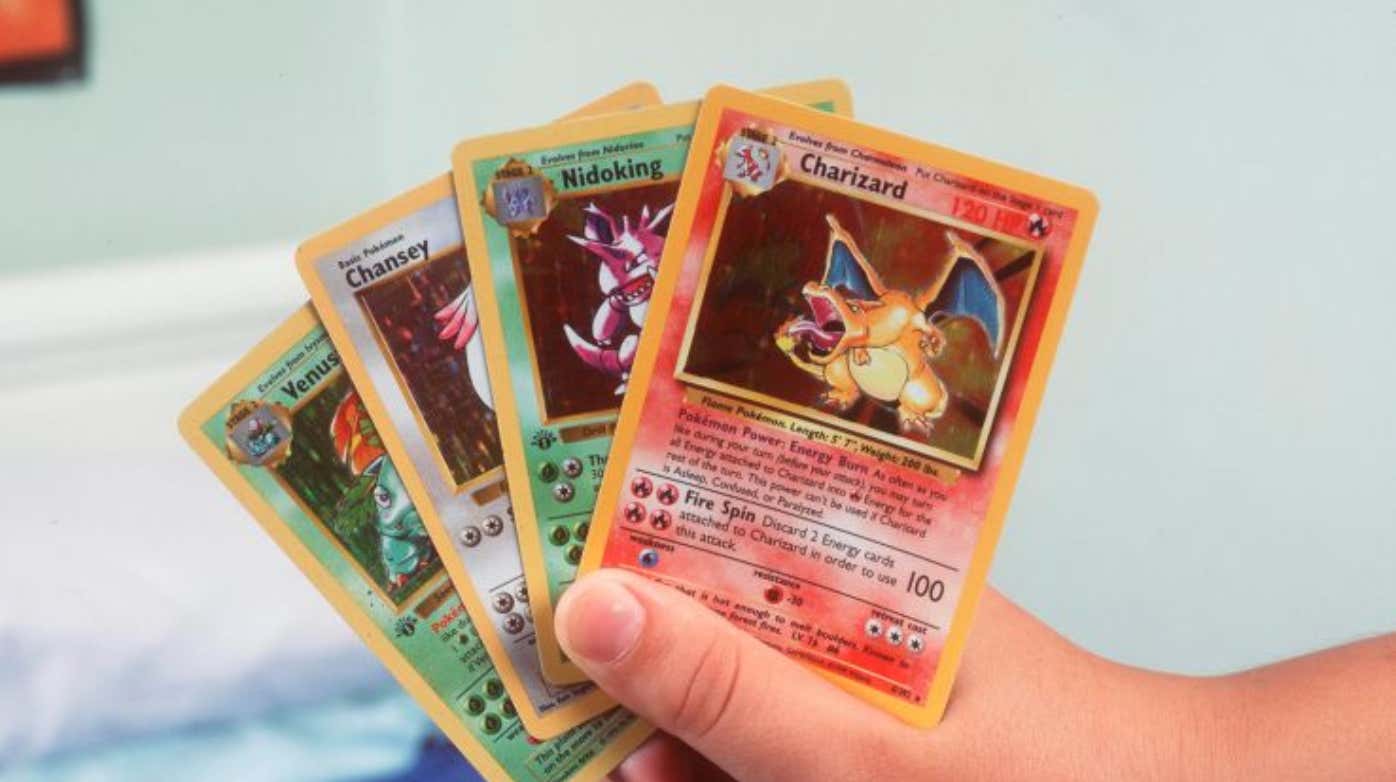 The collection, comprising of 103 cards, was sold in mint condition and included a rare Charizard card, which alone could sell for up to $20,000, according to card authenticators. A single near perfect copy of the card is currently being sold on eBay, with bidding standing at $2,174 less than a day before the auction closes.

The set that was sold was a collection of first-edition cards printed in English….First-edition Pokemon cards can be identified by a small black circular stamp to the bottom left of the Pokemon image, denoting they were part of the original release in 1999.

Well….shit. I’ve made a lot of financially irresponsible decisions throughout the entirety of my 27-year life so far. But none of them even come close to throwing out my Pokémon card collection.

From 1999 to about 2002, the most prized possession that everybody had was their binder full of Pokémon cards. Your Pokemon card collection back then was pretty much like your bank account. It was a way to tier and class everybody. Like if you didn’t have a holographic Charizard in your collection, then you midas whale have been home schooled because you weren’t going to have any friends anyway. And back then, we always heard stories about how much these cards would be worth. You’re sitting there as a little 3rd grade kid thinking that you’ll never have to work a day in your life because you’ll just get filthy stinkin’ rich one day when you sell your Pokémon card collection.

Then the Pokémon craze died off. Maybe it was because everyone was getting older and they started caring more about looking at boobs on the early days of the internet rather than just flipping through a binder filled with cards of little monsters. But either way, the Pokémon craze died off and all those hopes & dreams about the cards being worth some serious coin in the future died off with it. So I’d imagine that most people at that point decided to just get rid of their collection. Maybe you gave them to a little cousin. Maybe you just chucked them in the garbage. You probably completely forget what happened to them because it wasn’t even the slightest of a concern for you. Pokémon was over and the cards were worthless. Or so you thought.

Flash forward 15 years or so and we’ve got a set of cards raking in over $100,000. Granted, it was a complete set of first-edition cards so there’s a chance your collection could still be worth like..$3.97. But still. If I find out that this collection belongs to some dude who is in his late-20s/early-30s, I’m going to be furious. It’s going to be a much easier pill for me to swallow if this collection just came from some old man who just collects cards for a living. But if it was just some kid who started collecting Pokémon cards in elementary school and just never threw them out? And now he got over $100,000 for them? Put a bullet in my fucking head.