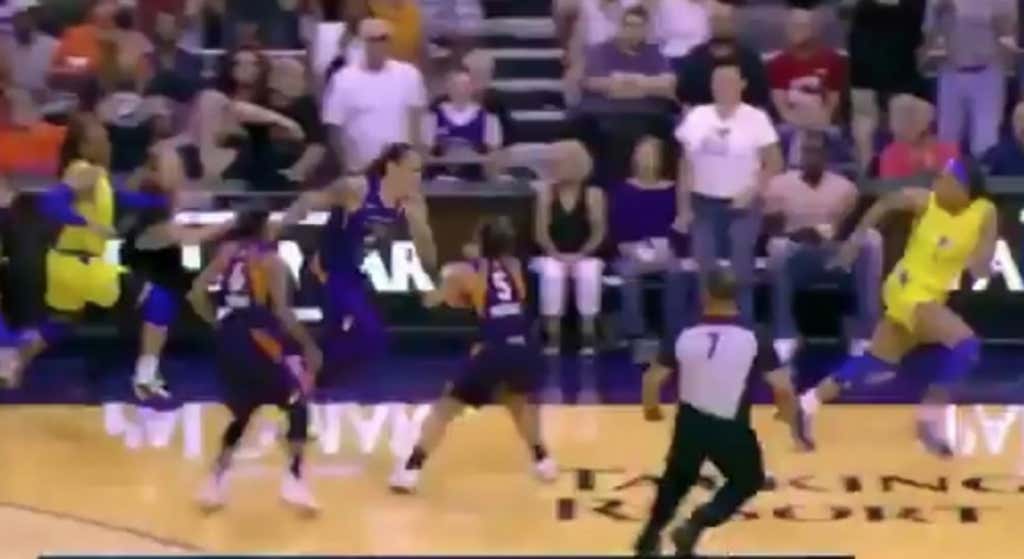 So this popped up on the timeline over the weekend and I’d be lying if I said I haven’t watched this 500 times now. Each time Kristine Anigwe seems to be running faster. Can’t say I necessarily blame her. If Brittney Griner came after me attempting to punch my head off I’d be running a sub-4.0 40 too. She looks like Willie Mays Hayes when he wakes up at Spring Training. One of the more impressive athletic displays I’ve seen.

Pretty impressive job by the ref to hold back Griner. Granted she started throwing punches (slaps) over his head because she’s a foot taller. Need to know who Mush and Glenny had in this game. It’s no secret we love the WNBA here at Barstool, especially with Big Cat back in the day during Chicago Sky games.

And now we’re getting Brittney Griner getting ejected on her bobblehead day. We’ve come a long way, folks.