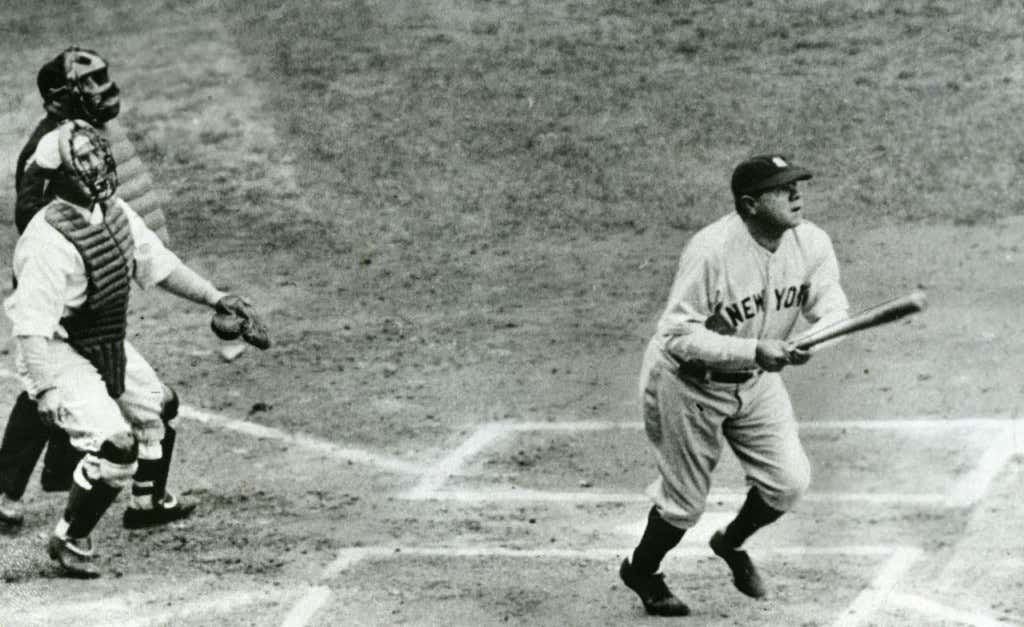 Babe Ruth of the New York Yankees becomes the first player in baseball history with 500 home runs as he takes Willis Hudlin deep in the second inning of a 6-5 loss to the Cleveland Indians at League Park. Prior to Ruth making the home run popular the all-time record for career, dingers was held by 19th Century star Roger Connor, who had 138.

The legend of George Herman Ruth born in Baltimore on February 6, 1895, is one of the most well known in baseball. A ruffian sent to live at Catholic Boarding School, Ruth learned to play the game and caught the eyes of professional scouts, who gave him the nickname Babe. Making his debut as a pitcher in 1914 with the Boston Red Sox, Ruth was one of the top left-handed hurlers in the game as he led Boston to three World Championships in four years, winning the ERA title in 1916.

Babe Ruth was also a gifted hitter and it became clear he had a knack for hitting the ball further than anyone had ever seen as Red Sox manager Ed Barrow began using him as an outfielder. In 1918, Ruth led the American League with 11 home runs, a year later he set a new single-season record by hitting 29 home runs in his final season in Boston.

The Red Sox would sell Babe Ruth to the Yankees for the 1920 season. Ruth’s arrival in New York started a new era in baseball, as the Deadball era came to an end with owners across the leagues quickly realizing how popular the home run had become. That season Babe Ruth took the record to 54 and then to 59 in 1921. Along the way, he smashed the career record of 138 home runs held by Roger Connor for 25 years.

The next player to hit 500 home runs was Jimmie Foxx, who achieved the milestone with the Red Sox in 1940, finishing his career with 534. Today there are a total of 27 members of the 500 home run club, the latest being David Ortiz in 2015. Ruth’s record would eventually be topped by Hank Aaron in 1974, as he raised the career record to 756, with Barry Bonds following and taking the record to 763 in 2007, with the aid of performance-enhancing drugs.