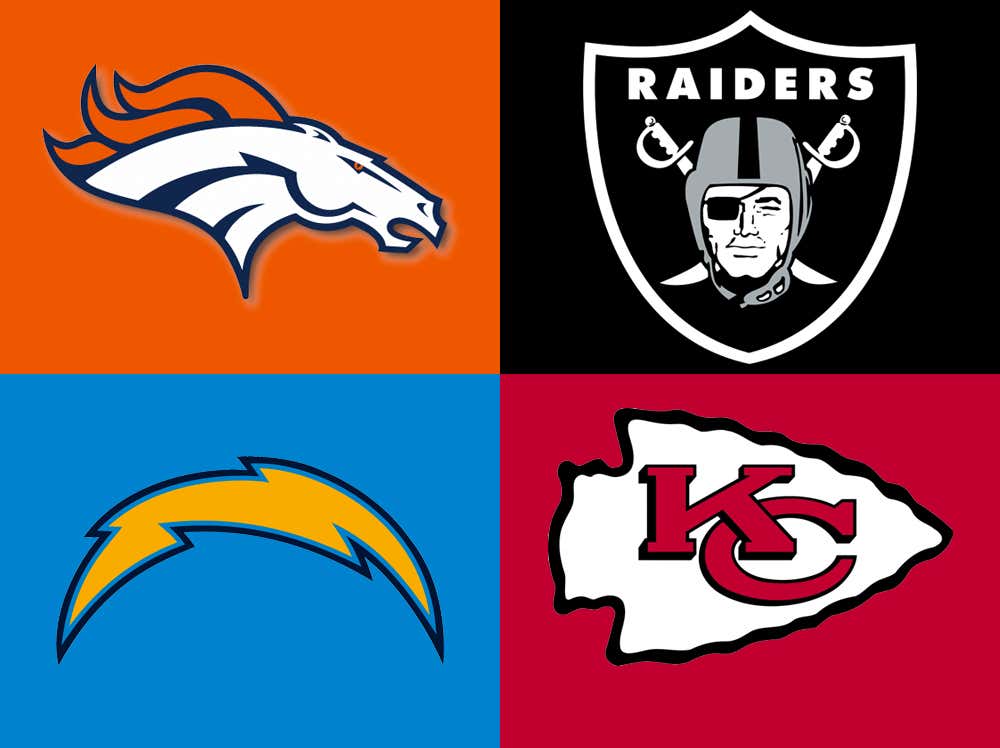 Football is back baby!!!! It may only be a few, sweet seconds of starters but god DAMN it does it feel good. The return of preseason means the return of the AFC West blog, so lets shake off the cobwebs and talk some football.

The Charger backups played a promising first quarter followed by an extremely meandering 2nd and 3rd, falling to Arizona 17-13. 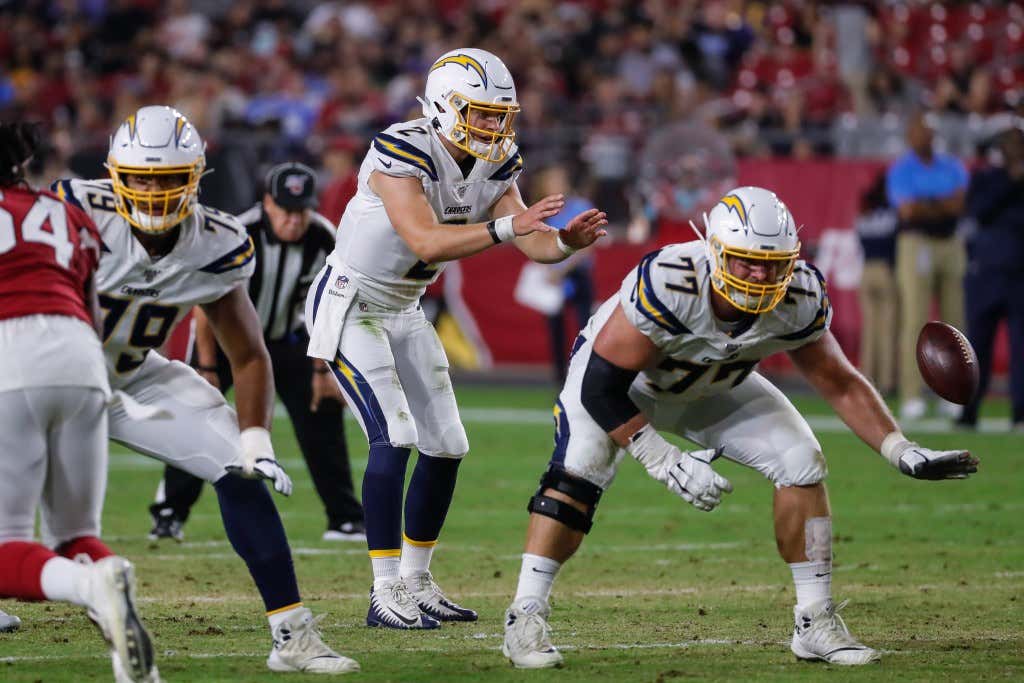 Tyrod Taylor got the start, going 6-6 in his 2 drives including one capped off with a touchdown by Justin Jackson. He showed great presence in the pocket, and also tremendous decision making ability in general. He had a 23-yard run and a 28-yard completion to Mike Williams that showed bringing him in was a great security move. Cardale Jones came in for the 2nd and 3rd quarters, and boy did he STINK. He wasa 4-6 and ate two terrible sacks (Trey Pipkins was demolished on the edge all night). Easton Stick was actually pretty impressive. He has a  TERRIBLE mistake on his first drive, throwing a pick directly to a safety that he inexplicably didn’t see. However, he clearly learned from the mistake on his next drive. Instead of forcing a few passes, he tucked and ran/checked down. This includes a 31-yard touchdown run where he had a fantastic cut in the second level to get to the endzone. Besides the second unit offensive line stinking it up, my only other concern was Austin Ekeler. He fumbled on the opening drive and remains, in my opinion, clearly not a starting RB. He is a fantastic change-of-pace back, but he wasn’t overly-impressive in his starts last year or in this game. Get the deal with Gordon done, Telesco! (For a fair price considering his injury history, of course).

The first unit defense looked good, which is really all I care about. Even with a few starters missing, they forced Arizona to punt on their first 3 possessions before the backups came in. UDFA LB Chris Peace and Isaac Rochell both had impressive sacks, but I really just want to see Jerry Tillery to be honest. His draft-mate, Drue Tranquill, had a great read-turned-interception, though.

They take on the Saint’s at home next Sunday.

I don’t know why I didn’t lead off with the biggest revenge game in NFL history, but here we go. This relatively slow game turned into a BARNBUSTER when Paxton Lynch came in and helped Seattle beat Denver 22-14. 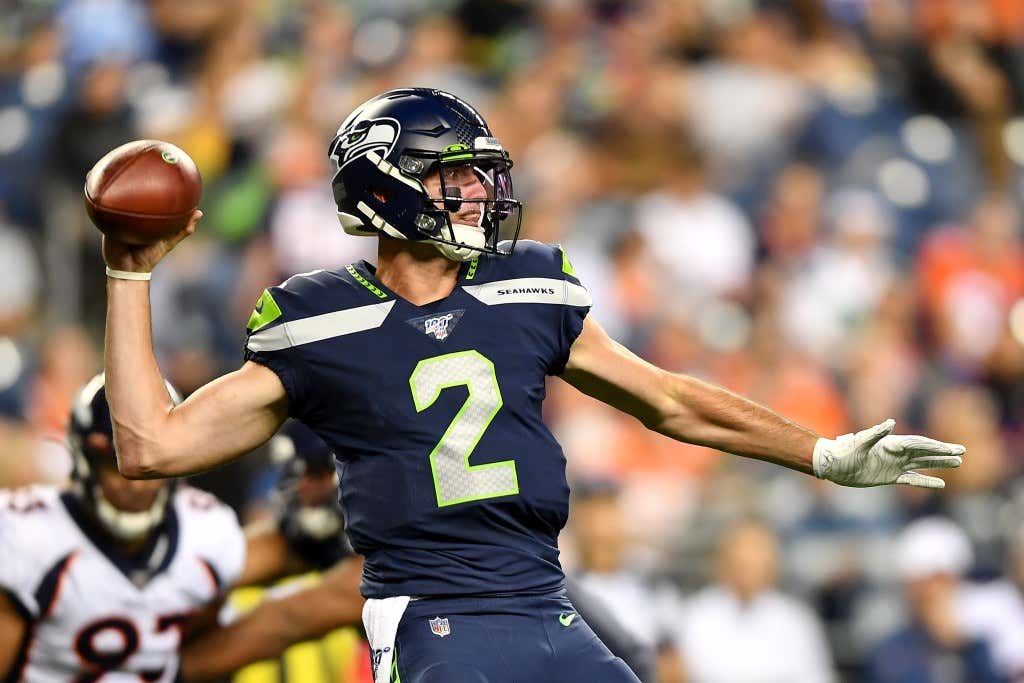 Joe Flacco looked pretty damn good in Bronco orange, going 3/4 in his only drive of the game and setting up a field goal in the process. Kevin Hogan had a pair of unimpactful drives, and then Drew Lock got a very long opportunity for redemption after stinking it up in the HOF game. He was good in flashes, but inconsistent overall, finishing 17/28 with a touchdown and a rough pick at the end of the game. The O-line didn’t help him much allowing 3 sacks, but some of it was purely bad decision making. At the end of the game he got slammed, and instead of throwing it away or keeping it, he lofted it to double coverage in the sideline. This was in addition to holding onto the ball in his own endzone and giving up a sack. Some positives to note, Royce Freeman looked great. He tore off a 50-yard run (fantastic block by Andy Janovich) all the way up the left side of the field. David Williams was a fantastic check-down option, but I’m not sure if there will be a place for him as an RB by the time the final roster is formed.

The first unit defense played as good as could be hoped, holding Seattle completely scoreless until they were replaced by the backups. Malik Reed had a beauuuuuutiful spin-move turned sack, but they were unable to stop Paxton Lynch once he got going. Linden Stephens got straight out-muscled on an out route at the top of the endzone for Lynch’s first score, and he trucked through 3 guys on a 9-yard run for his second. Not great!

Takeaways: Teach Drew Lock to throw the ball away, or at the very LEAST tell him to take a sack.

They play San Fran next monday at home.

Hey, fans of the Raiders/Football guys, BUY A SHIRT! 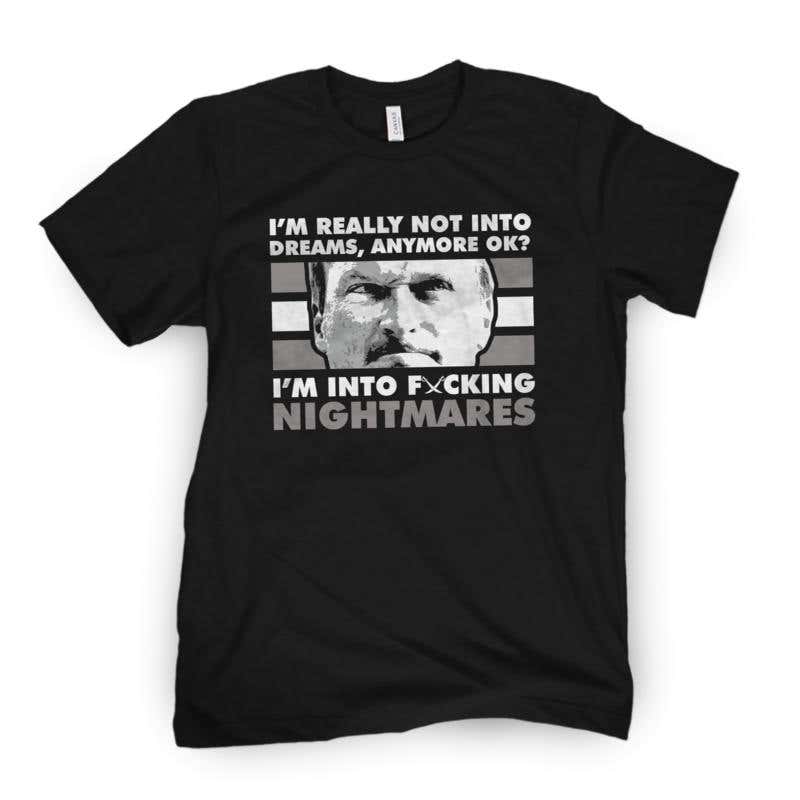