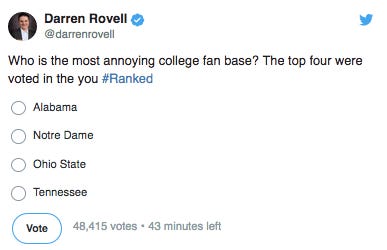 So Darren Rovell ran this stupid little poll for the haters and the losers of America could feel important. Notice anything similar about those teams up there? Yeah, they all win. Well…except Tennessee. But anyways, this is a very fitting poll for Darren Rovell to put up. He shouldn't need 50,000 people to vote in it though. He's the most annoying person on the entire Earth, so he should've just decided himself. It takes one to know one. But he went ahead with the poll anyways, and the results are now in.

THEY HATE US CAUSE THEY AIN'T US!!!

I am not surprised in the slightest that we won something, seeing as we literally win everything. But I will say that I am surprised we won "Most Annoying Fan Base". The general reception I recieve when blogging about Ohio State on this site is overwhelmingly positive, just like our record in the last seven years. That record would be 83-9 for those of you that don't have it memorized yet (54-4 in the Big 10).

Do you guys think it's jealousy? Wanting what you can't have? I've thought long and hard about why America would've voted this way, but I can't think of any other reason than the rest of the country being envious of Ohio State. And I'll be honest, that's sad to hear. I thought people in this country would look up to greatness. Aspire to find it themselves one day. I just don't get how everyone slobbers all over the Patriots 24/7 but then turn around and disrespect the Buckeyes like this? Hypocrites. Add it to the bulletin board. 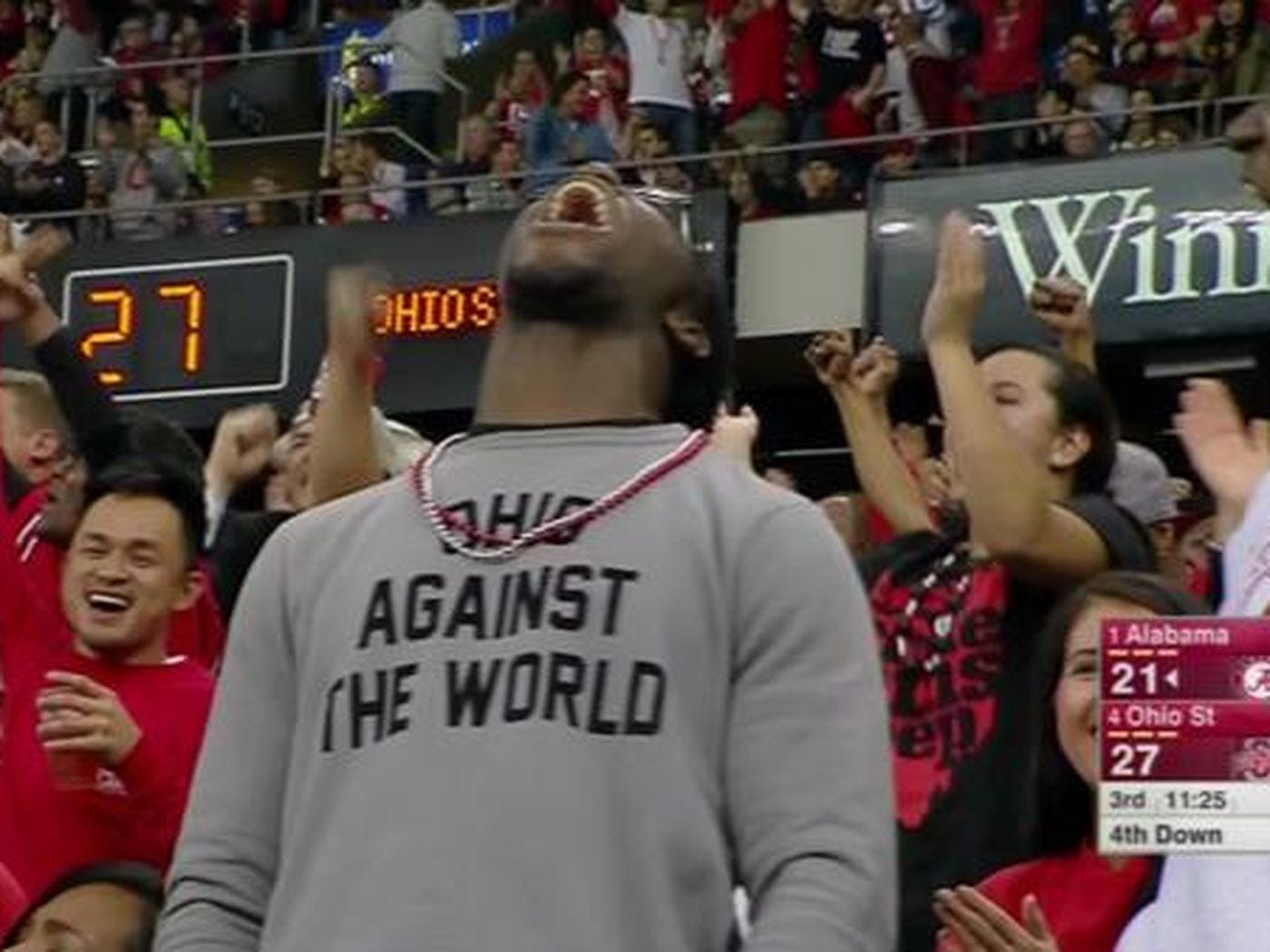