There are a few reasons I’m writing this blog and do some MiLB stuff in general for Barstool:

1. I follow MiLB baseball like crazy due to my MLB team stinking up the joint for 15 years.  Pay $10/year to watch the games on my computer. I want you all to know how much young talent is on the cusp right now aside from players like Tatis, Jr.

2. I’m a glutton for self-punishment, if that’s the correct phrase, because I refuse to let myself get over Fernando Tatis, Jr. I mean sure, he never even played a goddamn game in the White Sox system before he was traded three years ago for James Shields, but knowing that he could be manning 3B and the White Sox infield could currently be built like this makes me want to puke:

It’s just so goddamn painful to me.  I can’t get over it.  We would be swapping out these numbers:

I’m not a mathematician but I’m guessing the Sox win…. 5 more games if the Sox have Tatis Jr. instead of Sanchez.  And that’s 5 less losses.  And that’s a *drum roll please* 55-57 record in August of a rebuilding year.  That’s as scientific as I’ll get.  It sucks.

This is the best analogy I can come up with:

Hope that made sense.  It’s early.  I woke up pissed off.  Waking up pissed off isn’t a fun feeling.  I just want what’s best for the White Sox.  Now to their defense there are 1000000 examples of teams getting rid of players that eventually became good, great, etc.

Off the top of my head, the Cubs traded Josh Donaldson for Rich Harden, the latter of whom didn’t do shit for them and the Yankees just let Jose Quintana walk as an MiLB free agent.  It happens regularly.

But in the age of social media fans don’t forget about this shit.  Because Tatis is doing stuff baseball has rarely seen over the course of its history.  He’s a goddamn mini A rod.  Both debuted as 6’3″, 185ish pound 5 tool short stops that immediately walked on to MLB diamonds and dominated.

So let’s sit here and eat up those 5 tools: 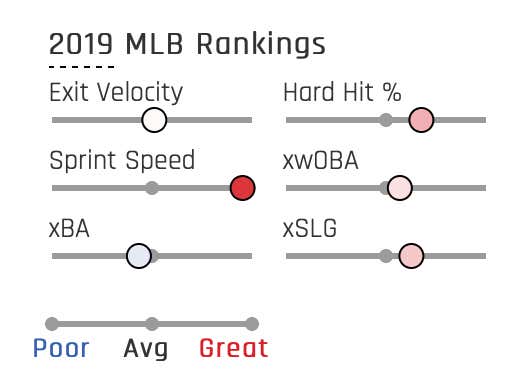 God damnit David, you gotta get over it!!!

Like I said, I can’t.  Maybe I could if I knew the Sox were on their way to finding the next Tatis Jr level talent, but I’m not sure they are.  The baseball gods are smiting them as we speak for trading him.  I mean, they just traded fucking international pool money to save a few bucks of big league payroll space when they have a bottom of the barrel payroll to begin with.  And that goddamn international money could be spent on finding…. ya know, the next Tatis Jr.

What the fuck is going on here?  I pray to god I’m missing something, but I don’t think I am.

Not sure.  It’s the dog days of summer.  I’m pissed off, like I said.  Sure Robert, Madrigal, Vaughn, etc. are waiting in the wings but I’m greedy.  I want that “critical mass of talent” to be amassed like Rick Hahn promised.  The rebuild’s death date will be 9/29/2019 and I know the team will be good next year, but I want them to be fucking AWESOME.  Not good, awesome.  I expect goddamn excellence.

Go spend some money this offseason and let’s win some goddamn baseball games.  Thanks.