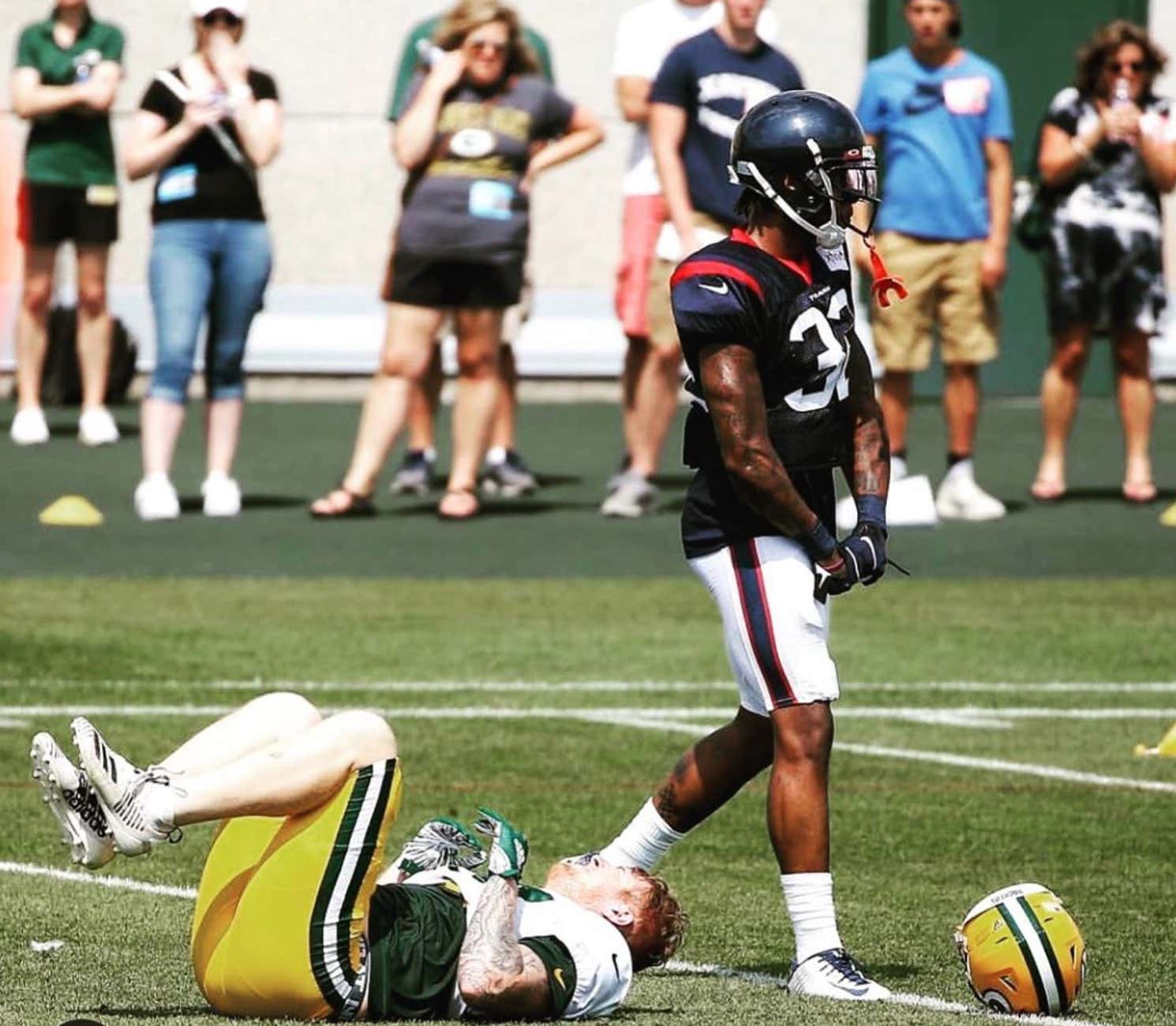 USA Today – Houston Texans head coach Bill O’Brien kicked his rookie cornerback off the joint-practice field Monday for being too physical after the second-round pick issued a pair of big hits during what was supposed to be a non-tackling session.

Johnson first laid the boom on Packers rookie tight end Jace Sternberger, whose helmet flew off. He had to be evaluated for a concussion but returned to the field.

Receiver Trevor Davis wasn’t so lucky. Johnson sent him to the ground on a kickoff return, and that prompted O’Brien to send the University of Kentucky product to the locker room for an early shower after what O’Brien deemed “not a big deal.”

Nowadays we have rookies out here getting kicked out of an NFL practice because they’re hitting too hard. A rookie. A kid who was in college last year is apparently hitting too hard for all these big bad NFL players. And I get that nobody wants to get absolutely smoked coming across the middle of the field in practice but guess what? That’s football, baby. Lonnie Johnson Jr doesn’t care if it’s practice or not. If it’s football, he’s out there looking to hit somebody. We could use more of that motor in sports today but instead, everybody just wants these dudes to have a giant cuddlefest out there. God forbid somebody actually wants to compete instead of just making sure everybody is safe and comfortable.

Guess nobody besides Lonnie Johnson Jr. wants to be great anymore.