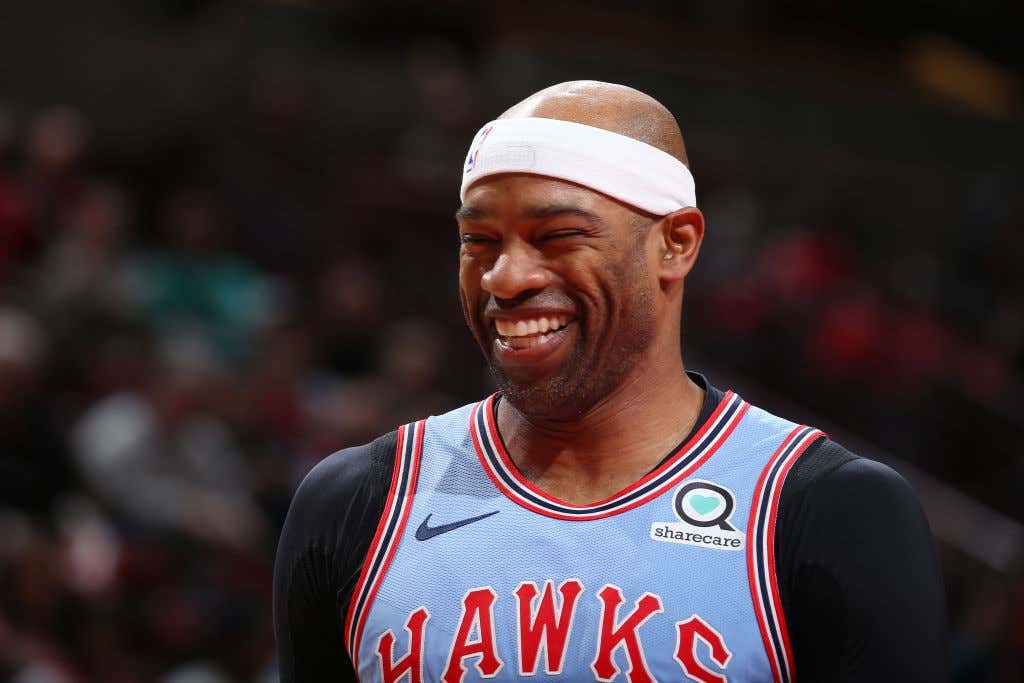 Earlier I blogged about how the Hawks were saving a roster spot for the legend that is Vince Carter which was a no brainer in my opinion given how well last season went for everyone involved. It was basically up to Carter if he wanted to come back, and with how open he’s been about playing next year it was only a matter of time before we got that Woj bomb. With this news Vince now becomes the leader in most seasons in the NBA, passing greats like KG/Dirk/Robert Parish/Kevin Willis. That is some list. As I explained earlier he’s definitely not washed up and is the exact type of veteran presence you want around your extremely young and extremely impressionable young roster.

That’s pretty outrageous no matter how you want to slice it. I know retirement tours are all the rage right now and everyone got all up in arms about Melo getting one, but something tells me we won’t see any backlash with Vince Carter. Everyone (even some Raptors fans after all this time) loves Vince Carter and I’ll always respect how he gave the middle finger to ring chasing just to ride the bench on a championship contender if it meant he could play somewhere else

So it’s great to hear he accepted the Hawks offer and is giving it one last go. Even if it was pretty much expected, it’s now official and he’s going to get the sendoff he deserves.