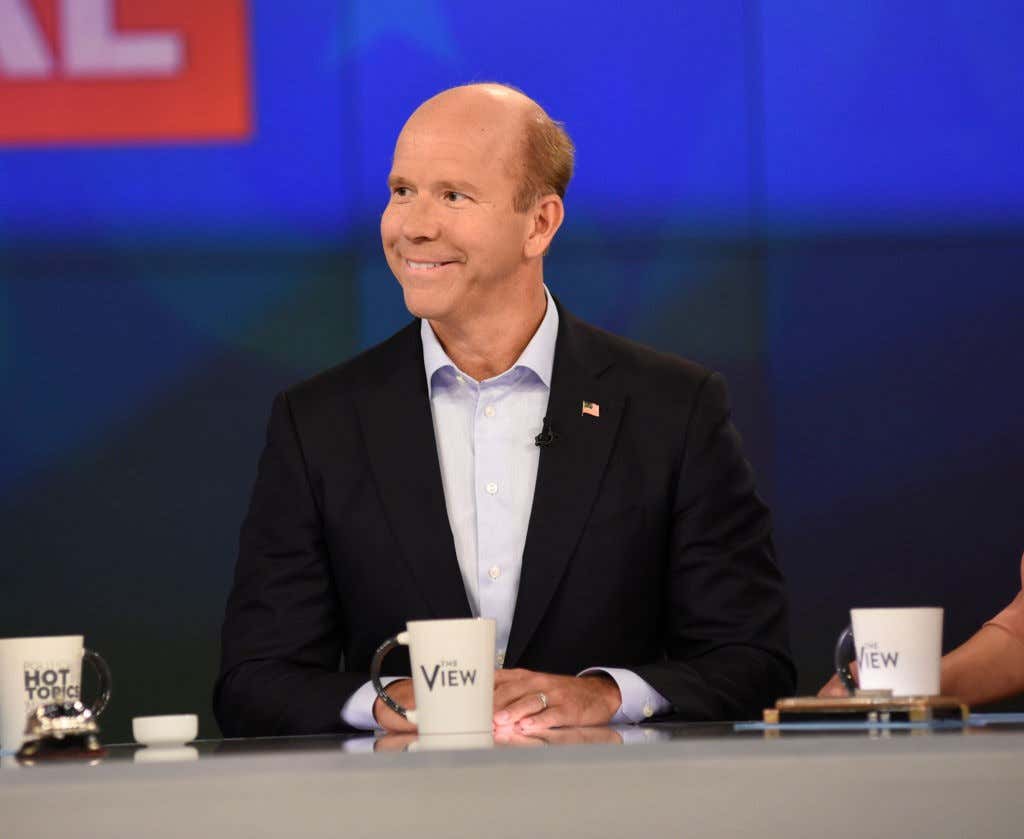 I dont know who decided a debate would be the best way to decide who would be President. Like the Al Davis method of drafting best wide reciever based on which one could run fast enough to reverse the course of the earth and take him back to the 70s. Debate is merely one part of being a effective Presdent. The most impotant traits any late 20th century -current day President can have include things like triggering people online, ensuring that  Northrop Grumman has completed a day of sexual harassment traning before awarding them a no-bid contract to build laser-guided missiles to be shpiped to Saudi Arabia, and downplaying your relatonship with Jefferey Epstein.

I’m up in Detroit Michigan, home of auto manufacturers, underated pizza, and overated hockey. Michigan is the big mitten but these canidates are looking to go no glove raw dog as they vy for the ultmate 4- year contract- as the last President who wont be blamed for global warming.

Night one in Detroit is now in the books and there one obvious outcome: John Delaney is the new sex icon of the Democratic Party. The Canidate got twice as much time on camera as any other canidate, only mostly because when the cameras on his forehead he logs facetime at twice the normal level rates. Initally I though that giving Delaney so much air time is like Mario Kart when your so far behind and you keep getting star star star star to let you catch up, instead of a red turtleshell to match his head. But I was wrong wrong wrong- the heat coming off this guys balls havent been registered at levels this high since Al Gore lost the evangelical minister vote by kissing his wife. Given Delaneys jowls and his big dome his visage gives viewers a simultaneous dose of tits and ass. With the charisma and good looks and bold new ideas, he is simply put- a modern day JFK ,and with a forehead that size he’s Lee Harvey Oswald’s dream.

So without further ado here are your winners and losers:

Why would you ever want to be Presdent it is literally the worst job in the world that dosent involve working for Dan Snyder. The best parts of the debate was when anyone would say “when I am president” its so cool because theyve all pictured themselves in the oval office and all of them except maybe 1 is going to have to face the realty that it was a dumb idea to think they could ever get that far.

CNN. What a big group of losers that place is (if you work there and approved my credental please note that was a joke.) Big losers all around. Its pretty obvious that Jake Tappers plan is to pull a House of Cards style last minute replacement of the final canidate with himself and a hologram of himself jerking the real Jake Tapper off as his VP.

I was very disppointed in the moderators to not preface any questions with “In one word”. Those are the absolute best.  The shit-eating grin on Joe Bidens face right before he put the nail in the coffin on his poltical career when Jake Tapper asks him “in one word what does NWA stand for?” would of been one for the books.

Another way CNN isnt good is that its not very similar to watching NFL football. Cilizza makes Terry Bradshaw look like Ryan Fitzpatricks son. There should be a redzone channel for everytime a canidate says “as governor, I” or they put the camera on a guy that you cant tell if he was a extra in a episode of Billions or a congressperson of a state you’ve never visited.

The Socialism word is a hot topic in the Democrat party. Socialism like it or not is allready very much a part of American cultre wether it be in certain podcasts, blogs, or bloggers who host podcasts. Also basicaly our entire agriultural system. Some of the candidates biggest fear is being called a socialist, and some of there biggest fears are not being called one. The controvery continued as Pete Buttigieg delivered the most socialist statement of the night when he said that no matter what he said there would be someone who would say it was socialist.

Shes not mad but shes very disappointed in all the canidates who didnt do the assigned reading.

Ive noticed that political media is like sports media, except political media people didnt have friends who were nice enough to let them watch them get drunk in high school. Theres a equal love of Bruce Springsteen and diet coke and coffee being mentioned in there twitter bios, and there is no cheering in the press box unless its for Chuck Todd getting a sentence out without biting his lip so hard accdentally it looks like he went down on the WKU mascot.

I cant go more then a couple paragraphs without thinking about that Hunk Delaney who got half of all the airtime depsite having the same polling numbers as a “Guess Who” character whose main clue is “does your character have a tattoo of the AFLAC duck on his lower back”.

On Monday I sat down with John Hickenlooper who has surged from 1-2% in the polls this week (3% margin of error) and got into alot of interesting things. Hickenlooper is a geologist who was also a career fracker alot of people think he needs to make up his mind does he love rocks or hate them. The former Governor of Colorado oversaw Tebowmania, the legalization of marijuana, and he has a conditon called “face blindness” which means he dosen’t recognize anyones face after meeting them. The perfect witness to commit the perfect crime in front of.

While none of the canidates have yet to way in on A$AP Rocky or other matter’s of important foreign policy, I am exited to get to ask some more questions this evening after the actions over.

Beto just gave off the aura of a man who is constantley apologizing to his parents for the Cat in Hat coming over and fucking up the house. Its allmost like losing to the most unlikable person in natonal poltics dosent prepare you to run a campaign where you have to face a group of canidates whose parents havent assassinated a President. Beto seems like hed rather be practicing guitar or doing the most clumsy reenactment of the animal cracker scene from Armageddeon instead of sitting there on that stage. Major Deer in the headlights look and the Buck stops here. El Paso, more like El Failo.

I like that Governor of Montana guy whose name Im not going to bother to memorize until he reaches out for a interview. Heard a unconfirm rumor that this fossil fuel obsess guy was the loudmouth kid from Jurrasic Park who had Sam Elliot drag the velociraptor claw across his belly. I LOVED his answer about nuclear proliferation and gun control- he drew a very clear line in the sand about people that should only be aloud to own weapons that can kill more then 50000 people at once. Its a chessmove meant to ensure that if all of his supporters were gathered together they could not be elimnated.

Marianne Williamson is still one of the best parts. Shes like the Rob Lowe of the parks and rec of this DNC. she was suppose to be brought in for just a couple days but god damn she makes the whole thing so much more interesting.You can never be sure what shes going to say besides the fact its going to sound like it was cribbed from the liner notes of a Jefferson Airplane album. Loved when she was debating the Montana Governor on gun control- Never Mind the Bullocks heres the Hex Pistol.

Theres alot of budget talk about how to pay for there programs but its all to confusing to th average viewer. They need to reframe how much money they’re taking out in terms of how much it’s worth in cups of coffee like The Athletic subscriptions does. For the price of 6 Flat Whites (no offense to Beto, Hickenlooper, Montana Fossil boy, Klobuchar, and Ryan) a month you can pay for a AI system to treat the next generation of predator drone’s PTSD after they become advanced enough to have a conscious.

Tim Ryan was there.

(I actualy sat down with Tim today to talk about his campaign and he was a very intresting guy- from right outside Youngstown Ohio- look for that video coming later today or tomorrow.)

Shes from Minnesota, and the fact that shes just repeated that fact over and over again after sharing a stage with these other 9 competitors is just her cultures way of firmly telling them they should all go home.