Think about how far the graphics have come along in Madden over the years. I remember there was a time when I was playing Madden 2002 on a PlayStation2 and my grandparents were so damn confused because they thought there was an actual live NFL game being played on some random Wednesday afternoon in the middle of April. I thought to myself, “wow old people are so dumb. I mean the graphics look cool and everything but how do you think this is an actual real life game right now? Nerds”.

17 years later and I’m that old asshole who needs to do a quick double take to make sure that a Madden game isn’t an actual NFL game being played. And it’s not even just the graphics themselves but also the way that the game flows and the way that the players move. It’s all so realistic at this point. Well everything is realistic besides aggressively handsome first year coach Kliff Kingsbury. 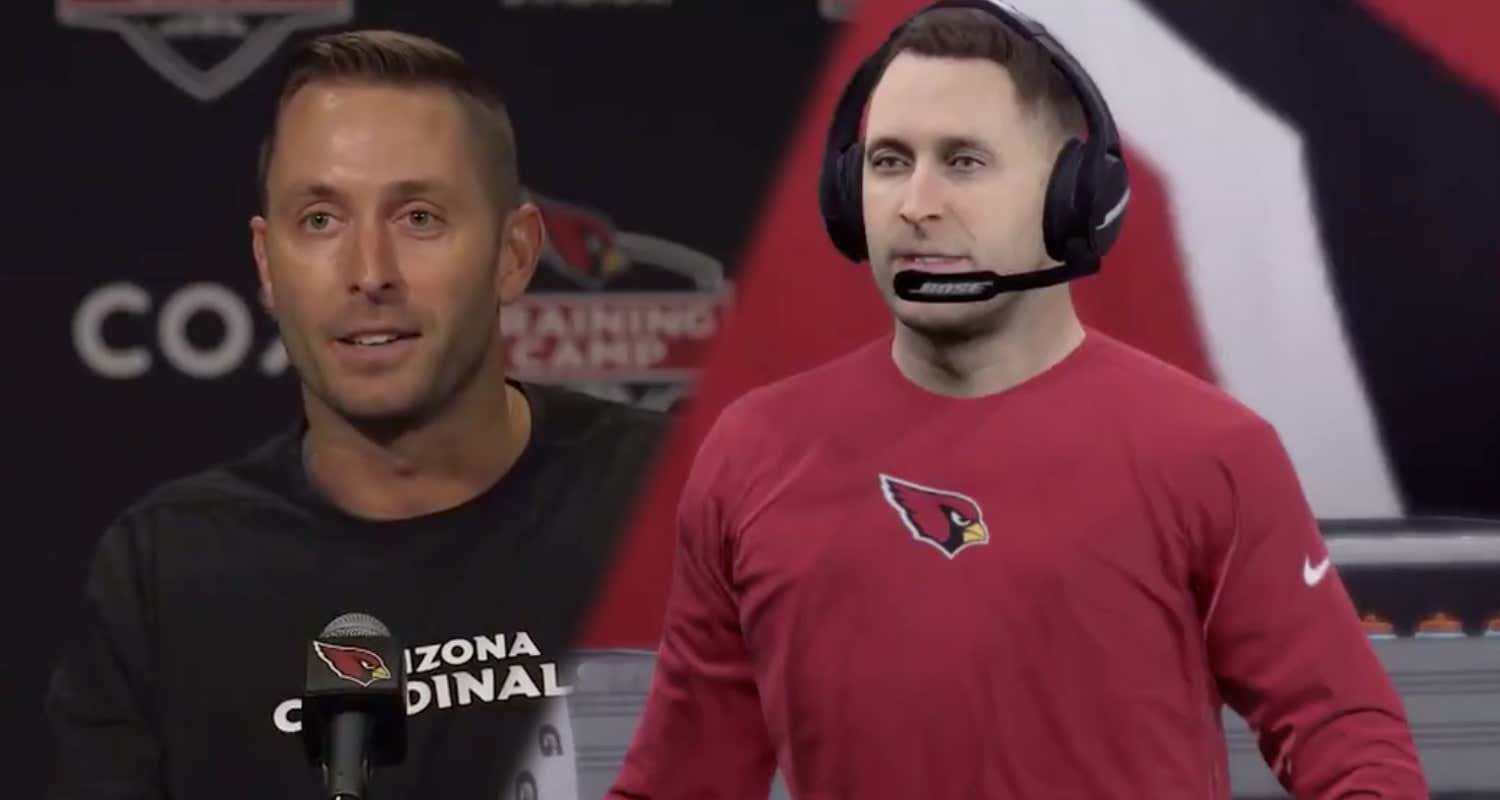 HOWEVA….real life Kliff Kingsbury? You just can’t compete with that guy. You think this dude took a job in Arizona just so Madden could make him look like a ghost on the sideline? Heck no. That tan right there is what separates guys like Kliff Kingsbury from all the regular jackasses in the world like you and I. He’s toasted to a perfect golden crisp. There’s not a single hair out of place. He doesn’t have butthole eyes. And for as in shape as Madden Kliff Kingsbury looks, real life Kliff Kingsbury probably hasn’t touched a carb since 2004.

All I’m saying is making Kliff Kingsbury look like he just took a bath in mayo is more egregious than giving a guy like Saquon a 73 speed.