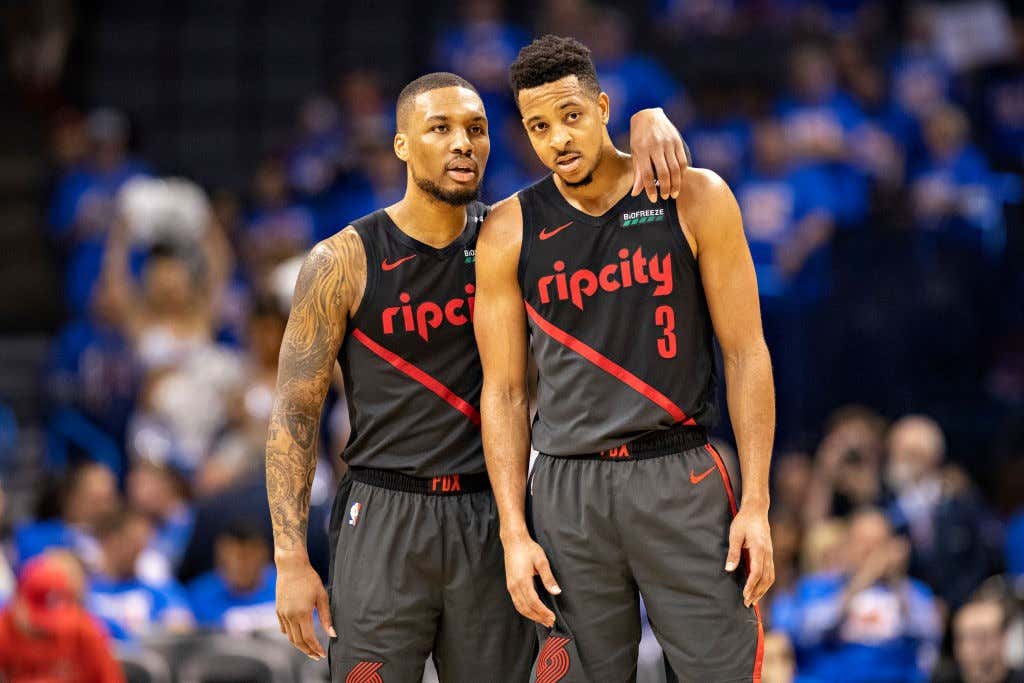 Crazy it was just a few years ago that there was talk out there about how the Blazers should blow up the dynamic backcourt pairing of Damian Lillard and CJ McCollum as a way to jumpstart a rebuild. Now here we are and both are locked up for the foreseeable future for a combined total of $414,000,000 including their salaries for next season. To me these two are perhaps the most lethal back court in the league outside of a healthy Curry/Klay, and now they are one of the most expensive. Withthe Blazers proving they can be a top 3-4 seed consistently, it makes sense to move forward with these two as your cornerstone pieces.

Now while he’s never been an All Star, in today’s NBA where everyone seems to be getting big time money, McCollum in my opinion is worth the price. He’s been a lock for at least 20ppg in each of the last four seasons since he became a full time starter, he almost NEVER gets hurt and is a lock to play 80 games every year and he’s been absolute nails in the playoffs since 2014. Add to it he appears to be just like Dame in a sense that he comes with zero drama, and really there’s no downside to this extension. He’s only 27 so this deal will now take him through his age 33 season and nothing about how CJ plays says he won’t age gracefully.

To me, the bigger news here is what this means for the 2021 free agent class. We’re already starting to hear about how big that summer is going to be, and now one of the best players of the class is officially off the board. Sure you have guys with player options like Chris Paul, LeBron, Kawhi, Blake Griffin, and Paul George who may enter free agency but aside from that we’re looking at Giannis (probably not leaving), Rudy Gobert, Steven Adams, LaMarcus Aldridge, Victor Oladipo, Gordon Hayward, Andre Drummond, Bradley Beal (maybe), DeMar DeRozan, Mike Conley etc. Who knows if any of those guys will be on the move since they are all basically the best players on their current teams.

That’s why to me of all these guys if McCollum didn’t get an extension you could make the case that maybe he was someone who could be brought in as a missing piece if these other stars stayed put. A guy that is a perfect complimentary player to a team’s star, who can also get red hot and win you playoff games by himself. But in the end POR forked over the cash and at least for the time being the competitive balance in the West remains even.