In the words of the great Rick James, 'Cold…blooooooded.' File this one under 'things you hate to see.' Nothing worse than a community fighting amongst itself. Especially when that community already has a tough time being taken seriously. Having said that, this is a wildly entertaining video. It checks all the boxes - it's short, it's high enerygy, and you have to watch it three times to make sure it's real. You know a street ball game is going to be good when the crowd starts following players up and down the court too. I thought this guy was going lose his mind when Mani hit him with the Dana B spin move. 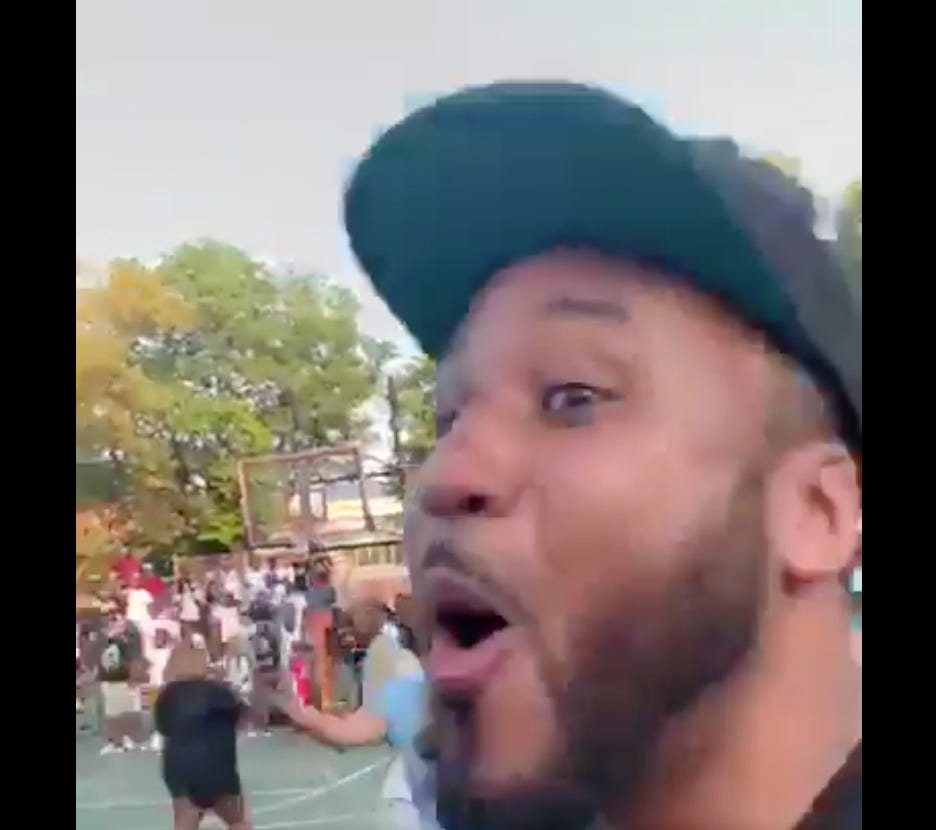 Which wasn't nearly as crazy of a reaction as when the other dude hit his rebuttal shot with the three stooges standing behind him. 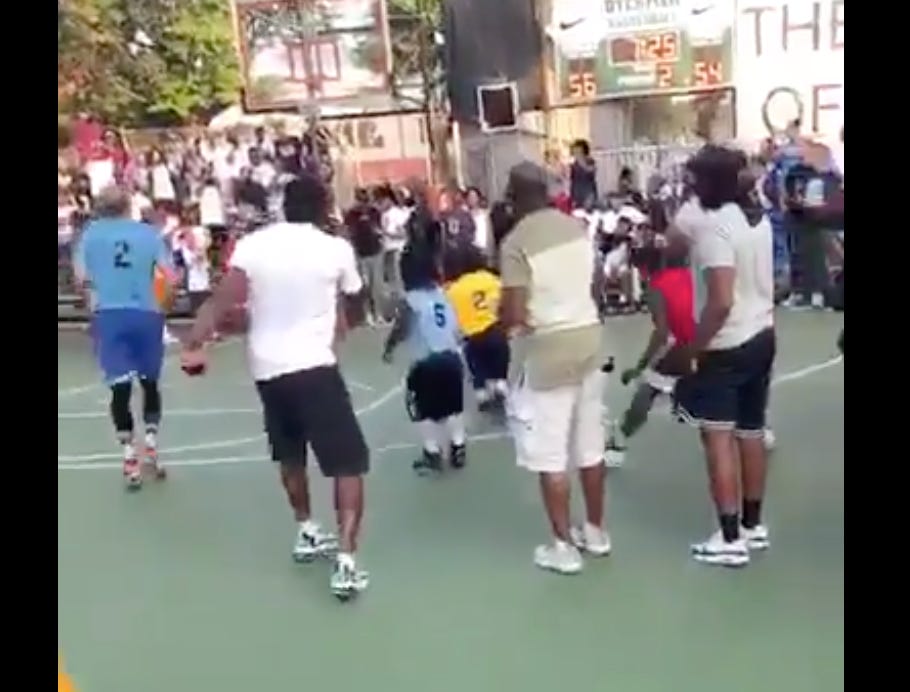 I know street ball will never get back to the level it was at during the And 1 Mix Tape days, but it's still fun to think back to when Spyda and Hot Sauce and Skip To My Lou and The Professor used to break ankles all over the beta version of YouTube. I realize that makes me sound like an old man, but I don't care. These two dudes are a flashback and I could watch them play all day long.