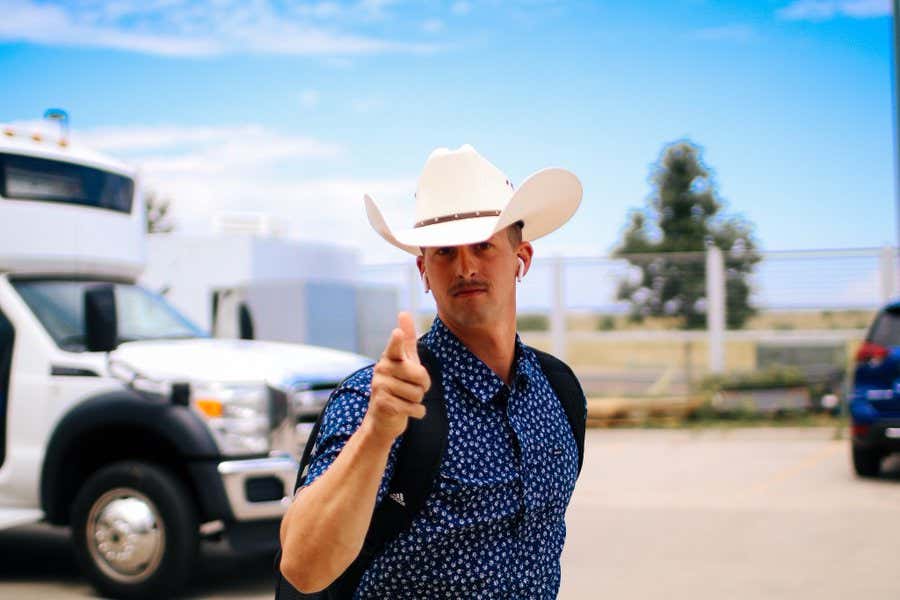 7 weeks down. 3 more to go in the regular season. The boys were up in the Rocky Mountains this weekend and I gotta tell you something right now–that John Denver? He’s full of shit, man. Because everything I’ve ever heard about the Mile High City is that the air is thinner in the high altitude, making it hard as heck to catch your breath. But the Atlai started off the weekend going on a 7-0 run, so I’m gonna need some of you science nerds to explain that one to me.

A seven-to-nothing run to start off the weekend. I know that marijuana (pot) is legal in Colorado so maybe the Redwoods were just partaking in some local festivities to start off the game. Only reasonable explanation for why they were still dead asleep midway through the 1st quarter after getting two-bombed to death by the Atlas.

By the end of the first quarter it was a 9-2 shit pumping for the Atlas. After the first half, it was a 14-6 game. In most sports and in most leagues, you could probably just consider that game over right then and there. But not in the Premier Lacrosse League. Because in the PLL, nothing ever makes any sense and the points don’t matter. So it was 14-6 at the end of the first half, but next thing you know the Redwoods were able to climb back to within 4.

6 straight goals between the end of the 1st half and the start of the 2nd for the Redwoods. Again, if you try to make any sort of sense out of the PLL, you’re just going to end up looking like a big dumb stupid idiot who should probably stop podcasting because everything you say for a Friday episode ends up looking like a freezing cold take by Saturday afternoon. I know from experience.

So the Redwoods were able to climb back to make the game interesting thanks to Jules Heninburg doing Jules Heninburg things, and Ryder Garnsey doing Ryder Garnsey things. But when you spot the opposing team 7 goals to start off the game, that’ll probably come back to bite you in the ass later. So it was a classic too little, too late type of sitch for the Woods and the Atlai were able to hang on 18-15.

If the Whipsnakes had won this game on Saturday, they would have been the first team to clinch a playoff spot. Unfortunately for them, Myles Jones is an absolute freak of a human being and said “fuck your playoff spot”.

Too big. Too strong. Too fast. Too scary.

Now this game did have some saucery from the usual suspects. We had Matt Rambo stuffing a couple past his roommate Blaze Riorden. (also peep that sick son of a bitch Mark Glicini trying to block another shot with his back like an absolute lunatic)

Ryan Drenner was also there to fill up the stat sheet, as he’s typically one to do.

But with Miles Thompson and Josh Byrne both out for the Chaos at attack, they needed some other guys to step up and stuff a few balls in the back of the net. That’s where a guy like Deemer Class comes in called game after the Whipsnakes tied it up late in the 4th.

Sidenote: The fact that this was even attempted was utterly ridiculous. Connor Fields is a bad man.

All of these teams in the PLL are so evenly matched and all of these squads have rosters that look like all star teams. With that being said…well the Archers and Chrome have just had the worst luck so far this season. The Chrome started off the year 0-5 before picking up their first win, and the Archers had lost 4 in a row after starting off the year 2-0. So this game was to lock up last place in the league, and we should have known it was over the moment that Will Manny came stepping off the bus in a pair of jorts.

Clear eyes, clean jorts, can’t lose. With that being said…this game actually started off pretty slow. Which you could probably tell by the fact that both teams ended with single digit goals on the day. Granted, the goalies were playing out of their damn minds all day. The Archers even switched up goalies halfway through the game which seemed like a silly move when Adam Ghitelman only gave up 5 goals in the first half and was breaking out some saves like this one with the boot.

But then Drew Adams went in there too start the 2nd half and was making monster saves like this one, and only gave up 2 goals in the 2nd half.

Typically if you have 2 goalies, you really don’t have 1. But only 7 goals allowed and a couple of highlight reel saves between both tendies in this game? The Archers have two legitimate studs between the pipes. And when you hold your opponent to just 7 goals in a game, it’s only a matter of time before your shooters start to sling that shit and smack the back of the net a few times for the win. Absolute weapons like Marcus Holman and Tom Schreiber, for example.

HOWEVA…I know that the final count on the scoreboard said 9-7 Archers, but I feel like this groundball from Joe Fletcher should have counted for at least something up there. I know that we here at Barstool Sports [dot] com don’t typically condone bullying but this was like giving a kid a swirly, stuffing him into a locker, and then hanging him up on the flagpole by his underwear all combined into one.

Realistically speaking, I think the league might need to step in here and suspend Fletcher for a game or two. That was just cruel. Fortunately for Will Manny, though, it didn’t result in anything and the Archers finally get back in the W column for the first time since week 2.

Bye week this weekend. San Jose, Hamilton and Albany after that. Then it’s on to the playoffs baby. See you beautiful bitches then.