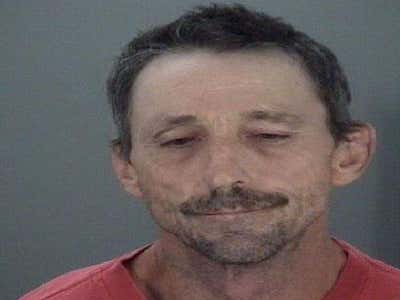 TB Times- A man who goes by the name The Rooster rode a horse to break into a New Port Richey home, according to the Pasco County Sheriff’s Office. Lonnie Maddox, 52, and Angel, a brown horse, were seen on security camera footage wandering around the property Thursday morning. Maddox opened a screened porch and tried to get in the padlocked front door, then gave up and entered through a back window, according to deputies. The window broke and caused about $100 worth of damage.

Around the same time, property owner Steve Ferguson spotted Maddox on his security camera and called the sheriff’s office. He said the property had been burglarized before and he had recently installed the fence to keep people away.

It’s no secret that the infamous Florida Man has been laughed at, criticized, and slandered here at Barstool Sports (dot) Com for getting caught up in preposterous situations known to mankind. However, I can assure you this is NOT one of those times. My guy Lonnie Maddox had the perfect crime lined up, which is no surprise since his nickname is The Rooster. You only get such a prestigious nickname if those in the crook community respects you.

While most thieves would bring a gas guzzling car to a robbery, Lonnie decided to bring a horse likely because it’s an eco-friendly high octane means of transportation that could go off road at a moment’s notice, looks regal as fuck, and does not require a license plate that could be traced back to Lonnie or a getaway driver that could snitch to the police if it gets caught. You may run into that last issue if the horse is able to talk like Mr. Ed or Hannah Davis’ horse in those old DirecTV commercials.

However, even though this crime took place close to the Jeter compound in Tampa, the description of the getaway horse does not match that of Hannah’s magical speaking horse. In fact, the only problem with Lonnie’s fool-proof plan is that you have to tie the horse up. Which of course Lonnie didn’t do.

Now before people criticize The Rooster for such an oversight, I’d like for them to harken back to the last time they pulled off a flawless crime all by themselves. The first time we meet Danny Ocean, he is leaving jail after getting pinched. Same for Frank Abagnale. If you are a crook without a blemish on your resume, you probably aren’t stealing anything worth stealing. And in case I haven’t sold you on Lonnie Maddox yet, this little note should do the trick.

When the deputies arrived, Maddox approached and asked if they had seen a horse. During the interrogation he was more concerned about Angel’s whereabouts than anything else, deputies wrote in a report.

Congratulations Lonnie. You may not have stolen whatever you were allegedly trying to steal from Steve Ferguson’s house. But by caring about the well-being of a lost animal more than your own freedom, you stole an old smut blogger’s heart. That heart probably doesn’t fetch much on the open market due to years of poor diet and being more of an expression than an actual fact. But I still salute you and look forward to blogging The Rooster’s next big heist.