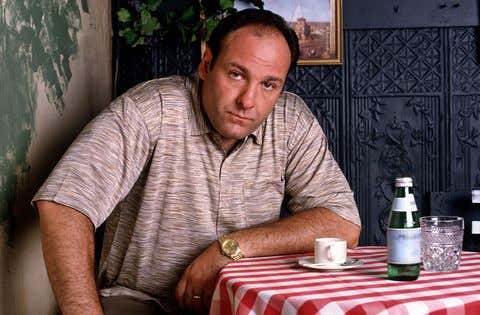 In 2020, The Many Saints Of Newark will be released on the big screen. That, of course, is a prequel to my favorite TV show ever, The Sopranos. The prequel will take place in Newark and focus on Uncle Jun telling Tony that he doesn’t have the makings of a Varsity athlete.

I’m interested to watch The Many Saints Of Newark. James Gandolfini’s son is playing Tony in it, which brings up the discussion of HBO potentially turning the movie into a series.

SOURCE-HBO programming head Casey Bloys chatted with Deadline about the prequel movie during the Television Critics Association this week. And, according to Bloys, James Gandolfini’s son, Michael, is doing such a fantastic job stepping into his father’s shoes as young Tony Soprano that, uh, HBO is toying with the idea of doing an entire prequel series now.

“I keep saying ‘never say never,'” Bloys said, according to Deadline. “There are no plans, there is no discussions about it, but [Michael Gandolfini] is a really good actor; we had him on The Deuce. There is nothing on the table at the moment but I will stay open.

All interesting comments from Casey Bloys. I’m not a TV purist and would welcome a new Sopranos series, but would also understand the thought that rebooting it (even in a prequel form) would potentially ruin the original series for some.

If David Chase is involved, I will 100% watch. If he isn’t, I still will watch but probably won’t be as excited. If this never happens, I’ll just rewatch The Sopranos for the 9th time. A win-win-win situation. Maybe we should start some sort of a rewatch blog series together. We’ll each watch two episodes of The Sopranos each week, and we can discuss it over Periscope/on the blog. Would be kind of cool for those who are Sopranos fans.