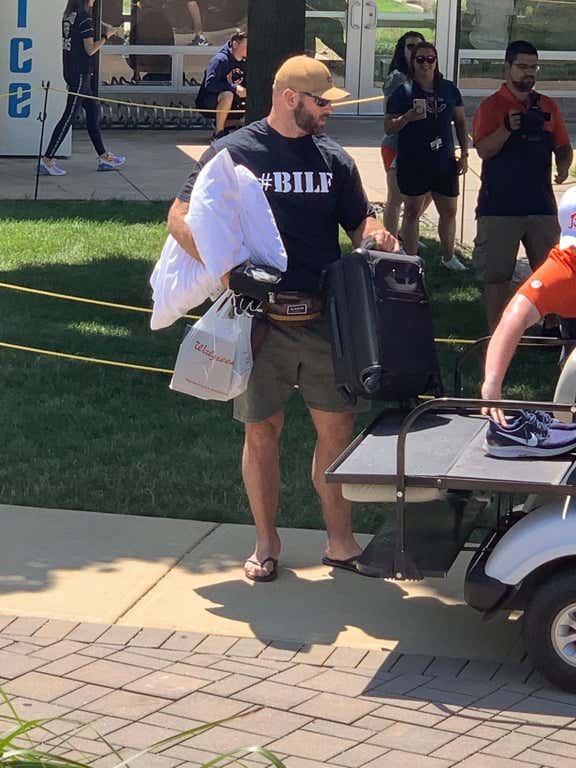 There was alot of chatter about this #BILF shirt that our guy Kyle Long wore yesterday when he reported to training camp. Most of the people on Twitter speculated that it stood for “Bear I’d Like To Fuck”, but apparently that’s not quite it.

I did some digging and here’s what I found in the Bears Reddit from poster Mc_Sizzle:

So as some of you may know, Kyle is a fan of gaming and streams on Twitch. Over the past couple of years Kyle has become friends with the twitch streamer Sandy Ravage, who is probably best remembered for his MW2 shotgun montage videos that were accompanied with rock/metal music as well as winning an H1Z1 tournament and being all around one of the top FPS players on youtube/twitch. Sandy is a Bears fan and over the past few years Kyle has made appearances in Sandy’s stream and chat and they have played games together. For example, a couple of months ago, they played co-op in Farming Simulator and also sometimes play things like MW2.

The term ‘BILF’ actually stands for BEAST I’D LOVE TO FUCK. It came from Sandy’s stream where he and some others would refer to Kyle as a BILF (obviously due to Kyle’s size and strength) and the name kind of has become a running joke in the stream. Although I guess BEAR could give it a sort of double meaning lol.

As for the shirt, Sandy got it made and sent it to Kyle who said he would wear it at training camp and my god the madman actually did it. Pretty cool of Kyle to do it and hilarious for people like me that actually watch Sandy’s streams and are in on the joke.

I can’t believe I’m saying this, but I think I actually like “Beast I’d Love To Fuck” more than “Bear I’d Like To Fuck”. It’s just so over the top aggressive that it’s tough not to admire.

Nice way for Kyle to ring in his 7th year in Chicago.

I would’ve liked this shirt a little more though: 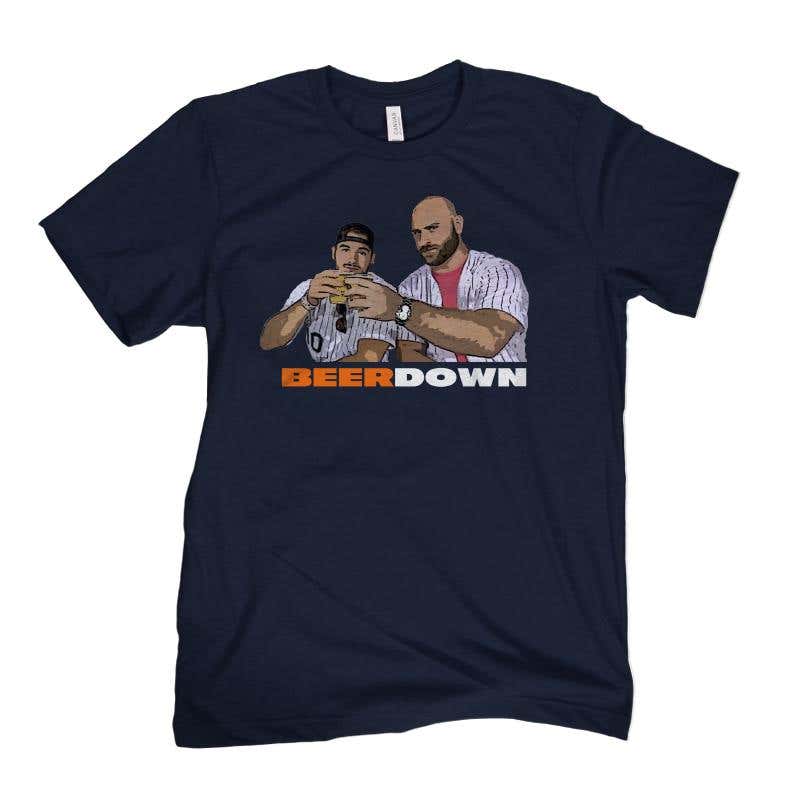 But, nevertheless it’s a good shirt/pic.

Nothing can top the two GOATs though: 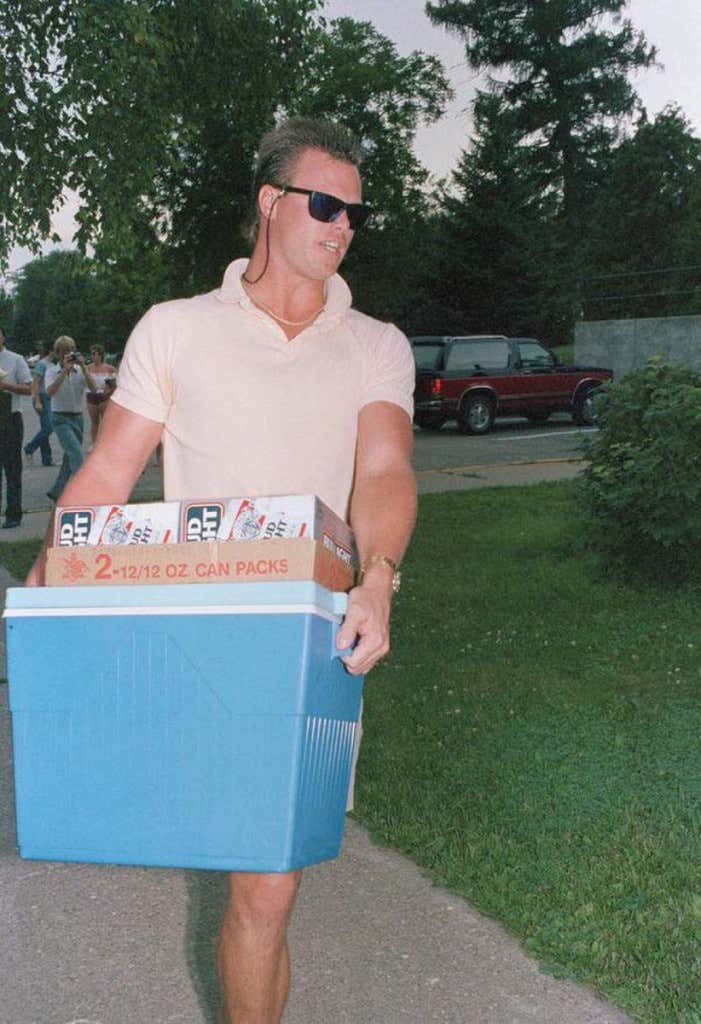 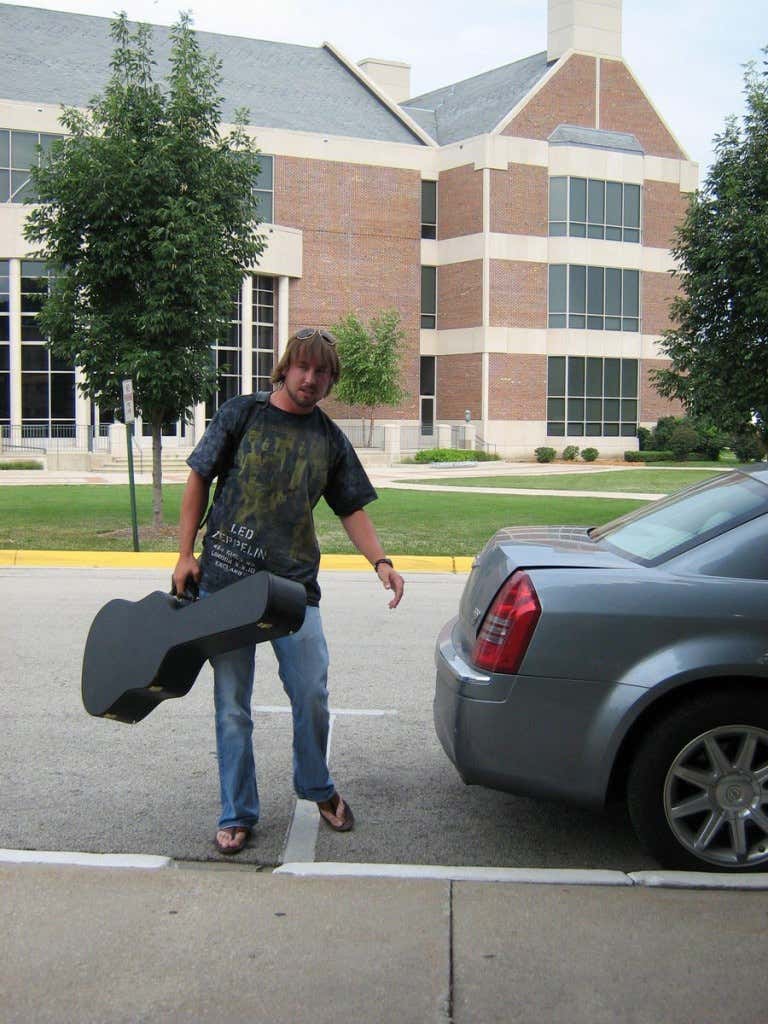