I know it’s July, but we’re in a slow time for sports. We’re also in the time where college basketball teams announce their schedule – specifically Kentucky. It’s a loaded slate yet again. Games against Michigan State, Ohio State, Louisville, Texas Tech and even Utah and Georgia Tech.

But it also means we have another year of Indiana fans crying and whining that Kentucky won’t play them. Here’s my message to the Hoosiers. Stop crying, it’s pathetic. I’ll go as far as it’s the most pathetic thing in the game. It’s been a few years and the two schools are at a stalemate. Cal wants to play all neutral site games, Indiana wants UK to come to Bloomington. Neither are budging from that.

I don’t give a shit as a Kentucky fan. Indiana doesn’t mean much any more. They haven’t been a top-40 team since 2015-16. It’s not like Kentucky is missing some marquee game. It’s missing a game that people from the 80s and 90s are romanticizing. Kentucky gets to play in the Champion’s Classic, CBS Sports Classic and SEC/Big 12 Challenge every year to go with the annual series with Louisville. That matters. You get some combo of Kansas, Duke, Michigan State, Ohio State, UCLA and UNC. Then with the Big 12 Challenge it was typically Kansas/WVU with this year Texas Tech getting the nod.

Now, I know what Indiana fans will say. The Wat Shot

It’s probably the highest point of Indiana basketball since the national championship game against Maryland. A great shot, a memorable one even. But, remember what happened later that year? 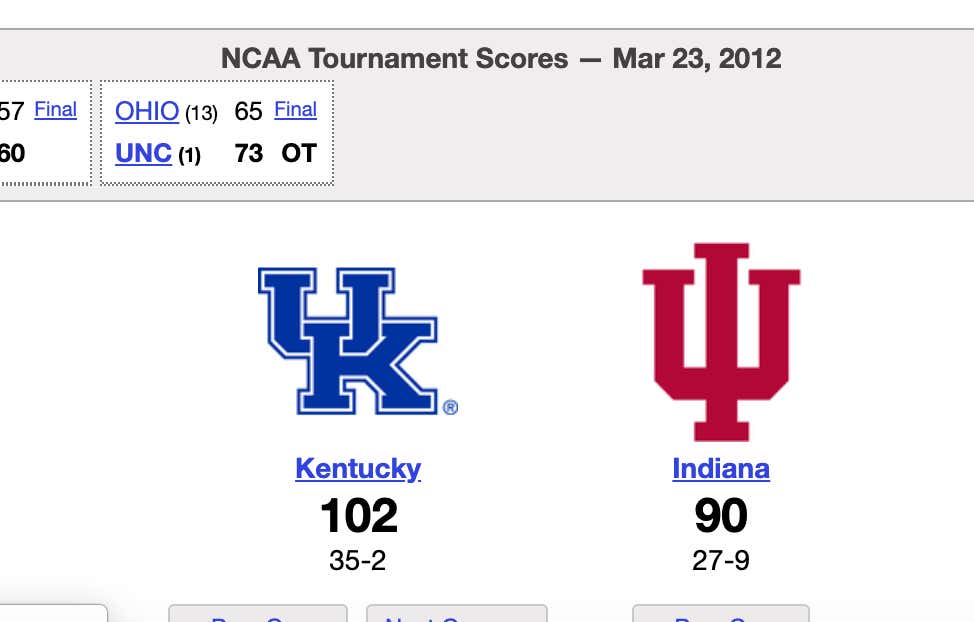 Oh, and even more than that, this happened. 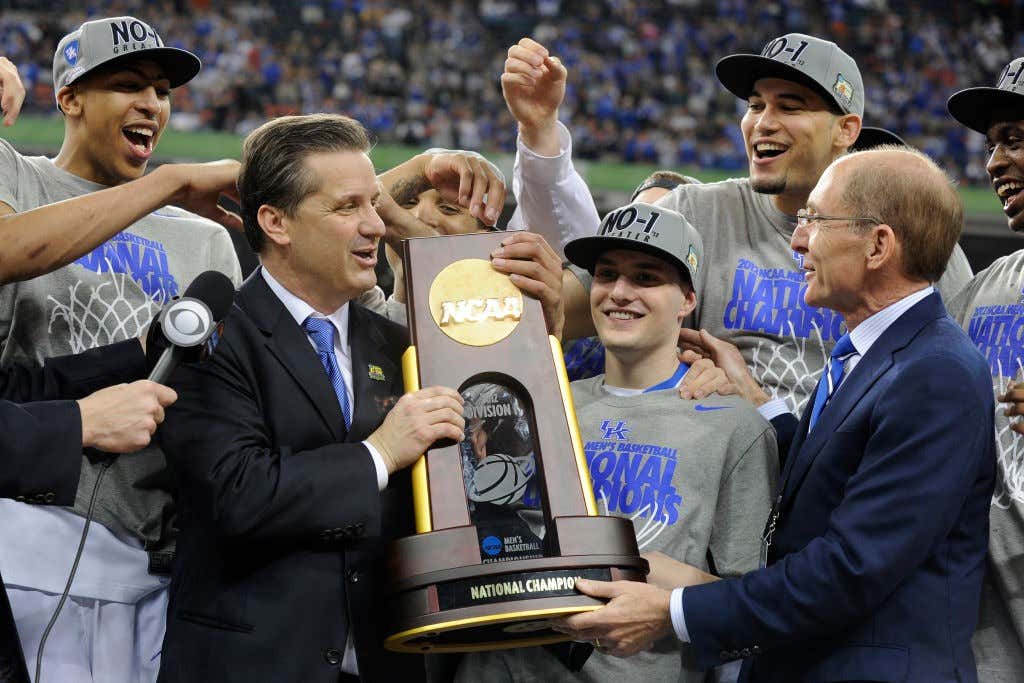 The fact of the matter is Kentucky doesn’t need Indiana. Indiana needs Kentucky on the schedule way more. Over the last 10 years UK has had the better non conference strength of schedule and it’s not even that close. Indiana has been a borderline NCAA Tournament team.

So keep crying and whining that Kentucky won’t come to Bloomington. I’d probably worry about making the NCAA Tournament again first though.