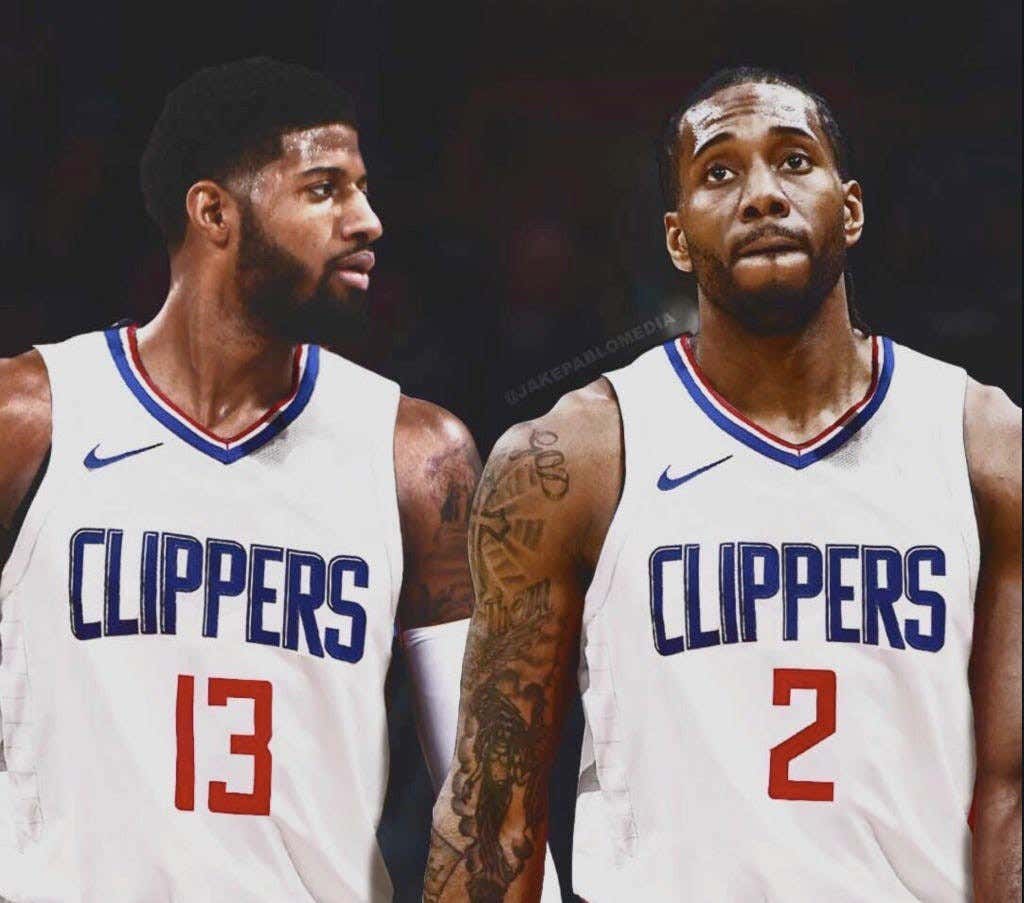 (The Athletic) – The code of silence was an unspoken rule.

But Leonard and his representatives made it clear: We have a way we handle business, and we expect the same. Leonard and his camp asked questions and received responses. Details shared in meetings, private and personal information on both sides, were to remain within the group. Leonard promised that to each team and expected the same, sources told Charania.

From their multiple conversations throughout the process, it was clear to the Clippers that trust, privacy and respect were important components of a productive partnership for Leonard.

“If you fuck this up, you’re done, you’re out,” one front-office executive involved in the process explained to The Athletic. “They didn’t say that, but that was the message. It was basically, ‘Look, we would appreciate discretion.’ Which means, ‘Keep your fucking mouth shut.’”

For the Clippers’ purposes, this was not a problem — secrecy was their preferred style long before this well-known request had been made.

I think all of us have been waiting to hear the details of how one of the biggest power moves in recent NBA history went down, and fortunately for us we’re starting to get more and more leaks. Yesterday it was about the outrageous demands that Uncle Dennis was making to teams, well today The Athletic put out a truly incredible story about how the whole process went down and I’m ready to call it a must read. That excerpt at the top is just a little appetizer, and it became pretty clear that the number one thing for Kawhi and his camp was secrecy. As we’ll learn, that was a major problem for certain teams.

For those of us on the outside, the news of Paul George being a key to this whole thing absolutely caught all of us by surprise. Based on this story Ballmer new about that potential pairing in early July. We also got an inside look at their actual pitch

Four days before the Clippers landed Leonard and George, they hosted a nearly three-hour meeting with Leonard inside coach Doc Rivers’ home in Malibu. Some key progress was made that Monday afternoon. Ballmer, Rivers, Frank and famed adviser Jerry West had been there on behalf of the Clippers, with Leonard, Robertson and agent Mitch Frankel the main part of the group being courted.

The Clippers pitched Leonard on multiple points, including the way the franchise had conducted its business over the past two years; Ballmer’s competitiveness and willingness to spend any amount necessary to win; Rivers’ coaching; the humble nature of the organization’s power players; their player services and player-centric environment; the benefit of being understated in Los Angeles; the front office’s shrewd decision-making and long-term plan; and the new arena the team plans to have built in Inglewood

Apparently the Clippers and Kawhi talked every day throughout free agency, not just at their pitch meeting. Remember, we didn’t get ONE leak about that. If anything the “reports” were that the Clippers were out. They were moving in silence and none of us had any idea. Now back to this whole idea of being hush hush. The Clippers are masters of this, nobody saw either the Blake Griffin or Tobias Harris trades coming, so it’s not exactly a shock that they were able to pull this off with nobody getting any nugget of information. The same cannot be said for the Lakers, who literally could not keep their mouth shut, and wanted to tell the world how much the nailed the Kawhi meeting

“I truly believe that when Magic started telling the media about the meeting he had with Kawhi and Dennis, that sealed the fate of the Lakers,” a person involved in the process told The Athletic. “I think that right there was when Dennis and Kawhi decided we can’t trust the Lakers as an organization. And that was it. I think that was it for them

Imagine thinking Magic is capable of keeping his mouth shut?

Once the Clippers made it clear that they could land that second star and Kawhi’s camp saw that they did everything they could to keep this air tight, it’s not shocking that he ended up in LAC. The Lakers were cocky and blatantly ignored his camp’s number 1 request. Sure they had the talent, but Kawhi is a different dude. He found his own running mate and went to a franchise that was committed to winning and went about the process the right way. In the end the Clippers beat big brother and became a legit NBA power over the span of 48 hours. What in insane story.