Charts like this always get me going. And by “always” I mean it’s the second one I’ve ever seen and the other one was about multi-billion dollar corporations throughout the history of America. But anyways, this one was simply a joy to watch. It’s like a race. Watching Charles Barkley get out to an early lead. Padding his stats, racking up techs like it aint no thing. Then Karl Malone and his 40-year career climbs to the top. Sick dude, nobody cares. But then something beautiful happened. Something majestic. Something you couldn’t write in a movie because it would be too unbelievable: Rasheed Wallace happened. 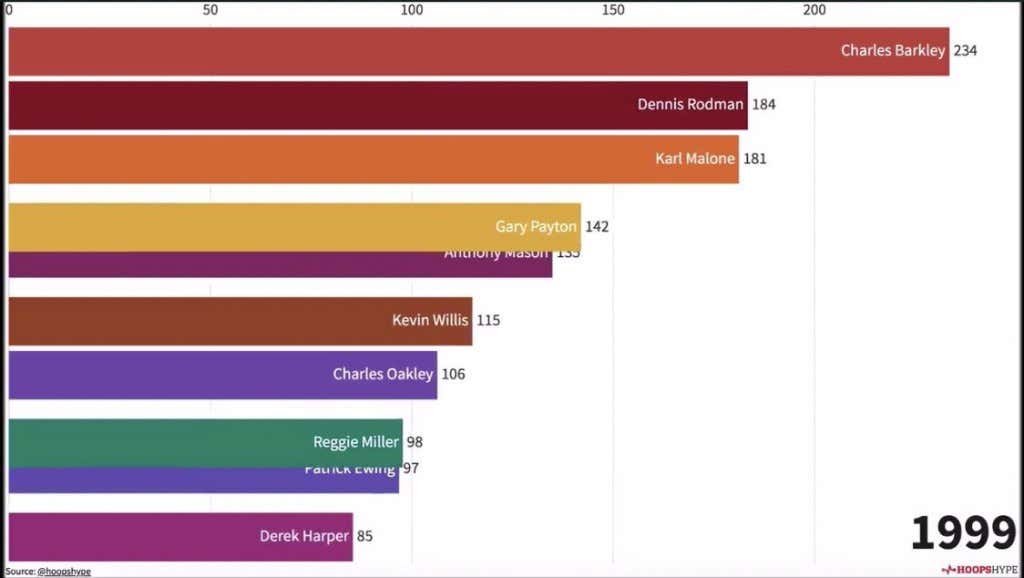 Nowhere to be found. Potentially not even in the NBA or an alive human being if you let this chart tell the whole story. Guy was an angel. Was probably too busy building children’s hospitals with Mother Theresa during these years. Simply no time to rack up technical fouls. 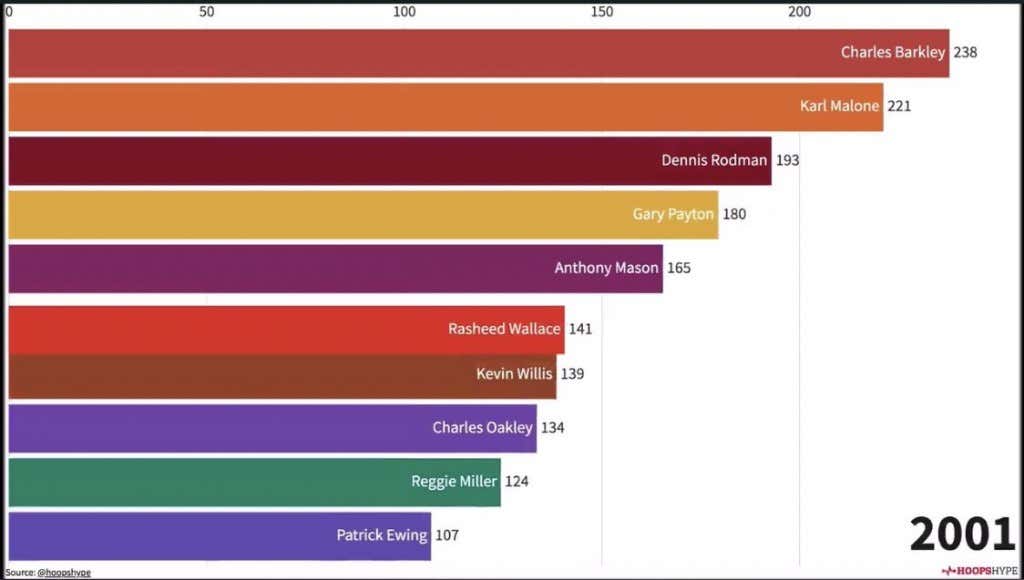 THERE HE IS! Like a bolt of lightning from the back of the pack! I never got to watch Secretariat race but no fucking chance it was anywhere nearly as amusing as this computer generated time-lapsed chart. No chance in hell. Once Rasheed got his first tech he was hooked. Constantly chasing that white horse game after game, in search of his fix. The type of dominance we’ll probably never be able to witness again in our lives. Potentially on the short list of most unbreakable records in sports. You could have been born any time, you were lucky enough to exist during the same time frame as Sheed. Be thankful.