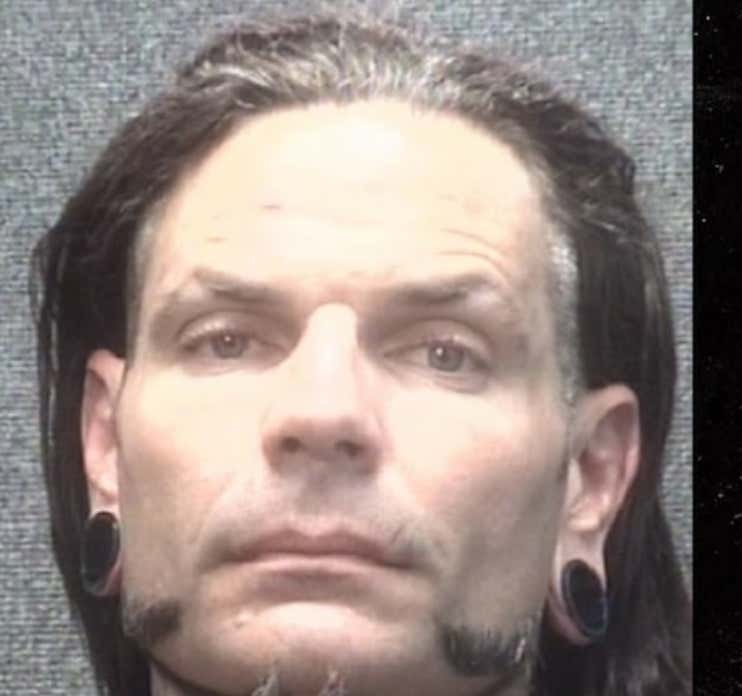 TMZ - WWE wrestler Jeff Hardy was passed out in a public stairwell and reeked of booze before cops arrested him Saturday … this according to new police docs obtained by TMZ Sports.

We broke the story … Hardy was busted down in Myrtle Beach, South Carolina this weekend for allegedly being drunk in public — and was eventually released on less than $200 bond.

Now, we’ve obtained police docs that say Hardy admitted to drinking vodka before cops found him passed out in a stairwell.

Court officials tell us … because Hardy paid a $153 ticket for public intoxication, his case is considered closed.

There isn’t a ladder in existence that Jeff won’t climb and unreasonably jump 20 feet off of onto another human being while simultaneously getting 6 inches from breaking his neck.

In recent years (very well might be a decade at this point, one year just bleeds into the next and it’s hard to keep track) he’s gotten himself into all sorts of drug/alcohol/legal trouble. It suckssssss. I guess breaking every bone in your body for 20+ years takes a toll on you. He’s given everything to wrestling and now is chugging vodka and falling asleep in stairwells. It makes me sad.

Meanwhile his brother is doing great

and has a very entertaining IG page

Also he named his kids Maxel and Wolfgang, which is fantastic.

But back to Jeff, hopefully, hopefullyyyyyy he gets the help needs. So many wrestlers go down this path, we don’t want him to be the next one to leave us too soon.