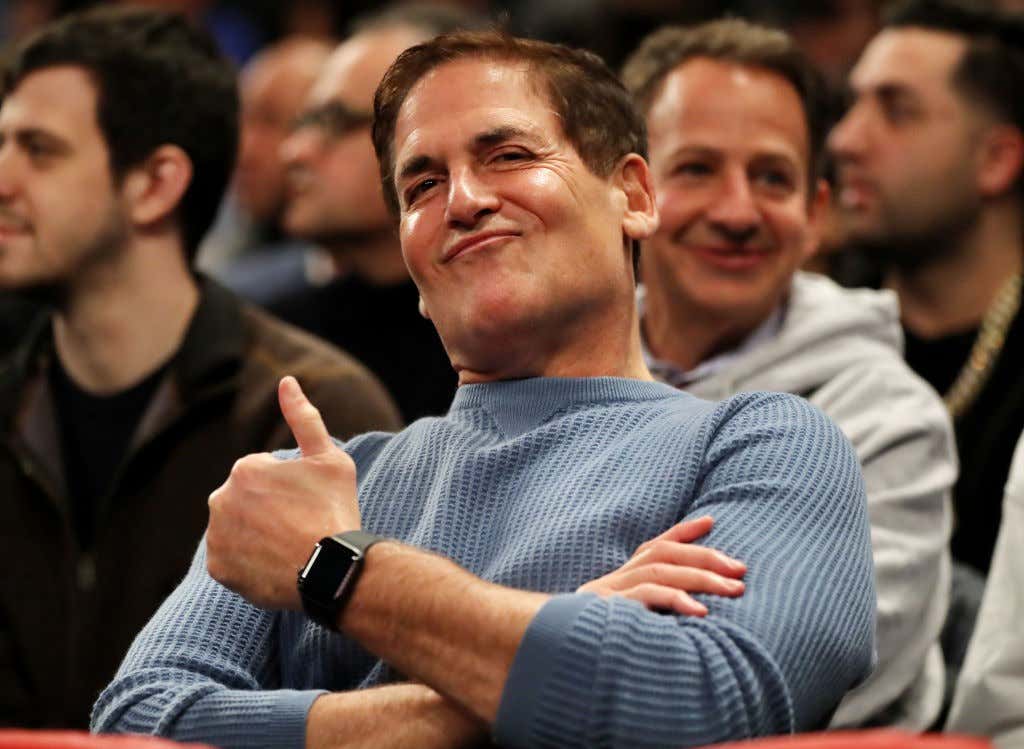 (ESPN) – The NBA fined Dallas Mavericks owner Mark Cuban $50,000 after he admitted to leaking information from last week’s Board of Governors meeting to a reporter, sources told ESPN.

The fine was not publicly announced, but the league office issued a memo to inform teams.

“I appreciate the irony of your reporting on a fine that someone should — but won’t — get fined for leaking to you,” Cuban told ESPN.

Sources said Sacramento Kings owner Vivek Ranadive expressed concern that information about the vote to allow coaches’ challenges was being reported while the meeting was still in session. Cuban immediately admitted that he leaked the information, sources said.

Cuban was fined because it is a violation of league rules to talk to outsiders about Board of Governors business.

What you thought Mark Cuban gave a shit about rules or getting fined??

This is a man that has accumulated 20 fines totaling $2.2M. That’s essentially 10% of all fines since 2000 and Cuban owns the title of being the most fined person in NBA history. A silly 50K fine is ash tray money to this man and the good thing is that he matches every penny he’s been fined to charity. But I also don’t get what the big deal is with this whole thing. So it’s technically against the rules to leak what happens in these Board of Governors meetings but this wasn’t even all that juicy. Coaches challenges? Like we weren’t going to hear about that anyway? I also don’t understand why Vivek was so bent out of shape about it, feels like a weird thing to get upset about. Either he’s a weird stickler for rules or there’s something personal at play here.

It is pretty badass though that Cuban came right out and just admitted it was him. That’s a man who gives zero fucks which is very on brand for Mark Cuban. While personally I wish he chose to leak something juicier than the coach’s challenge idea from those meetings, at least we now know he’s willing to put information out there and not give a shit about a potential fine so maybe there will be more leaks in the future. You also can take to the bank that it was Vivek who leaked this fine to the media since the NBA didn’t disclose it. Maybe there’s some beef between these two in regards to Marvin Bagley and Luka? Maybe Cuban talks a bunch of shit to Vivek about how he totally blew that pick and he should have taken Luka and this was his way of getting back at Cuban. I can’t think of any other reason why these two would have beef but if the result is us on the internet learning about some nuggets from these top secret meetings I am all for it.