https://twitter.com/Chargers/status/1150828772276391941
Look, you don't make it to the NFL without having some sort of chip on your shoulder at all times. Trust me, I know. So yeah, I love the fact that Keenan Allen is so fed up with his ratings that he's boycotting the game, and while I think it is hilarious, I still think he's wrong. He's an 89 overall! What's he so mad about???
Keenan Allen is pretty good. That's what category he falls into for wide receivers. Pretty good. But which one of these guys is he better than? 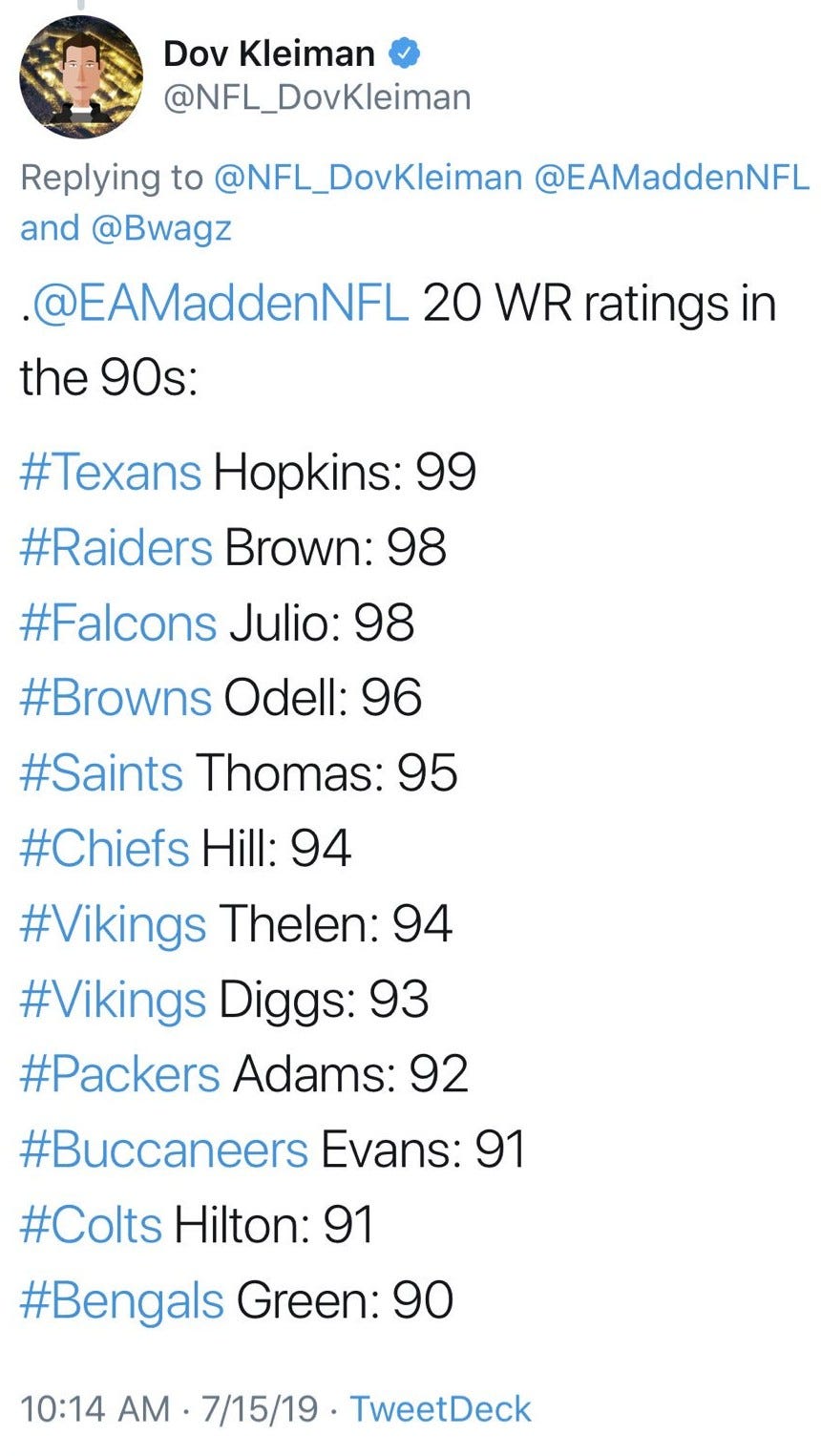 I don't think he has much beef here. AJ Green is a 90. Keenan Allen is an 89. Sounds about right to me. I mean, Keenan Allen was 12th in receptions, 15th in yards, and 26th in touchdowns last year. If you wanted to be rated in Madden like a top 5 receiver, put up top 5 receiver numbers!
The funniest part of this by far is that he's a 69 in strength. I think that's what really got to him. Honestly, no one cares about their short route running or medium route running ratings. Those are very subjective, like Keenan points out. But to be a 69 in strength means that the ratings makers think you are WEAK.
https://media.giphy.com/media/tyJCK4Zaoyv8A/giphy.gif
Hit the gym, Keenan! But yeah, Madden ratings are really funny because they are so subjective and no one knows how they're made. So who cares, right? I know I don't. Well, except for the fact that Baker Mayfield being an 83 overall and tied for the 12th best QB. That should be a crime.