A few weeks ago I experienced the moment that every girl dreams of – the proposal. The proposal! The biggest moment of my life! I’ve been in a state of sadness and sheer disappointment ever since the Bruins lost the Cup in Game 7 on home ice a month ago. So getting engaged to my boyfriend of four years who has great hair and a ripped body was a nice consolation prize. I’ll spare you the gushy details but it was very romantic and I didn’t see it coming. We’ve been together for a while and he’s been there every step of the way pre-Barstool, at Barstool and now officially he’ll be there for post-Barstool. Barstool isn’t a typical 9-5, so whenever we have to leave a bar so I can blog, or if I have to take a phone call at dinner…or do something for Dave while we’re together.. he understands the world I’m in and doesn’t complain one bit. I’m so very thankful for that.

Since we live in a fantasy world here at Barstool Sports my first thought after he popped the question (obviously after the excitement) was “holy shit where is Dave gonna sit?”. It’s an honor to be a part of Team Portnoy. Name another boss who would take a day off from his month-long vacation in Nantucket to go to Philly and do some pizza reviews with some members of TP?

That’s right. So this decision may be the most important decision of my life. Because I’ve already got it right with who I’m gonna spend the rest of my life with. Now I gotta make sure DP has the best seat in the house. I’ve got some options, I could go straight up with a Team Portnoy table and sit him with Frankie, Tommy, Zah,  (fuck the Blues) and company. But he already spends so much time with them, would he want to sit there? This isn’t exactly a work affair, it’s a celebration.

What about in between the bride and groom? I’m sure my fiancé would understand. 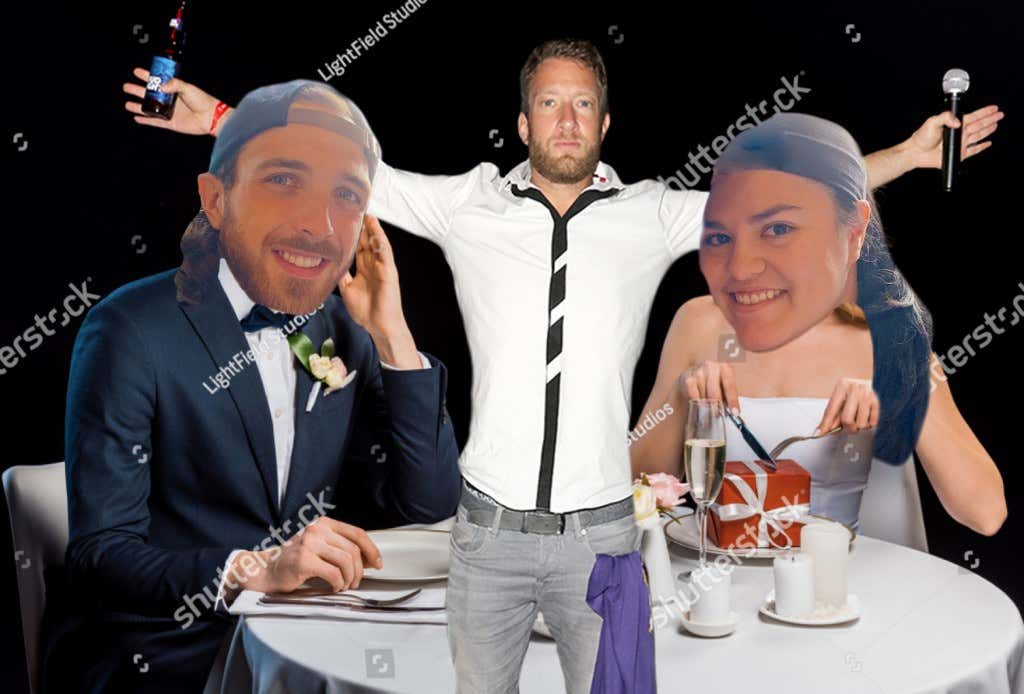 Needless to say he’ll have a better seat than being in the nosebleeds like he was at KFC’s wedding. 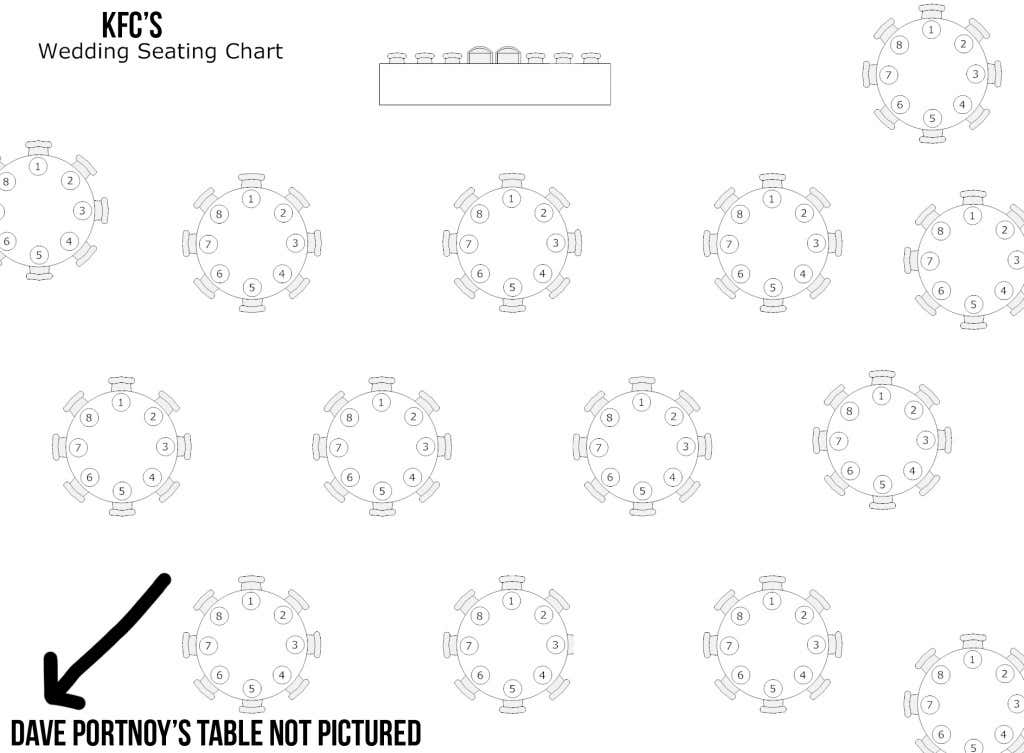 Who knows, maybe he’ll just end up officiating my wedding and where he sits won’t be a problem… Stay tuned to see who from HQ makes the cut and gets an invite!

p.s I’ve learned in the past week or so that weddings are very expensive, so my wedding may very well be coming soon on Barstool Gold pending a meeting with Erika Nardini. I’m definitely not not kidding. $$$$$$$